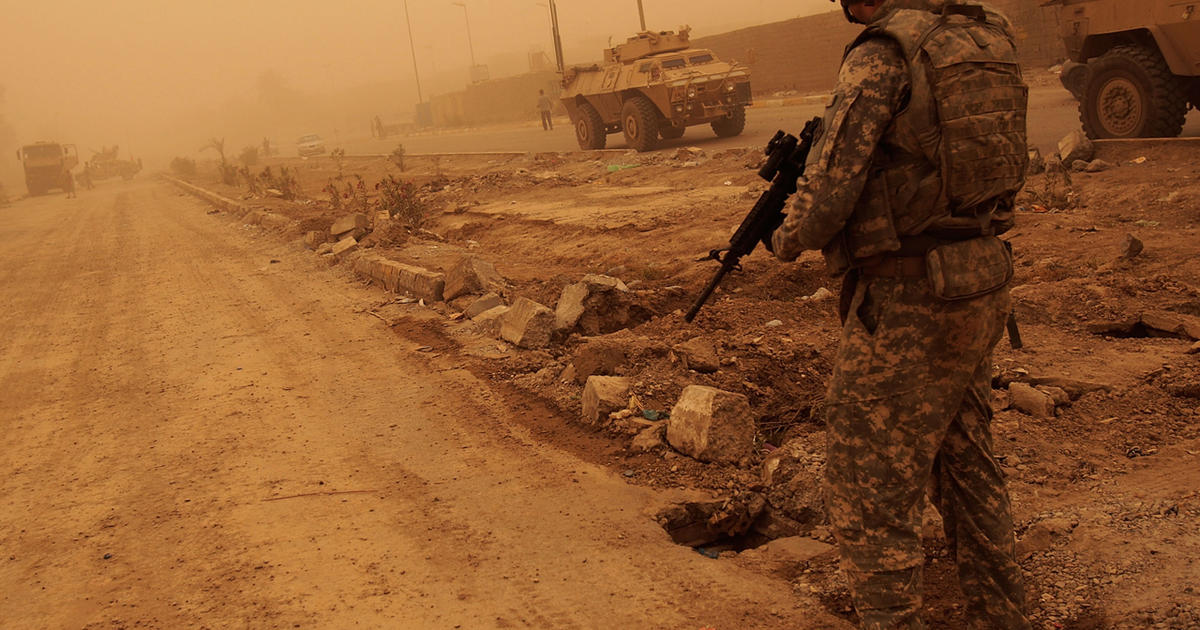 The mission of U.S. forces in Iraq has shifted to training and advisory roles, allowing for redeployment of combat forces remaining in the country, U.S. and Iraq delegates said Wednesday after a third round of strategic U.S.-Iraq talks.

Statements issued by both sides, however, said the timing of such a redeployment would be determined in upcoming technical talks, without specifying when they would take place. They also stressed the need for continued security cooperation.

The talks — held virtually because of the pandemic — began in June under the Trump administration. Wednesday’s round, the first under President Biden, centered on an array of issues, including the presence of U.S. troops in Iraq.

Iraq had requested the latest round, partly in response to pressure from Shiite political factions and militias loyal to Iran that have lobbied for the remaining U.S. troops to leave Iraq. Participants included U.S. Secretary of State Antony Blinken and Under Secretary of State for Political Affairs David Hale, and Iraqi Foreign Minister Fuad Hassan.

A State Department statement following the talks said that with increasing capacity of Iraqi security forces, the mission of U.S. and coalition forces “has now transitioned to one focused on training and advisory tasks, thereby allowing for the redeployment of any remaining combat forces from Iraq.”

The Pentagon press secretary, John Kirby, said Wednesday’s statement does not represent an agreement to begin a further withdrawal of U.S. forces.

Iraqi military spokesman Brigadier General Yahya Rasool said later that Prime Minister Mustafa al-Kadhimi has ordered the formation of a committee that would hold technical talks with the American side to approve “mechanisms and timings” related to the redeployment.

Al-Kadhimi has walked a tightrope as he negotiates with the Americans while coming under growing pressure from local militias loyal to Tehran.

Last week, a convoy of heavily armed Shiite militiamen drove openly through Baghdad, denouncing the U.S. presence and threatening to cut off al-Kadhimi’s ear, a display that clearly sought to undermine the premier.

Angered, al-Kadhimi asked Iran’s leaders to rein in Iran-backed militias in Iraq and suggested he would confront the factions, two Iraqi officials said Wednesday. In the note, al-Kadhimi threatened to “announce clearly who backs these groups,” the officials said.

It was not immediately clear who the message was given to. The timing suggested al-Kadhimi, who has appeared powerless in confronting the militias, was looking to appease the Americans ahead of Wednesday’s talks.

The message led to a two-day visit this week by the Iranian Revolutionary Guard’s Quds Force chief Ismail Qaani to Baghdad, where he met with militia and Shiite political leaders and called for calm, according to a senior Iraqi Shiite politician.

The two Iraqi officials and the Shiite politician all spoke on condition of anonymity because they were not authorized to talk to reporters.

Iraqi and U.S. officials have said they support a scheduled withdrawal from Iraq but questions remain over timings and the scope of the threat posed by the Islamic State group. According to the Pentagon, the number of U.S. troops in Iraq has dropped to about 2,500 over the past months.

Iraqis, particularly under former President Donald Trump, have often felt squeezed and pressured by both their allies, the U.S. and Iran. Tehran, for instance, seeks billions of dollars in payment for crucial gas and electricity supplies to Iraq. Iraqi officials say the money is sitting idle in an account at the Trade Bank of Iraq because of U.S. restrictions and fears of sanctions.

In a positive sign, the Biden administration last month permitted a 120-day sanctions waiver for Iraq to continue importing energy from Iran, the maximum time frame allowed. Waiver renewals under Trump were often for shorter periods and laden with conditions.

Iraq relies on Iranian supplies for a third of power needs, especially during peak summer months. Electricity cuts over payment issues resulted in violent protests in the southern province of Basra in the summer of 2018. As Iraq plans for nationwide parliamentary elections in October, the need to avoid unrest is high.

Currently, Iraq can pay Iran indirectly for the supplies in several ways. It can pay in humanitarian goods or medicines, cancel Iran’s foreign debt, and foot bills such as Iranian Embassy expenses, the costs of Iranian companies operating in Iraq and those of Iranian pilgrimages to Shiite holy sites in Iraq.

But doling out these payments has been difficult, partly because U.S. conditions are so strict.

Thu Apr 8 , 2021
South Carolina’s House of Representatives gave a key approval on Wednesday to a bill that would create the state’s first hate crime legislation, CBS affiliate WLTX reported. South Carolina is one of just three states that do not have similar bills, which increase criminal penalties for people who commit hate […]