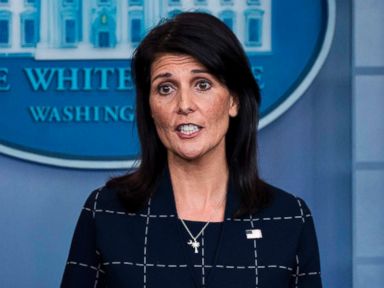 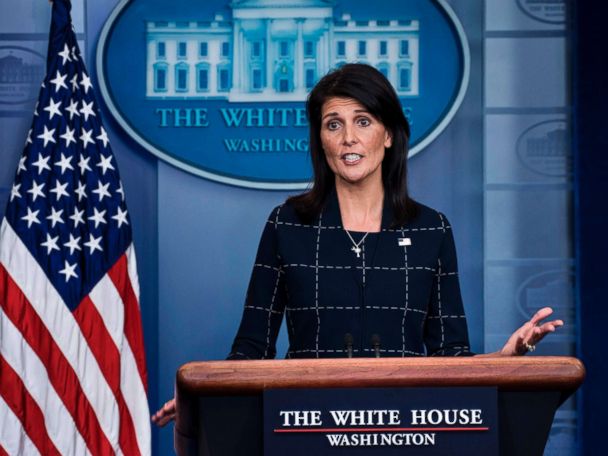 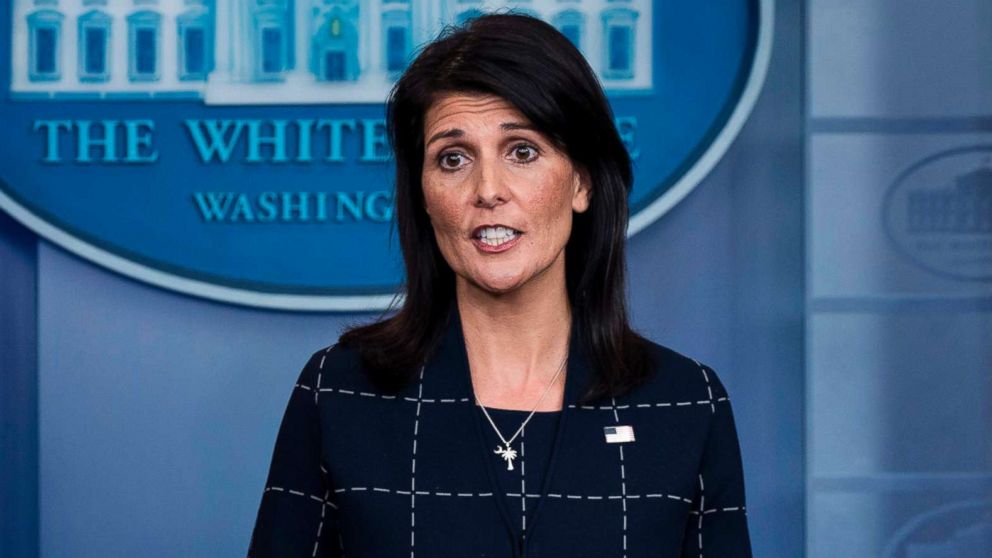 U.S. Ambassador to the United Nations Nikki Haley dismissed rumors of friction between her and Secretary of State Rex Tillerson during an appearance on “This Week” Sunday.

Haley was asked by ABC News Chief Anchor George Stephanopoulos on “This Week” Sunday about a Politico report that tensions between Haley and Tillerson are reaching “World War III” proportions.

“At the end of the day, we present the president with all of the facts, we let him make decisions, and we all as a team go out and support that decision,” the U.N. ambassador said. “My relationship with Secretary Tillerson or [Defense Secretary] Mattis or anyone else, it’s all a great relationship because we are all looking out for the best interests of America.”

Haley also brushed off a charge by Republican Tennessee Sen. Bob Corker, the chair of the Senate Foreign Relations Committee, that President Trump is undermining Tillerson’s authority on the world stage.

“I have seen the president and Secretary Tillerson work together,” Haley said. “They work very well together. They talk through things and then they manage it properly. If there’s an issue, I haven’t heard about it.”

Haley also addressed Trump’s decision this week to decertify the Iran nuclear agreement and leave it to Congress to decide whether the U.S. should stay in the deal.

Stephanopoulos pressed Haley on whether Iran is violating the agreement negotiated by the Obama administration.

“Well right now I think we’re saying, no,” Haley replied, adding, “As far as we see, they’re in compliance” with the core parts of the agreement.

“But what we’re saying is, ‘Is America still safe? Are we OK with them doing all these other bad things?” the ambassador went on, citing Iran’s alleged arms smuggling, missile testing and support of terrorism.

“Everybody is turning a blind eye to Iran and all of those violations out of trying to protect this agreement,” Haley said. “What we need to say is, ‘We have to hold them accountable.’”

Sun Oct 15 , 2017
Conservative commentator Charlie Sykes said Republican Sen. Bob Corker’s recent searing criticism of President Donald Trump are a “come-to-Jesus” moment for the Republican Party. “What Bob Corker said is what a lot of Republicans are thinking but not willing to say in public,” the former radio host told ABC News […]