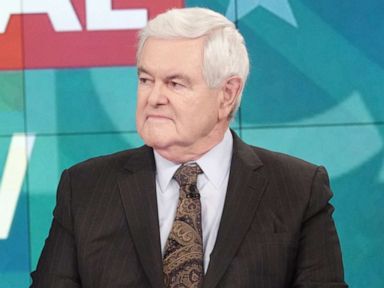 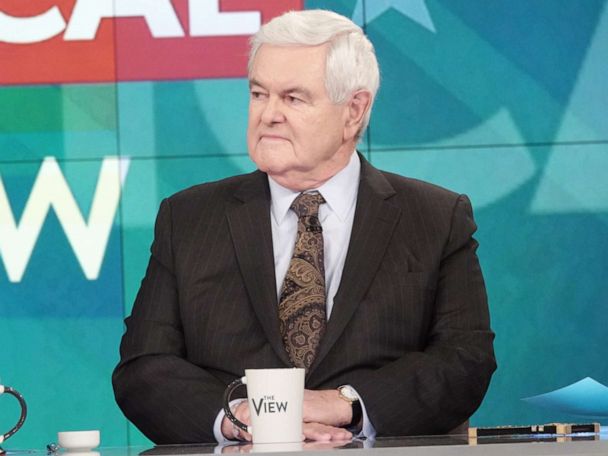 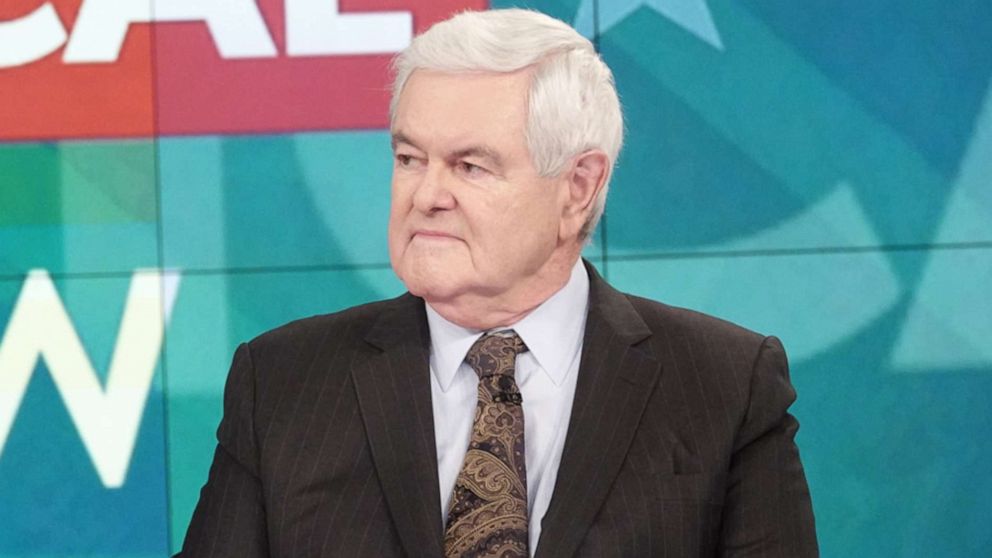 Former House Speaker Newt Gingrich seemed to defend President Donald Trump on “The View” on Tuesday hours after the president compared the impeachment process against him to a “lynching.”

Trump took to Twitter on Tuesday morning to voice his disapproval of the impeachment inquiry, writing, “So some day, if a Democrat becomes President and the Republicans win the House, even by a tiny margin, they can impeach the President, without due process or fairness or any legal rights. All Republicans must remember what they are witnessing here – a lynching. But we will WIN!”

So some day, if a Democrat becomes President and the Republicans win the House, even by a tiny margin, they can impeach the President, without due process or fairness or any legal rights. All Republicans must remember what they are witnessing here – a lynching. But we will WIN!

While guest co-hosting for “The View,” Gingrich spoke about the tweet.

“It’s exactly the same term that Clarence Thomas used,” Gingrich said, referring to the Supreme Court justice’s response to Anita Hill’s accusations of sexual harassment against Thomas in 1991, in which he complained the questioning during his nomination process was “high-tech lynching for uppity blacks.”

“[Trump was] beaten out for over two years with the Mueller thing,” Gingrich continued. “You start to relax. All of a sudden there’s this whole new wave of things, and I think part of what you have is a guy here who’s just really deeply frustrated that no matter where he turns, you know, the fight keeps going on.”

After calling Trump a “very important historic figure,” Gingrich noted that “there are things that he does that make it all harder” for him to be in office.

“If he were more disciplined, he would actually have a much easier road than he does,” Gingrich said. “He sort of chews up his own road as he goes down it.”

Sunny Hostin grilled Gingrich about the racial connotation that comes with the term “lynching” and asked if he thought it was racially charged to use the word. Gingrich began his response by saying it was going to be “very politically incorrect.”

“Most of the early American movies on lynching were about lynching white people,” Gingrich said. “One of the largest lynchings of the 19th century was Italians. So, there is a tradition here. It’s not only about black experience.”

When Whoopi Goldberg followed up on the question, asking if it was necessary for the term to be used at all, Gingrich said “it wasn’t.” Trump, he said, “often uses words more clumsily than he should.”

“I’ve been comfortable just calling it a witch hunt and a kangaroo court and things like that,” Gingrich said of the impeachment inquiry into Trump. “I haven’t gone up to that next level.”

Gingrich, a Republican from Georgia, served as speaker of the House from 1995 to 1999, during which he successfully helped lead Republican efforts to impeach then-President Bill Clinton.

House Speaker Nancy Pelosi launched an official impeachment inquiry into President Trump in September. As someone who’s been down the road to impeachment, Gingrich was asked by Abby Huntsman to share his thoughts about how the process is being handled.

“I think had Speaker Pelosi referred the Ukrainian phone call to a special counsel, they could do a lot of things,” he said. “Today, the White House doesn’t have a lawyer in these hearings. Secretary [Mike] Pompeo has staff going into a hearing, has no lawyer there, has no idea what they’re saying.”

Gingrich concluded that he wouldn’t take the same steps Pelosi has made in the impeachment inquiry so far because Pelosi “has no referral that says [Trump’s] guilty of anything.” He said she isn’t “following rules that are fair” as to “allow the person being accused to face their accuser.” Whistleblowers are protected by law against retaliation for lawfully filing a complaint for wrongdoing.

“I’m not concerned about anything,” Pelosi said. Republicans “can’t defend the president so they’re going to process.”

“We’re not here to call bluffs. We’re here to find the truth,” Speaker Nancy Pelosi says when asked about the decision not to hold an impeachment inquiry vote for now.

“We’re not here to call bluffs. We’re here to find the truth,” she added. “This is not a game for us. This is deadly serious.”

Editor’s Note: This article has been updated to include the correct quote from Justice Clarence Thomas, which was misquoted by Newt Gingrich.

Every episode of ABC’s award-winning talk show “The View” is now available as a podcast! Listen and subscribe for free on Apple Podcasts, Google Podcasts, TuneIn, Spotify, Stitcher or the ABC News app.

Sheryl Sandberg declines to endorse Elizabeth Warren for president, but hints at support