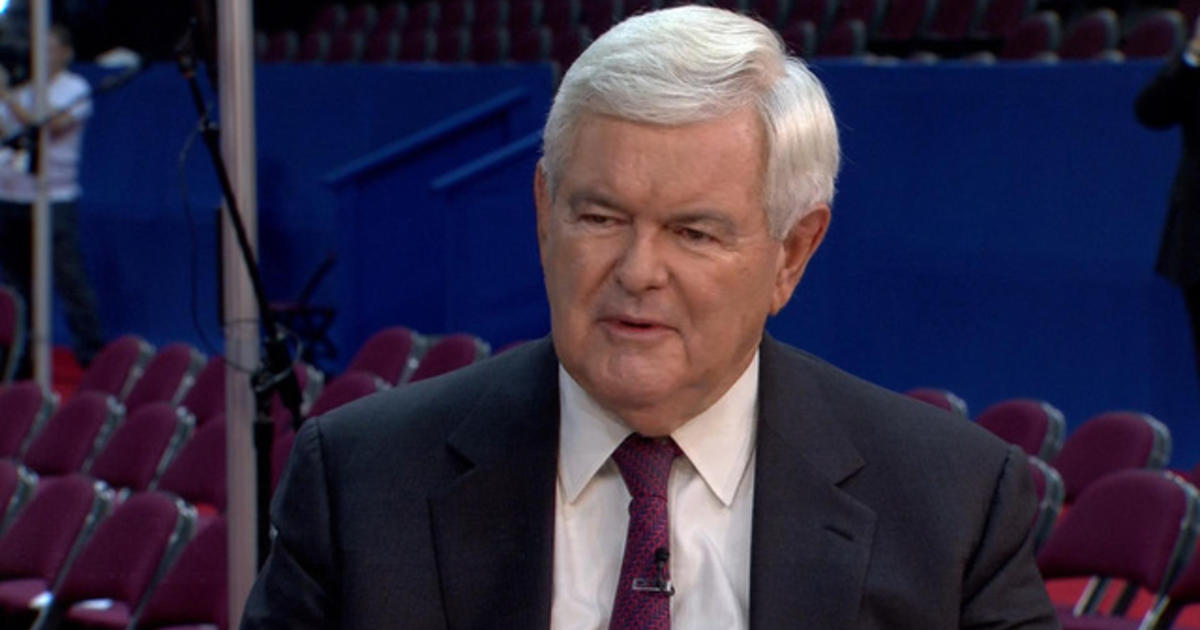 Newt Gingrich, the Republican House Speaker in the late ’90s, said on Monday that there would be no reporters — who he calls “enemies of the president” — at 1600 Pennsylvania Avenue if it was up to him.

Gingrich, who catapulted his career largely in part by appearances on cable news, made the comments while he was on CBSN Monday to discuss and promote his new book, “Trump vs. China: Facing America’s Greatest Threat.”

The former speaker of the House was responding to a question from CBSN anchor Vladimir Duthiers, who asked whether Gingrich would have advised the White House to have acting chief of staff Mick Mulvaney hold a press conference in which he appeared to admit that the U.S. withheld Ukraine aid in order to get the country to investigate the 2016 U.S. presidential election.

“If I had had the ability to do it, there wouldn’t be a White House press corps in the White House,” Gingrich responded.

“Why is that?” asked CBSN anchor Anne-Marie Green.

“Because they’re all the enemies of the president. I mean why would you call on people who get up every morning saying I hate Donald Trump, I wonder how I can make his life miserable?” Gingrich answered.

“Well this is the opportunity for the president to speak to the people, right?” Green interjected.

“No, the president can speak to the people anytime. He doesn’t need to speak to a bunch of reporters who are then going to be distorted by their editors,” Gingrich said.

Duthiers pointed out that Gingrich, as speaker of the House, helped stir up political divisions on Capitol Hill and contributed to the hostile rhetoric surrounding the media that is used still today, even by the president himself. Mr. Trump frequently describes the media as “corrupt” and the “enemy of the people,” and he has praised autocratic leaders of other countries for restricting their press corps.

Under Mr. Trump, the United States’ press freedom rating has dipped. The U.S. now ranks 48th in the world for press freedom, according to Reporters Without Borders. It was 43rd in 2017.

Mon Oct 21 , 2019
A top Louis Vuitton designer called President Trump “a total joke” and accused him of homophobia after the president toured a new Louis Vuitton facility in Texas. Before his rally in Dallas Thursday, Mr. Trump attended a ribbon-cutting ceremony for the new workshop in Alvarado, Texas, where the luxury brand will […]