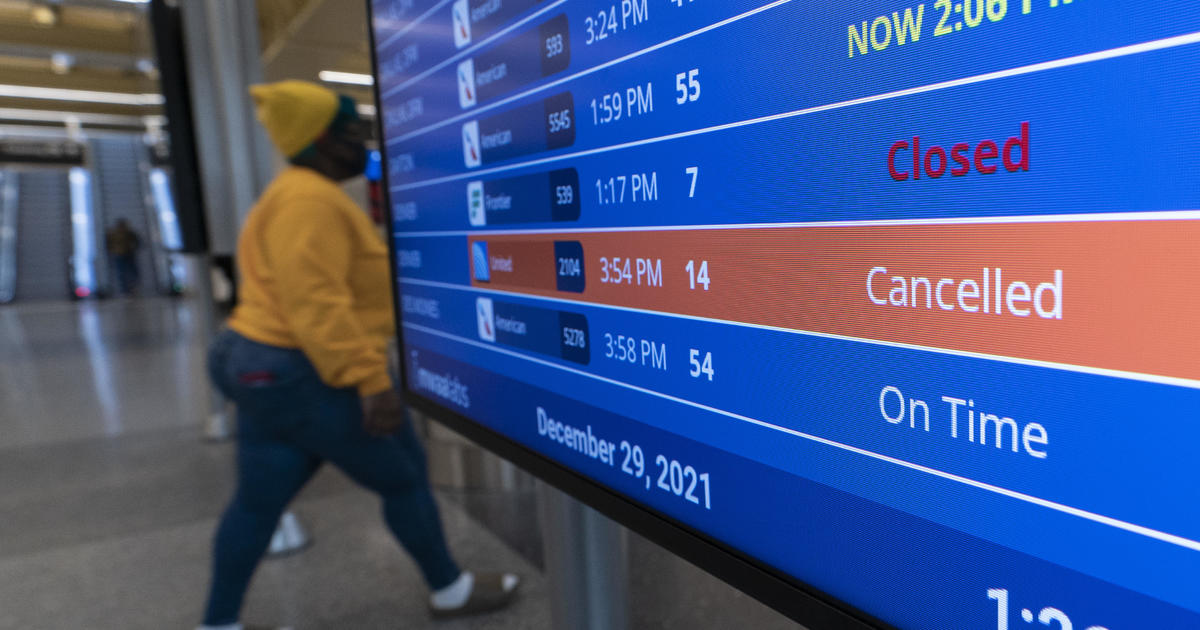 Travelers who have ever had a flight delayed or canceled know that a compensatory flight credit doesn’t always make the inconvenience easier to take. But under a new rule proposed by the Department of Transportation, getting a refund could become easier.

“If your flight is canceled or delayed three hours for a domestic flight or six hours for an international flight, you must get a refund within seven days of a refund request if you pay by credit card,” said White House spokeswoman Karine Jean-Pierre on Thursday. “That refund policy also applies if they change your arrival airport, if they add more stops or if they downgrade the class you’re flying in.”

Under the proposed rule, travelers would also be entitled to a travel credit or voucher that is “valid indefinitely” if they can’t fly because of certain pandemic-related reasons. If an airline or ticketing agent had previously gotten “significant” government assistance during the public health emergency, it would be required to offer refunds instead of the credits or vouchers, the Department of Transportation said.

The Department of Transportation announced the proposed rule Wednesday, citing significant traveler complaints from consumers with non-refundable tickets whose flights were canceled or who could not fly because of the pandemic.

While the department had long held that passengers were entitled to an immediate refund back to their original method of payment for a canceled flight, CBS News senior travel editor Peter Greenberg reported that many carriers ignored that during the coronavirus pandemic.

The department said in its announcement it was looking to formally define what it means for an airline to make a significant change and what constitutes a cancellation because of “inconsistency among carriers on when passengers are entitled to refunds.”

“When Americans buy an airline ticket, they should get to their destination safely, reliably, and affordably,” said U.S. Transportation Secretary Pete Buttigieg. “This new proposed rule would protect the rights of travelers and help ensure they get the timely refunds they deserve from the airlines.”

Under the proposed rule, passengers would be entitled to a non-expiring voucher or flight credit if a pandemic leads to government-mandated bans on travel or closed borders.

The department will accept comments from the public for 90 days before finalizing the rule.

Thu Aug 4 , 2022
Four people were found dead in two early-morning house fires which occurred just blocks apart in the eastern Nebraska town of Laurel Thursday. Authorities said foul play is suspected, but no arrests have been made. A little after 3 a.m., firefighters were dispatched to a report of an explosion and […]