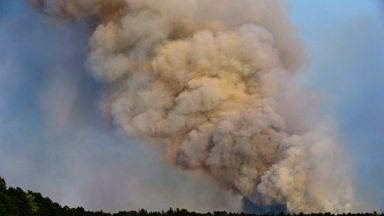 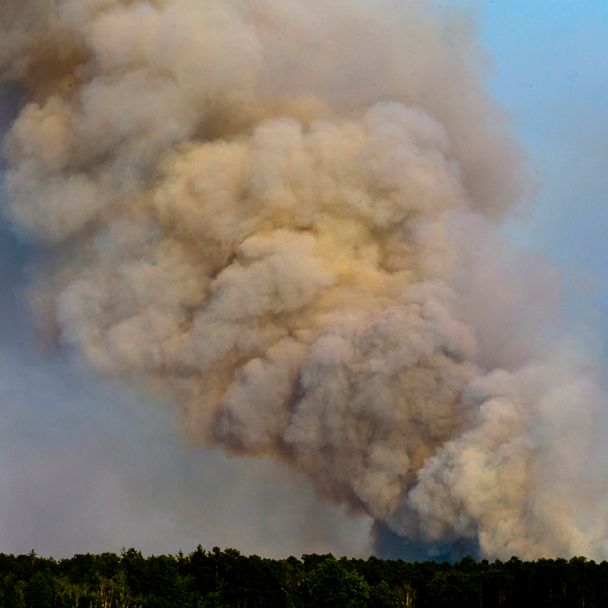 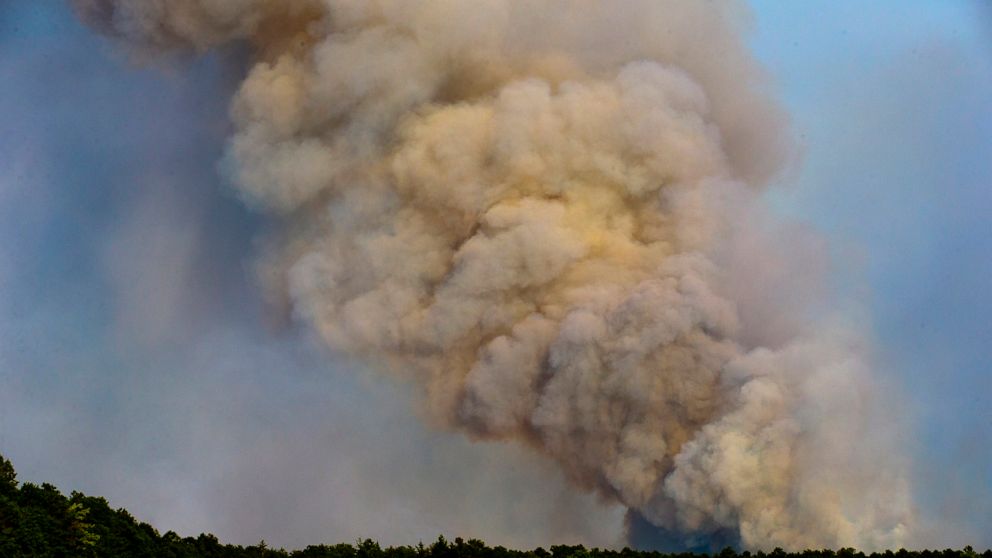 A wildfire in New Jersey’s Wharton State Forest has reached 12,000 acres, making it the state’s largest fire since 2007.

State officials have reported that the “Mullica River Fire” is now 70% contained as of Monday night.

“We have essentially ruled out natural causes and so we’ll continue to investigate the fire,” Gregory McLaughlin, chief and state fire warden for the New Jersey Forest Fire Service, said at a Monday afternoon press conference.

McLaughlin added that the fire is still under investigation, and did not say a specific cause for the expanding fire.

“Illegal campfires and fires that aren’t fully extinguished continue to pose a great risk,” said Shawn LaTourette, commissioner of the New Jersey Department of Environmental Protection. “It’s important to recognize that because it places us within our power to avoid circumstances like this.”

The fire has been projected to reach 15,000 acres, according to officials.

“It’s been a really long time since I actually saw fire whirls on a fire, and yesterday I saw several of them. That’s extreme fire intensity,” McLaughlin said.

Officials said full containment of the fire is expected by Wednesday. It persists in Washington, Shamong, Hammonton and Mullica townships.

The state of New Jersey issued an air quality alert for areas in southeastern New Jersey on Monday, but that alert expired at midnight on Monday night. So far, no further alerts have been issued by state officials.

The National Weather Service at Mount Holly told ABC News there has been an increase in reports of residents smelling or seeing smoke on Tuesday morning.

The NWS at Mount Holly received several reports from coastal New Jersey on Monday, specifically near Atlantic City, as smoke was being pushed towards the coast by winds.

However, more reports came in on Tuesday from northern and central New Jersey as the wind shifted to blow southwest, pushing smoke towards North Ocean County and Monmouth County.

“It’s likely that the fire will be fully contained within the next 24 hours,” Jonathan O’Brien, meteorologist at the NWS’s Mount Holly office, told ABC News. “There could be some hot spots within the containment over the next couple of days, but the weather will continue to be more favorable today and tomorrow, with some rain.”

O’Brien added that even though this is the largest wildfire New Jersey has seen in over a decade, it occurred in a very remote area that is prone to fires, and didn’t create a threat to residential areas beyond the smoke.

There are still no reported injuries, but 18 structures have been threatened. Structure protection is being provided by local volunteer fire departments from Atlantic, Burlington and Ocean counties, officials said.

Batsto Village and its hiking and mountain bike trails are closed to visitors. The nearby Atsion Recreation Area is also closed.

The closures will remain in effect until further notice.

Tue Jun 21 , 2022
Our goal here at Credible Operations, Inc., NMLS Number 1681276, referred to as “Credible” below, is to give you the tools and confidence you need to improve your finances. Although we do promote products from our partner lenders who compensate us for our services, all opinions are our own. (Credible) […]