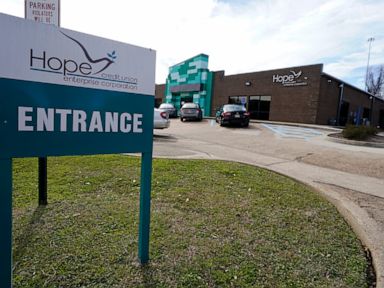 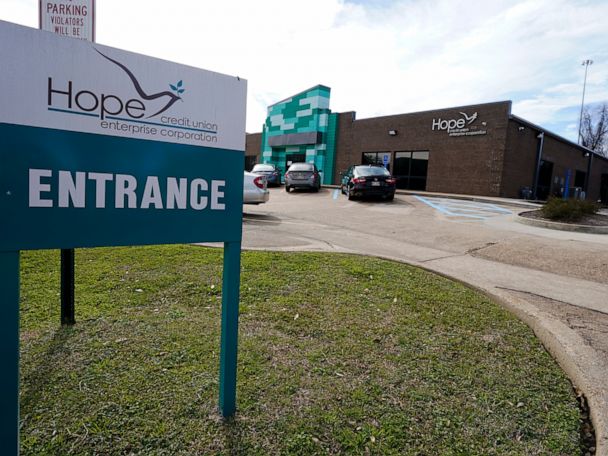 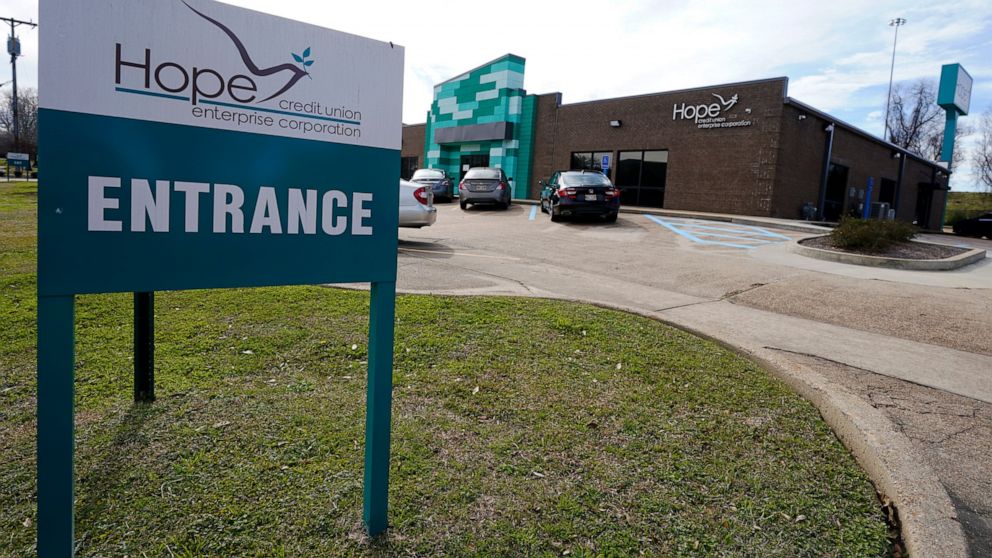 NEW ORLEANS — Small minority-owned businesses have often struggled to gain access to capital and other tools to grow, a challenge made more daunting by the economic upheaval of the coronavirus pandemic. But a new effort announced Tuesday aims to address those disparities in pockets of the nation long gripped by poverty.

Hope Enterprise Corporation, which runs a Jackson, Mississippi-based credit union that specializes in lending and other financial services to underserved communities in the Deep South, is partnering with seven cities and nine historically Black colleges and universities to launch the “Deep South Economic Mobility Collaborative.” Goldman Sachs 10,000 Small Businesses initiative is providing up to $130 million to the endeavor, which will be available to clients in Louisiana, Mississippi, Alabama, Arkansas and Tennessee.

It’s estimated that well over 100,000 small U.S. businesses have failed since the COVID-19 pandemic began, with many in the underserved communities struck especially hard. Many struggling companies were unable to get loans, including newly formed businesses and those whose financial records didn’t meet bank requirements.

“We’ve seen businesses close in record numbers, particularly small businesses, mom and pop businesses, those owned by people of color,” said Bill Bynum, CEO of Hope Enterprise Corporation, speaking exclusively to The Associated Press ahead of the launch. “We think right now the resources that we have and the partnerships that we can bring to bear with cities and with anchor institutions like HBCUs is needed now more than ever.”

The collaborative would be something like a “one-stop shop for business support,” said Bynum.

He said businesses could access capital provided by Goldman as well as online class offered through Goldman’s 10,000 Small Business Initiative, which assists small business owners. The business owners would also be able to access resources such as small business development centers offered by some HBCUs or procurement and contracting programs in certain cities, Bynum said.

Any business owner in the five states can apply but the program aims especially to help minority-owned businesses in a region that has struggled to address deep poverty and racial economic disparities.

Hope gave out nearly 3,000 loans in the Deep South in the first round of lending of the Paycheck Protection Program, a key federal government program designed to help businesses hurt by the economic closures arising from the virus outbreak.

in the Deep South to small business owners during the first round of lending, and the majority of them were to entrepreneurs of color, Bynum said.

Chris Johnson, owner of The Barber Club Shop LLC in a New Orleans suburb, was one of them. After spending a frustrating two hours on hold with a major bank only to get disconnected, he reached out to Hope and got a live person immediately.

He was told that he didn’t qualify at that time because he was the sole proprietor without any employees — a type of business that didn’t initially qualify. But the Hope employee took his name and email and contacted him later when the guidelines changed. He applied and received a loan, allowing him to stay open.

An analysis by The Associated Press in December also found that it took longer for minority owned businesses to obtain funding through the PPP.

Margaret Anadu, Goldman Sachs Managing Director and Head of the Urban Investment Group, said the collaborative aims to tap Hope’s expertise and experience in a region that has suffered economically. Anadu said the goal is very focused: “Let’s get capital to Black-owned businesses in the Deep South where there is some significant distress and do it with our public sector leaders and the best mission driven lender in that region.”

The project aims to help small businesses not just survive the immediate loss of revenue but figure out how to adapt their economic models for the long haul, Anadu said. For example, how do they create an e-commerce portal or develop better social media strategies?

Jackson, Mississippi, is one of the cities taking part in the collaborative. Mayor Chokwe Lumumba said a lot of the businesses in the city where 85% of the residents are Black suffer from lack of access to capital. Many of the business owners are skilled at their craft but don’t always have the financial education or resources needed to grow further.

“Part of my goal in supporting minority businesses is the expectation that if we can create the hole and they run through it then … they hire and support those people from the community which gave birth to them,” the mayor said.

Tue Feb 9 , 2021
MIAMI — The tiny glass vaccine vials are delivered to Miami’s largest hospital and immediately whisked to a secret location, where they are placed inside a padlocked freezer with a digital thermometer that reads minus 76 degrees Celsius (minus 105 F). An armed guard watches outside the door. The pharmacy […]