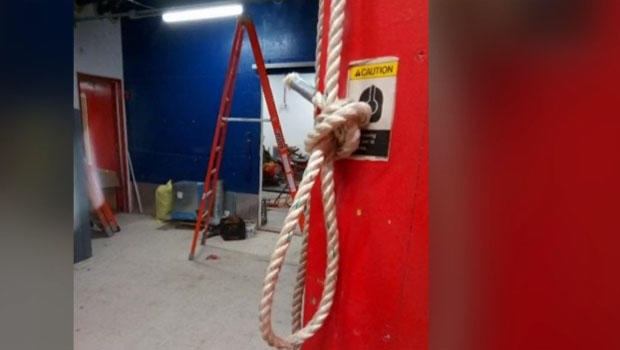 Annapolis, Maryland — The U.S. Naval Academy is investigating after what appears to be a noose was found hanging on academy property on the 56th anniversary of the March on Washington.

Naval Academy Superintendent Vice Admiral Sean Buck said in a statement Friday that the noose was found in a construction zone off-limits to staff in Rickover Hall, the school’s engineering building.

Carl Snowden is chairman of the Caucus of African-American Leaders. He says the caucus was contacted anonymously about a noose being hung on August 28, the 56th anniversary of the March on Washington led by the Rev. Martin Luther King Jr., when he gave his historic “I Have a Dream” speech. The group contacted the academy.

Jenny Erickson, a Naval Academy spokeswoman, said in an email to The Washington Post that the school didn’t learn of the discovery until the following week.

Buck said while it’s possible the noose was part of a hoisting system to complete ductwork, the academy will investigate it because it “takes all allegations of race hate very seriously and is working quickly and diligently to determine the facts surrounding the reported incident, specifically why the reported incident was not brought to light sooner.”

CBS Baltimore quotes Snowden as saying, “Nooses, like swastikas, conjure up images of a dark past. We appreciate the fact that the U.S. Naval Academy Superintendent Vice Admiral Sean Buck has instructed his staff to look into this matter.”

Netflix's pop is a chance to 'get short rather than long,' strategist says

Tue Sep 10 , 2019
Netflix’s stream lower seems to have stopped — for now. The stock popped by over 1% on Monday following a bullish note from Bank of America that flagged a “significant reacceleration” in downloads of Netflix’s mobile app from the third quarter of last year. The note comes after a nearly […]