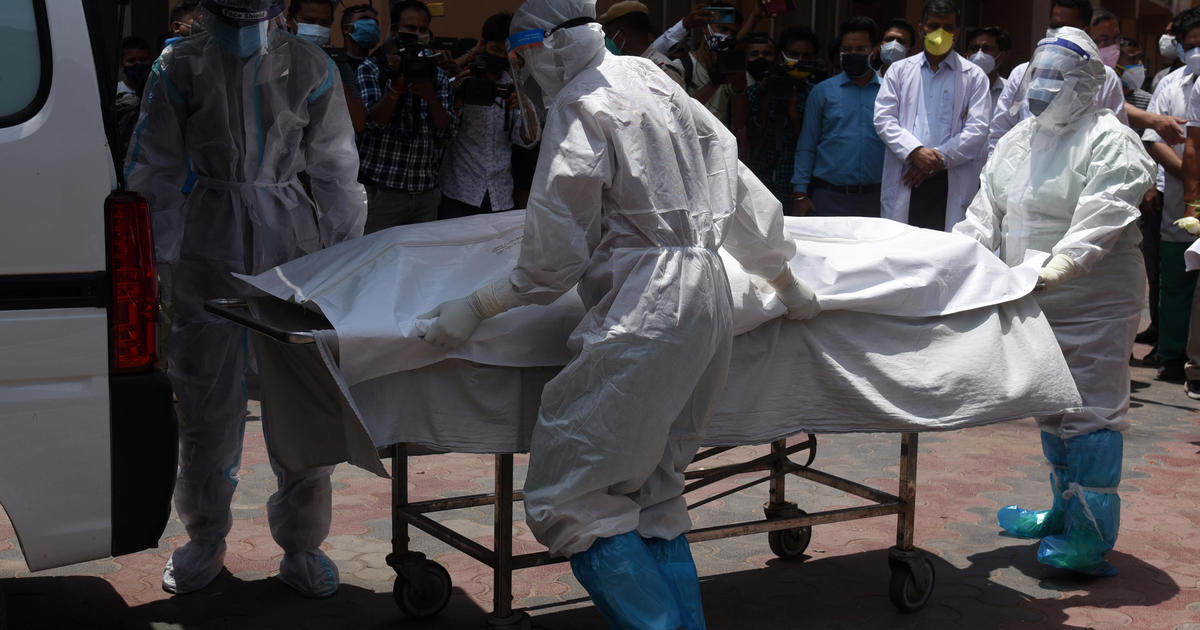 More people worldwide have died of COVID-19 so far this year than during all of last year, according to data tallied by Johns Hopkins University. So far, 3.77 million deaths have been reported since the pandemic began — with 1.89 million reported in 2021 exceeding the 1.88 million deaths counted as of December 31, 2020.

While the true toll of the pandemic last year may have been far higher — in part the result of data lags, missed cases, and incomplete reporting — the figure serves as a stark reminder of the raging pandemic that continues to claim millions of lives around the world, even as vaccinations have arrested the worst of the disease’s spread in the U.S. To date, a total of nearly 600,000 deaths have been reported in the U.S.

Worldwide, an average of more than 9,000 deaths from COVID-19 are still being confirmed daily. That rate of newly reported deaths has steadily declined from its last peak in April, but remains higher than record daily tolls from November of last year.

Cases, hospitalizations, and deaths are also climbing inside many countries. The World Health Organization warned this week that the Western Pacific region, which encompasses Asia, had again recorded its highest incidence of deaths to date.

“Increasingly, we see a two-track pandemic. Many countries still face an extremely dangerous situation, while some of those with the highest vaccination rates are starting to talk about ending restrictions,” World Health Organization Director-General Tedros Adhanom Ghebreyesus told reporters on Monday.

Public health officials have repeatedly warned world leaders against prematurely easing COVID-19 restrictions over the past weeks, citing concerns over a surge in new fast-spreading strains of the virus. The White House also raised concerns Tuesday over recent data suggesting vaccines were significantly less effective after one dose against the B.1.617.2 variant first identified in India. President Biden’s chief medical adviser, Dr. Anthony Fauci, urged Americans to “make sure you get that second dose.”

Dubbed the “Delta” variant by the World Health Organization, that mutation now appears to be driving outbreaks of cases in several countries around the world, even in the United Kingdom where 6 in 10 residents have at least one shot of a COVID-19 vaccine. Health officials say there’s evidence that being fully vaccinated still offers protection against all known variants.

In the U.S., B.1.617.2 has already been spotted by labs in 49 states. “Nowcast” projections published by the Centers for Disease Control and Prevention estimate it could make up 6.1% of circulating virus in the country.

The somber milestone also comes as President Biden is touting a “historic” purchase of 500 million doses in Pfizer’s COVID-19 vaccine to donate to low- and middle-income countries and the African Union through 2022, beyond the 80 million doses he had pledged to share by June.

“It’s also in America’s self-interest. As long as the virus rages elsewhere, there is a risk of new mutations that could threaten our people,” Mr. Biden said Thursday in announcing the purchase.

Global health officials praised President Biden’s announcement as “an important step forward” to help address “urgent” shortfalls in vaccine doses. The U.S. and other wealthy nations had faced growing criticism for months for choosing to vaccinate their own children and other low-risk residents “at the expense of health workers and high-risk groups in other countries.”

The Biden administration also recently announced it would unwind its use of the Defense Production Act for doses it had ordered from Novavax, Sanofi, and AstraZeneca, potentially freeing up unused vaccine supply that had been hoarded under the wartime powers for Americans.

However, doses from the president’s Pfizer purchase are not expected until August. The first delivery will number only “in the range of 50 million,” Gayle Smith, the State Department’s COVID-19 coordinator, said Thursday.

World leaders have also urged the Food and Drug Administration to speed its review of the vaccine components manufactured by Emergent BioSolutions for Johnson & Johnson, which remain stalled around the world as the FDA probes potential cross-contamination of their batches.

And the U.S. has faced opposition over other moves that could help scale up COVID-19 vaccine manufacturing in other countries, like its support of a patent waiver that remains in talks at the World Trade Organization.

“The most frustrating thing about this statistic is that it hasn’t changed in months,” he added.

Editor’s note: This story has been updated to correct the average daily death toll.

U.S. and U.K. leaders "working together" to end dispute over British teen's death

Fri Jun 11 , 2021
U.S. and U.K. leaders “working together” to end dispute over British teen’s death – CBS News Watch CBSN Live President Biden and British Prime Minister Boris Johnson sat down Thursday and discussed a variety of topics, including the 2019 death of British teen Harry Dunn in a crash with the […]