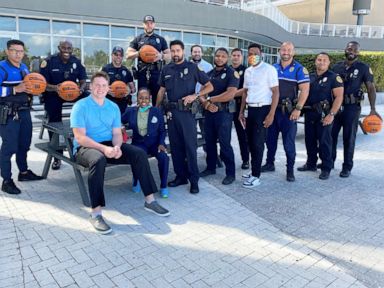 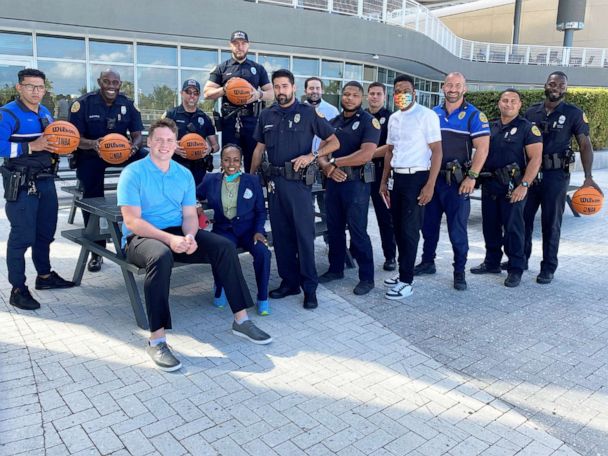 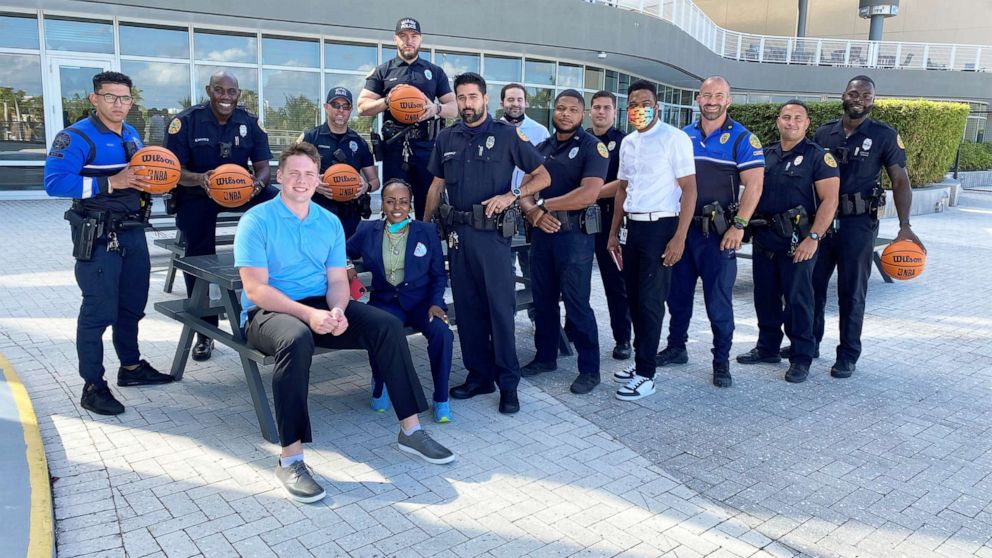 The Miami Heat partnered with the City of Miami Police Department and nonprofit organization Dedication to Community (D2C) in April to try and mend the relationship between the Miami community, and their officers.

The program’s training includes workshops with instruction and discussions between community members and police officers led by founder and CEO of D2C M. Quentin Williams and Co-facilitator Kim Varner Sr. With individual, one-on-one, and large group exercises, and solutions-based conversations the program aims to create a safe space for both parties to openly communicate and relate to one another.

ABC News contributor Darrell Blocker, retired CIA operative and current board member of Peace 4 Kids, a foster youth advocacy group, says that the work of bridging the gap between the community and police officers through programs like this is a grassroots effort.

“Trust was not lost overnight,” Blocker told ABC News. “It all boils down to opening up channels of communication.”

Williams, a federal prosecutor and former FBI agent, is the common thread between communities and law enforcement. He grew up in what he called a challenging time in Yonkers, New York, during the late 80s when the crack epidemic was already ripping through New York City.

“I didn’t want to be a cop,” Williams said to ABC News. “I saw my friends being taken to jail by cops.”

Ultimately, it was that “disparity and treatment” that drove Williams to later become an FBI agent. Even as an officer, he says his badge did not shield him from the discriminatory experience of being profiled by a fellow officer. In the summer of 1994, he says he found himself “in the back of a cruiser being arrested for fitting the description of somebody else earlier in the day.”

Williams says that experience coupled with his background have informed the way in which he approaches the training of law enforcement.

Officers like Tim Shaw, chief of police in Stamford, Connecticut, say they connected with Williams’ training. Shaw met Williams at the Fairfield County police chiefs quarterly meeting back in 2020. Following a mandate issued by the state of Connecticut requiring all officers to undergo implicit bias training, Shaw called on Williams to come down to train all 275 of his officers. For him, Williams and his storytelling represented “the right person in the room that can relate to the officers and to his staff.”

Previously, officers and community members would participate in training separately, but the program has since evolved to encourage engagement between both groups. According to Williams, the more comprehensive training stresses compliance of the community and professionalism of officers.

“Not every officer is as open to this topic as others,” Shaw said to ABC News.

Studies have long revealed the disproportionately unfair treatment of Black and Brown people by law enforcement in the United States that has been going on for centuries.

“We are utilizing our very unique position in our own city to act as a bridge between the community and the police,” Lorrie-Ann Diaz, Vice President of Business Communications and Social Responsibility for Miami Heat, told ABC News.

Wed Jun 22 , 2022
An airman was arrested in the U.S. on Thursday in connection with an April attack at a base in Syria that injured four other U.S. service members, according to a new statement from an Air Force official. “After reviewing the information in the investigation, the Airman’s commander made the decision […]