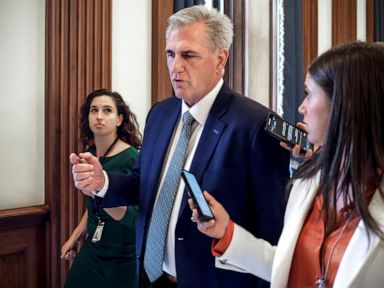 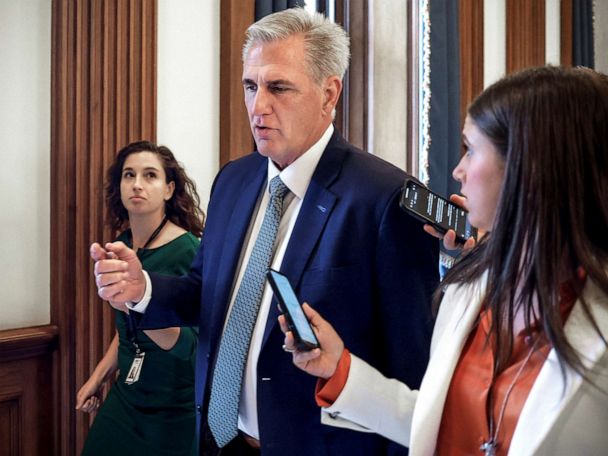 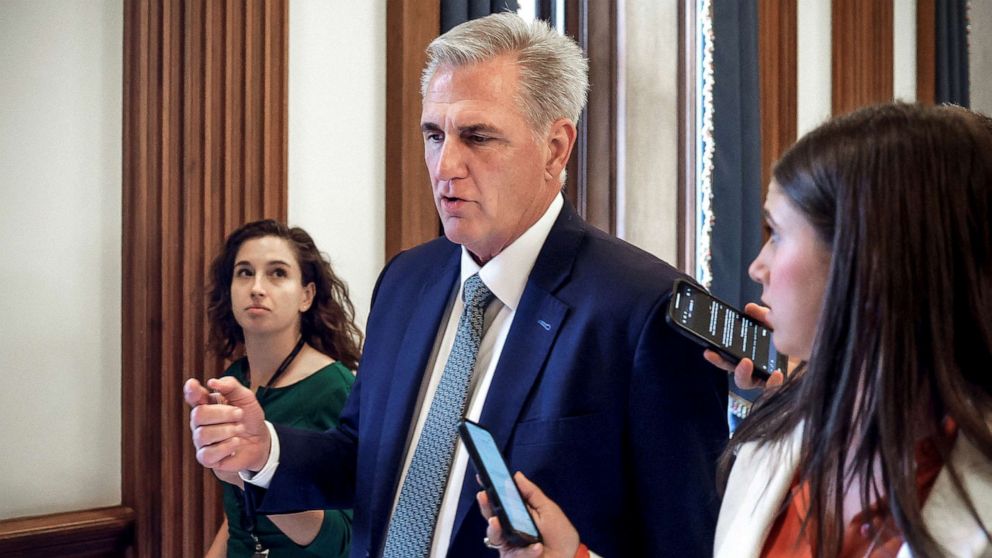 House Minority Leader Kevin McCarthy, R-Calif., on Thursday rolled out an agenda that he says the House GOP would follow should it retake control of the chamber after this year’s midterms.

The plan, dubbed the “Commitment to America,” marks McCarthy’s most concrete attempt to outline a policy agenda to try to persuade voters ahead of November’s races, in which the GOP is favored — but not guaranteed — to flip the House. The proposal seeks to replicate former Republican House Speaker Newt Gingrich’s “Contract with America,” an agenda released in 1994 when Republicans won control of the House for the first time in decades.

In a video, the minority leader cast the plan as a panacea for the country’s struggles, arguing the proposal would fix inflation, lower crime and other issues he lays at the feet of the Democratic majority in Washington.

“Violent crime is at record highs in our streets and neighborhoods. The border has become a national security crisis, with fentanyl killing our fellow citizens. Soaring inflation has shrunk paychecks and sent us into a recession. And our kids have fallen further behind thanks to school closures and lockdowns,” McCarthy says in the clip, seemingly filmed in a grocery store.

“The White House and the Democrat majority in Congress control Washington. They’re in charge. This is their record,” he says. “And yet, they want you to give them two more years in power. But Republicans have a plan for a new direction — one that’ll get our country back on track.”

McCarthy will formally roll out the plan at an event in Pennsylvania on Friday with a broad cross-section of House members, including moderates like retiring John Katko, N.Y., who voted to impeach former President Donald Trump, and Rep. Marjorie Taylor Greene of Georgia, a prominent bomb-thrower.

The proposals largely lean on issues that Republicans believe are advantageous for them this cycle, including stubbornly high inflation, concerns over crime and increases in southern border crossings.

While intended to detail what an agenda could look like in a GOP House majority, the plan is light on specifics. Included in the “commitment” are platitudes like “support[ing] our troops,” “exercis[ing] peace through strength with our allies to counter increasing global threats,” “recover[ing] lost learning from school closures” and “uphold[ing] free speech.”

The proposal also boasts of “rigorous oversight,” though no specific investigatory efforts are laid out.

Among the more specific policy suggestions are “support[ing] 200,000 more police officers through recruiting bonuses” and “repealing proxy voting,” which House members of both parties have relied on during the COVID-19 pandemic.

Republicans in Congress praised the plan on Thursday, saying it hits on the right policies.

“This is a guide a map to what we’ll do to a majority and I think the future speaker is handling it exactly the way it should be,” said Minnesota Rep. Tom Emmer, the chair of the National Republican Congressional Committee. “We’ve got the best candidates we’ve ever had, we’ve got the right message. It’s about cost of living, it’s about crime. It’s about the border.

When asked if the plan was specific enough, Nebraska Rep. Don Bacon said, “More of this is what we believe in, and this is what we are going to fight for. And I think they are good and I embrace them.”

The commitment was notably circumspect on one issue that has roiled the midterms: abortion.

The release of McCarthy’s vision for his caucus comes amid what strategists and lawmakers of both parties have suggested is a turning of the midterm tide away from what was expected to be a red tsunami earlier this year.

The Supreme Court’s June decision eliminating constitutional protections for abortion and a Democratic legislative hot streak this summer — including passage of the Inflation Reduction Act — have helped level the playing field as generic ballot polling shows Democrats closing the gap with the GOP.

The changed landscape has thrown into question control of the Senate, currently split 50/50, with Vice President Kamala Harris breaking ties, though Republicans are still favored by analysts to flip the House.

McCarthy’s decision to release a plan runs counter to the strategy of Senate Minority Leader Mitch McConnell, R-Ky., who has said he will unveil an agenda only if the Senate is controlled by Republicans next year.

“If we’re fortunate enough to have the majority … I’ll be the majority leader. I’ll decide, in consultation with my members, what to put on the floor,” he said earlier this year.

Democrats, for their part, came out swinging Thursday against McCarthy’s agenda, arguing that House Republicans are stoking divisions while President Joe Biden’s plans are the ones that would actually tackle the nation’s issues.

“Republicans are mistaken if they think their political stunt less than 7 weeks before the election will be enough to distract voters from their toxic record. While Democrats deliver critical investments, bring jobs back home from China, and fight to lower costs, Republicans stoke fear for power, obstruct popular legislation that will help everyday families, defend MAGA extremism, and push to ban abortion nationwide,” said Chris Taylor, a spokesperson for the Democratic Congressional Campaign Committee.