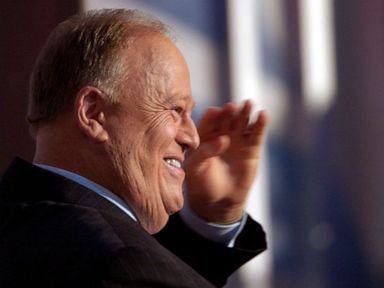 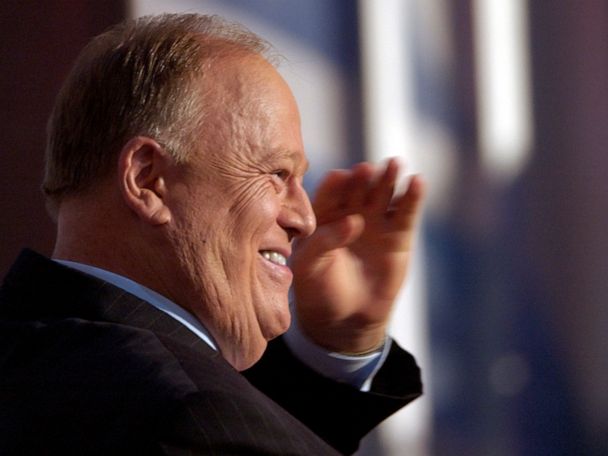 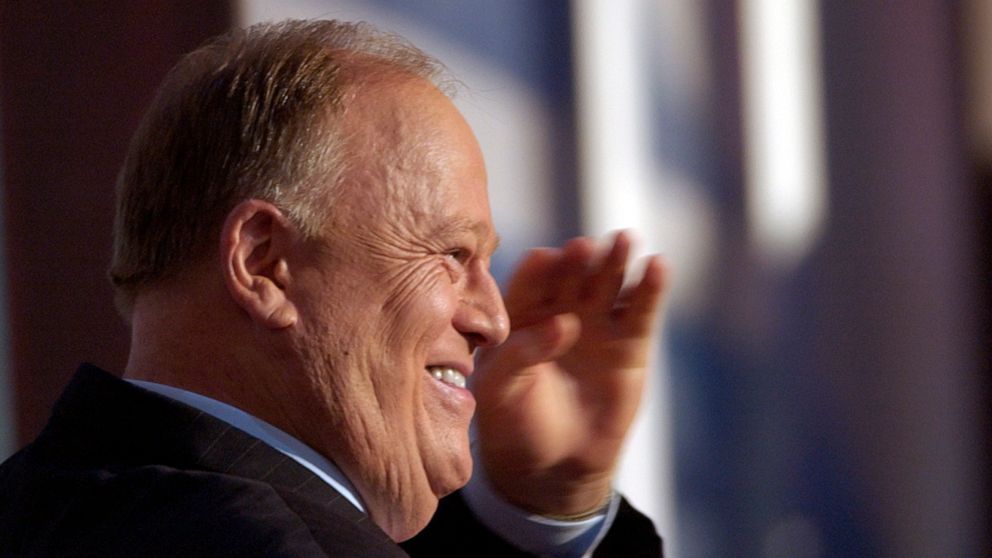 ATLANTA — Max Cleland, who lost three limbs to a hand grenade in Vietnam and later became a groundbreaking Veterans Administration chief and U.S. senator from Georgia until an attack ad questioning his patriotism derailed his reelection, died on Tuesday. He was 79.

Cleland died at his home in Atlanta from congestive heart failure, his personal assistant Linda Dean told The Associated Press.

Cleland was a U.S. Army captain in Vietnam when he lost his right arm and two legs while picking up a fallen grenade in 1968. He blamed himself for decades, until he learned that another soldier had dropped it. He also spent many months in hospitals ill-equipped to help so many wounded soldiers.

Fellow veterans cheered when President Jimmy Carter appointed Cleland to lead the Veterans Administration, a post he held from 1977 to 1981. The VA and the wider medical community recognized post-traumatic stress disorder — what had been previously been dismissed as shell-shock — as a genuine condition while Cleland was in charge, and he worked to provide veterans and their families with better care.

Cleland’s 2002 Senate loss generated enduring controversy after the campaign of Saxby Chambliss aired a commercial that displayed images of Osama bin Laden and Saddam Hussein and questioned the Democrat’s commitment to defending the nation. Sen. John McCain was among those who condemned the move by his fellow Republican.

“His leadership was the essential driving force behind the creation of the modern VA health system, where so many of his fellow heroes have found lifesaving support and renewed purpose of their own thanks in no small part to Max’s lasting impact,” Biden said in a statement.

President Bill Clinton praised Cleland as an extraordinary public servant, saying “I will be forever inspired by the strength he showed in supporting normalization with Vietnam after having made profound personal sacrifices during the war.”

A native of the Atlanta suburb of Lithonia, Cleland suffered grievous injuries on April 8, 1968, near Khe Sanh, as he reached for the grenade he thought had fallen from his belt when he jumped from a helicopter.

“When my eyes cleared I looked at my right hand. It was gone. Nothing but a splintered white bone protruded from my shredded elbow,” Cleland wrote in his 1980 memoir, “Strong at the Broken Places.”

After fellow soldiers made a frantic effort to stop his bleeding and he was helicoptered back to a field hospital, Cleland wrote that he begged a doctor to save one of his legs, but there wasn’t enough left.

“What poured salt into my wounds was the possible knowledge that it could have been my grenade,” he said in a 1999 interview.

But later that year, former Marine Cpl. David Lloyd, who said he was one of the first to reach Cleland after the explosion, came forward to say he treated another soldier at the scene who was sobbing uncontrollably and saying, “It was my grenade, it was my grenade.”

Cleland had been an accomplished college swimmer and basketball player, standing 6-foot-2 and developing an interest in politics. Returning home a triple-amputee, Cleland recalled being depressed and worried about his future, yet still interested in running for office.

“I sat in my mother and daddy’s living room and took stock in my life,” Cleland said in a 2002 interview. “No job. No hope of a job. No offer of a job. No girlfriend. No apartment. No car. And I said, ‘This is a great time to run for the state Senate.”’

Cleland won a state Senate seat and then ran a failed 1974 campaign for lieutenant governor before Carter named his fellow Georgian to lead the VA. Carter on Tuesday called Cleland “a true American hero who was no stranger to sacrifice.”

“We are grateful for his commitment to the citizens of the United States, but also for the personal role he played in our lives,” Carter said on behalf of himself and his wife Rosalynn.

Cleland left Washington after Carter lost re-election, and in 1982 was elected Georgia’s Secretary of State, a post he held for a dozen years. Then he won the Senate seat of the retiring Sam Nunn, but only held it for one term. Polls showed he had been leading in his re-election effort before the devastating Chambliss ad.

“Accusing me of being soft on homeland defense and Osama bin Laden is the most vicious exploitation of a national tragedy and attempt at character assassination I have ever witnessed,” Cleland said at the time.

Cleland wrote in his second memoir, “Heart of a Patriot,” that he lost his fiancee, his income, and his sense of purpose when he left the Senate. He ended up back at Walter Reed Army Medical Center, where he himself was diagnosed with PTSD, decades after the explosion.

“I was totally wounded and wiped out – hopeless and overwhelmed,” Cleland wrote. “Just like I had been on that April day in 1968 when the grenade ripped off my legs and my right arm. Emotionally, spiritually, physically and mentally, I was bleeding and dying.”

Cleland recovered and served as a director of the Export-Import Bank; later, he President Barack Obama named him secretary of the American Battle Monuments Commission.

Sen. Jon Ossoff, the first Democrat to hold the seat since Cleland’s defeat, called him “a hero, a patriot, a public servant, and a friend.”

As senator, Cleland voted to authorize President George W. Bush’s plan to go to war in Iraq, but later said he regretted it, becoming a fierce critic of Bush’s Iraq policy and likening America’s involvement to the war in Vietnam.

“He never asked me to do anything that was not absolutely right,” H. Wayne Howell, Cleland’s longtime deputy secretary of state and chief of staff in the Senate, told the AP Tuesday in a phone interview.

In the conclusion to his first memoir, Cleland explained that book’s title, saying that through crises and defeats, “I have learned that it is possible to become strong at the broken places.”