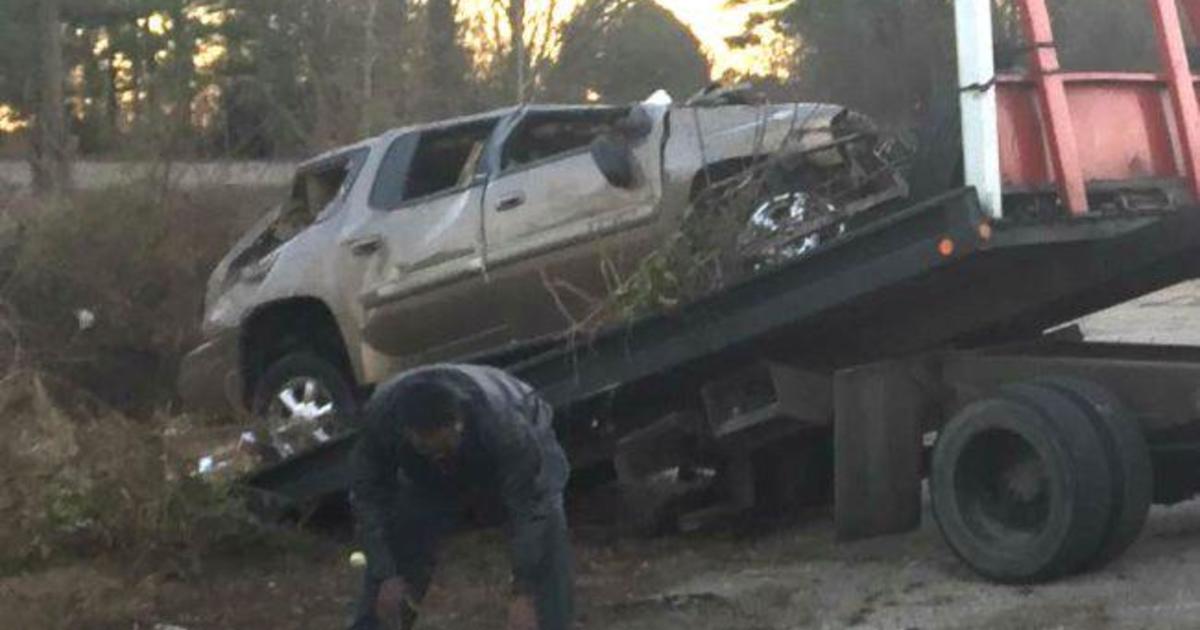 WHITAKERS, N.C. — Authorities say two people are dead after their vehicle tried to cross railroad tracks ahead of an oncoming Amtrak train in rural North Carolina. Multiple media organizations, including CBS affiliate WNCN-TV, report a couple who appeared to be in their 60s, was killed Sunday afternoon.

The incident took place near Whitakers, about 70 miles east of Raleigh, the state capital.

WNCN-TV cited authorities as saying the deceased were identified as a married couple Eugene and Dorothy Lyons.

Amtrak spokeswoman Kimberly Woods says no one about the southbound train was injured and service was suspended as law enforcement investigated the crash.

Whitakers Police Chief Chris Wagstaff told WNCN-TV that police are not sure why the woman who was driving went through the crossing arm, but Wagstaff said a witness confirmed it.

The train originated in New York City and was bound for Savannah, Georgia.

3 Ways to Deal With a Huge Tax Bill

Sun Jan 14 , 2018
The IRS may be the most frightening creditor a person can have, not excluding the Mafia. As a government agency, the IRS has considerable power to get its money out of you one way or another. In pursuit of its taxes, the agency can garnish your paycheck, seize your property, […]