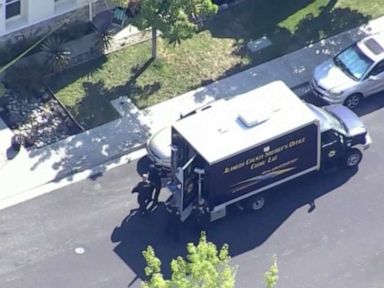 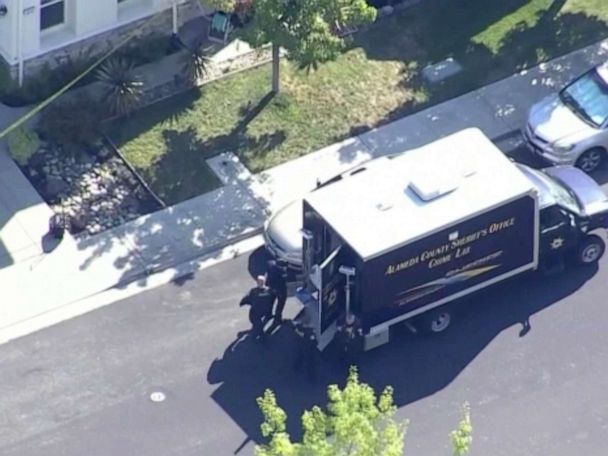 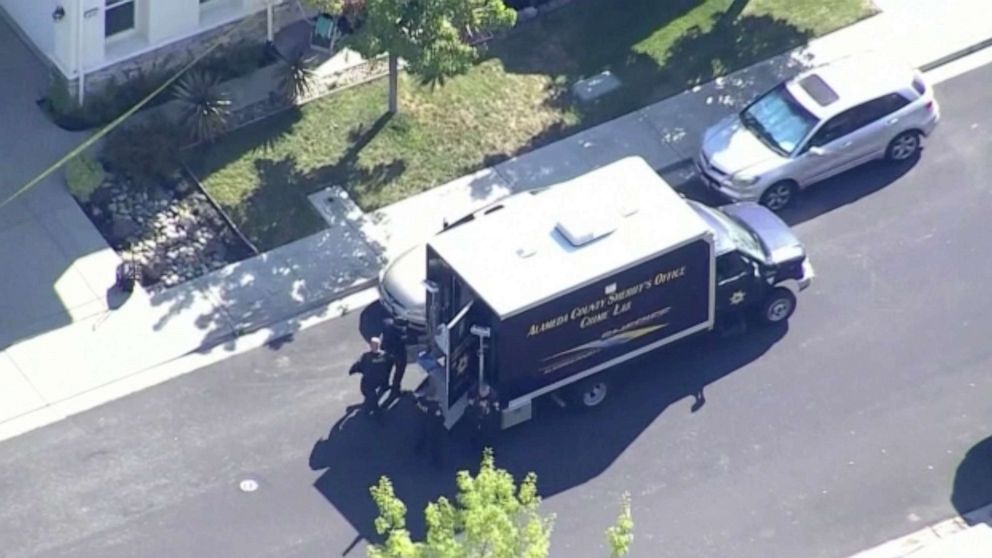 A sheriff’s deputy has turned himself in after allegedly fatally shooting a married couple at a home in California, authorities said.

The Alameda County Sheriff’s Office deputy was off-duty when he is alleged to have committed the double homicide early Wednesday at a home in Dublin before fleeing the scene, authorities said. The sheriff’s office said the suspected murder weapon is the deputy’s firearm, which they were working to recover after he disposed of it in a rural area.

The sheriff’s office had warned that the suspect — identified as 24-year-old Devin Williams, Jr. — was at large following the shooting, prompting a statewide manhunt, and should be considered armed and dangerous.

During a midday press briefing, Chief Garrett Holmes, a commander with the sheriff’s office and the chief of police services for the city of Dublin, announced Williams reportedly called the office earlier that morning to turn himself in and was just taken into custody near Coalinga, several hours south.

“Chief Holmes personally talked the suspect into surrendering and spent about 45 minutes on the phone with him to get him to surrender peacefully,” Alameda County Lt. Ray Kelly told reporters during the briefing.

Kelly said that deputies were in the process of bringing Williams back to Dublin. It is unclear if the suspect has an attorney who can speak on his behalf at this time.

Police responded to the home around 12:45 a.m. after a 911 caller reported an intruder who was “brandishing a firearm,” Holmes said. Two people were ultimately shot and pronounced dead at the scene, he said.

“It’s a great loss for our community, and it’s even more disheartening to find out that it was one of our own that actually was the trigger person behind this tragic incident,” Holmes said.

Six people were in the home at the time of the shooting, including a child and the two victims, Kelly said. A relative of the family who was visiting at the time is a “key eyewitness,” he said.

The victims were a 42-year-old woman and a 58-year-old man, Kelly said. Authorities have not yet released their names. He said the two had a child together, though he did not provide any further details.

Kelly said they are investigating a motive in the shooting and the relationship between Williams and the victims.

“There is connectivity between Mr. Williams and the victims,” he said.

Williams has worked for the sheriff’s office for a year, according to Kelly. Prior to applying to be a sheriff’s deputy, he was going through a field training officer program in Stockton upon graduating from the police academy, Kelly said. Williams did not pass his probation to become a solo police officer and was let go, he said.

“A lot of those issues that we found were related to his skillset and his ability to effectively do the job,” Kelly said. “They were not based on any type of conduct. It was more of his ability and skillset wasn’t meeting the criteria that this job demands. And so at that point, they let him go. That’s not uncommon.”

Williams was considered a “very good candidate” for law enforcement, said Kelly, who noted that the agency is “in shock.”

“Somewhere in the last several months of his life, some significant events happened that led up to this moment. A lot of those events went undiscovered and disclosed. And we’re gonna be looking into that,” Kelly said. “I think there’s a lot of questions that need to be answered.”

Wed Sep 7 , 2022
Check out what’s clicking on FoxBusiness.com Starbucks said Wednesday it will reinstate seven employees who were fired in February after leading an effort to unionize their Memphis store. The seven will get their jobs back after the Seattle-based coffee giant lost an appeal of a lower court’s order to reinstate […]