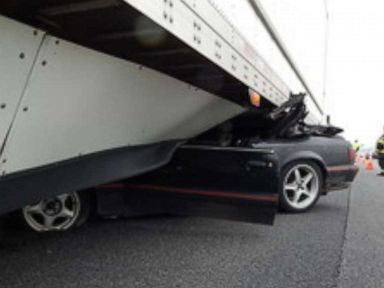 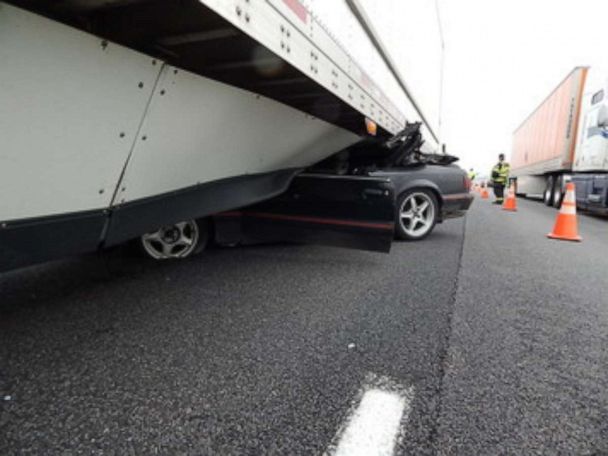 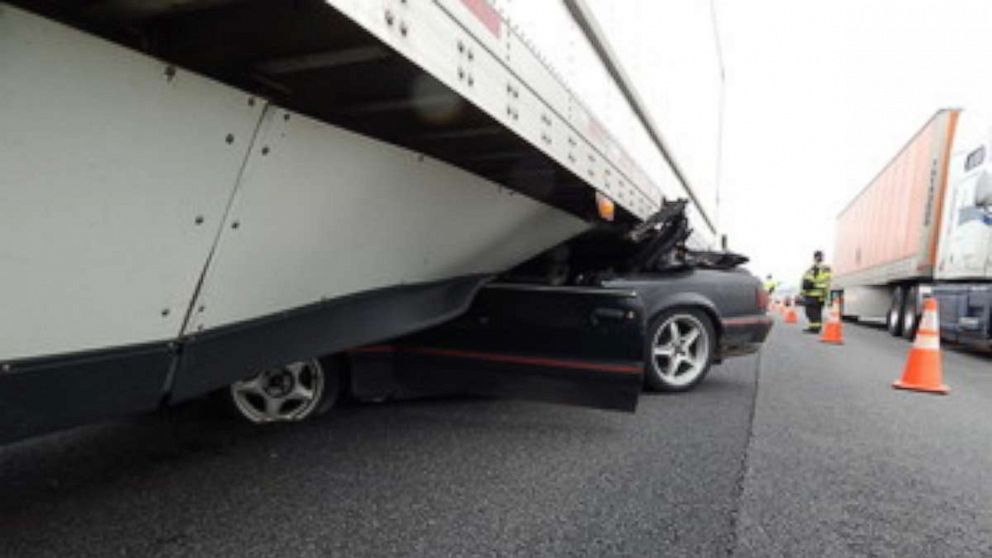 A man was recovering Sunday after his vehicle became trapped underneath a moving semi-truck and was dragged along a highway in Indiana.

The crash — involving a 1989 Ford Mustang and a semi-truck — occurred shortly after noon on Interstate Highway 69 in Huntington County, according to Indiana State Police.

The driver of the Mustang lost control of his vehicle as he traveled alongside the semi-truck and became wedged underneath the trailer, state police said.

Unaware of the collision, the truck driver continued to drive for another half-mile, dragging the Mustang along with it, according to officials.

After the semi-truck came to a complete stop, the driver of the Mustang was able to exit the vehicle without assistance from authorities, police said. He refused medical treatment from paramedics at the scene.

The truck driver did not sustain injuries as a result of the crash.

Traffic subsequently came to a standstill on the highway for about 30 minutes until authorities were able to clear the crash site.

The cause of the collision is being attributed to a mechanical failure in the Mustang, according to state police.

Venezuelan general tells military to 'rise up' against Maduro regime

Mon May 13 , 2019
Supporters of the opposition leader Juan Guaido, gather around La Carlota military air base to attend a protest in Caracas, Venezuela, 30 April 2019. Lokman Ilhan | Anadolu Agency | Getty Images A Venezuelan general called on the country’s armed forces on Sunday to rise up against President Nicolas Maduro, […]