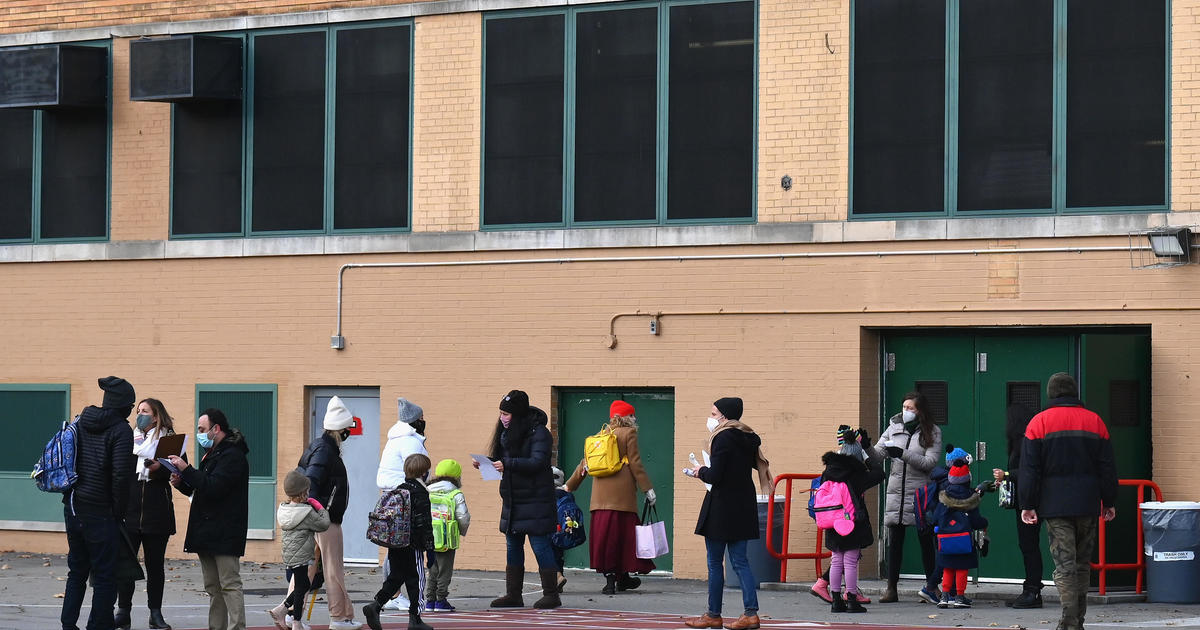 The Biden administration plans to roll out school reopening guidelines this week, but the nation’s schools may have already met the White House’s stated goal to “safely reopen” a majority of K-8 schools.

Sixty-four percent of elementary and middle school students are already seeing some in-person instruction, according to the most current data from Burbio’s School Opening Tracker. The tracker, which aggregates school and community calendars across the country, gathers data from 1,200 school districts, including the 200 largest, in all 50 states. It measures traditional in-person instruction and hybrid in-person and virtual learning, as well as schools using only virtual learning, which is the way 36% of students are being taught.

President Biden’s current goal is to see “a majority of K-8 schools safely open in 100 days.” But the White House has not offered any criteria for what it means to be open — whether that means using a hybrid model or full-time learning. The fact that the White House has said that part of the impetus for returning younger children to school is to allow parents to return to work may suggest the latter.

The White House has not responded to requests for further clarification.

The Biden administration has also not yet explicitly laid out what conditions should be met and by whom in order to reopen schools safely. The president can’t order schools to open — that’s a decision made in the states. Even within the states, there have been disputes between officials about whose decision it is to reopen the schools. But Mr. Biden could weigh in with his bully pulpit and work on changing conditions for teachers and schools and federal health officials may provide guidance on what’s likely to be safe.

In recent weeks, the White House has argued that schools can open their doors again if Mr. Biden’s $1.9 trillion COVID-19 relief package is passed. The bill appropriates hundreds of billions of dollars in direct financial assistance to schools, and state and local relief funds to pay for additional school safety measures.

“It’s time for schools to reopen safely …You have to have fewer people in the classroom. You have to have ventilation systems that have been reworked,” Mr. Biden told CBS News’ Norah O’Donnell on Sunday. He hinted that new school opening guidelines from the Centers for Disease Control and Prevention could come on Wednesday.

But if his goal is targeted at reopening a simple majority of K-8 schools, several Republican-led states have already pushed past this goal, since these states have put most of their teachers and students back in the classroom —without access to additional federal funds.

More than 70% of all K-12 students in Alabama, North Dakota, Texas, and Utah have the option of in-person instruction, while Florida and Wyoming are teaching almost all of their students in person, according to Burbio data shared with CBS News.

All of these states also have “right to work” laws that say no one can be forced to join a union, which means that in these states, if the district orders schools to be reopened, teachers must show up for work or risk losing their job. In states with powerful teachers’ unions, some of the districts lack the ability to force teachers to return to the classroom. This is the case in some of the wealthier suburbs of some of the nation’s largest cities.

Several Republican and Democratic-led states also have schedules at K-12 schools that are part in-person instruction, part virtual learning. At least 50% of students in West Virginia, Maine, Delaware, New Hampshire, Idaho, and New Jersey, are relying on hybrid learning, according to the same data.

But more than 75% of all students in Maryland, Oregon, New Mexico, California, Washington and Virginia have only had access to remote learning for the last 10 months, the Burbio data indicates.

As CBS News reported in January, high school students are not yet included in Mr. Biden’s reopening goal.

It’s difficult to track the total number of schools and teaching methods in the 13,000 school districts across the country because many states don’t require districts to report their school reopening plans.

CBS News reached out to all 50 state education boards and found only a handful of states tracking school instruction methods on a daily or weekly basis.

Eight of the 29 states that replied say they don’t track which schools are teaching in-person or virtually, and at least one suggested it would be a waste of time.

“There is no value to the schools or [the education department] in collecting this data, as it will never be 100% accurate and will instead take up precious time and attention that our school leaders need to continue to support the health and safety of their school community,” a Maine Department of Education spokesperson told CBS News.

Other states disagree. In June, Hawaii directed its board of education to start collecting monthly data to inform its reopening decisions. North Dakota updates its data daily to show how many K-12 students are receiving face-to-face, hybrid or distance learning.

The largest state, California, does not currently track how many of its 1,000 school districts are opened or closed, but Governor Gavin Newsom has just ordered school districts to start reporting the data.

On a federal level, Mr. Biden signed an executive order on January 21 directing the Education Department to “facilitate, consistent with applicable law, the collection of data necessary to fully understand the impact of the COVID-19 pandemic on students and educators, including data on the status of in-person learning.”

On Friday, the Education Department announced it would soon begin collecting monthly data on fourth and eighth graders in 3,500 schools to better understand “the impact of COVID-19 on students and the status of in-person learning.”

What is the White House guidance on reopening schools?

The White House thinks that what’s missing from the school reopening debate is formal CDC guidance on safety measures. The president “wants schools to open,” White House press secretary Jen Psaki said last week, adding that Mr. Biden “wants to do that safely, and he wants health and medical experts to be the guides for how we should do exactly that.”

While the administration is waiting for the guidance, Psaki says CDC Director Rochelle Walensky’s remarks on school reopening should not be viewed as policy yet, even if she’s making the statements during a White House briefing.

Politicians and parents alike are growing impatient with virtual learning and with the teachers unions for their refusal to return to classrooms, despite the toll long-term virtual learning is taking on children and despite research cited by the Journal of the American Medical Association suggesting that in-person learning does not contribute “meaningfully” to community spread of COVID-19. One of the key points of contention is whether it should be mandatory to vaccinate teachers before they return to in-class instruction. On Wednesday, Walensky was asked about this.

Psaki said Walensky’s comments during the official briefing were “in her personal capacity.” Walensky said Friday “official guidance” from CDC on school reopenings would be released this week.

Emily Oster, professor of economics at Brown University who leads the COVID-19 School Response Dashboard, which also independently tracks nationwide school reopenings, told CBS News she hopes to hear “practical” guidance this week to answer these questions coming from schools: What kind of face masks should teachers wear? What are the thresholds for closing schools back down, and what does the quarantine process look like?

“I would like to see [Mr. Biden] get in there to rebuild some trust between some of the unions and other school groups, and I think that particularly because of who the president is, there is actually an opportunity for him to try to personally rebuild some of that trust,” Oster added.

Tue Feb 9 , 2021
Columbia Law Associate Professor Joshua Mitts discusses a paper he wrote over a year ago predicting a social media short squeeze. Reddit Inc.’s role in the recent stock-trading frenzy has brought millions of new users to the social media platform, its chief executive says, as well as scrutiny to the […]