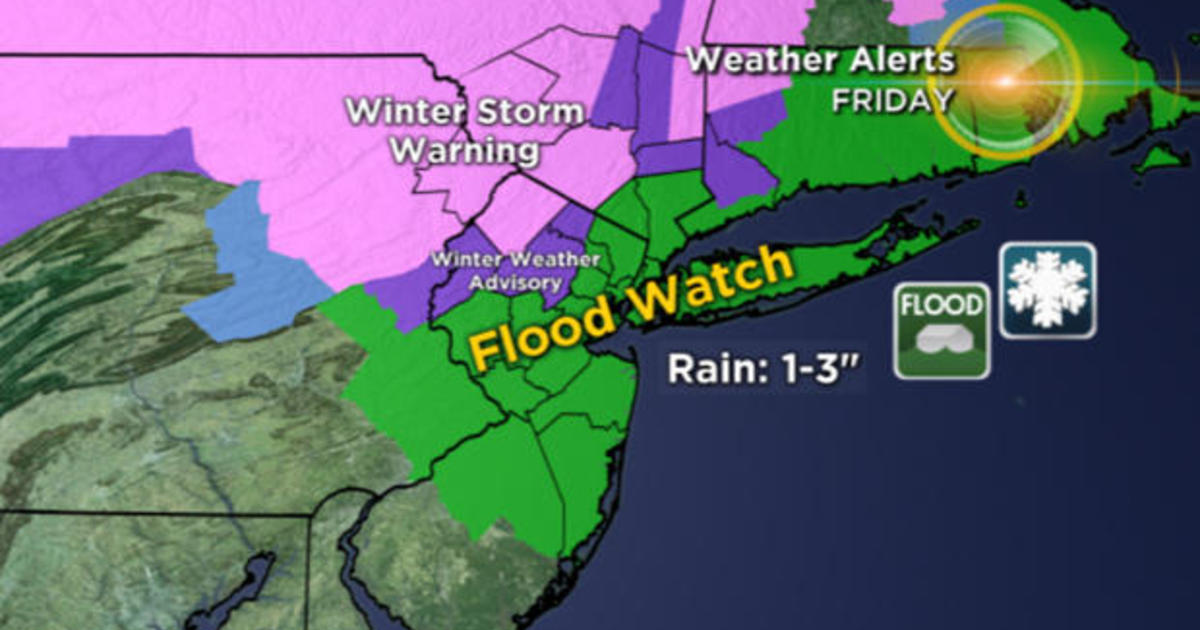 A major Nor’easter started to slam the East Coast Friday with heavy rain, some heavy snow, strong winds and the prospect of severe coastal flooding.

CBS News weather producer David Parkinson says a swath of 40 mph gusts was stretching from the Carolinas to Maine. Gusts for the morning commute could hit 50 mph in Washington, D.C. and Baltimore. By afternoon, wind gusts in New York City could get to 60 mph, and gusts in Boston could reach 75 mph — hurricane strength. There’s a danger of falling trees, power lines and flying debris, including construction debris, in major cities and suburbs Friday.

Total rain from the storm could top three inches in places in about 24 hours — enough to cause both flash flooding and general flooding.

And the snow that falls will be the wet gloppy, heavy variety. That and strong winds equal a very good chance of power outages.

The most snow will fall in the Catskill Mountains — over 2 feet, followed by the area between Buffalo and Rochester, N.Y.

Check back for the latest winter storm updates.