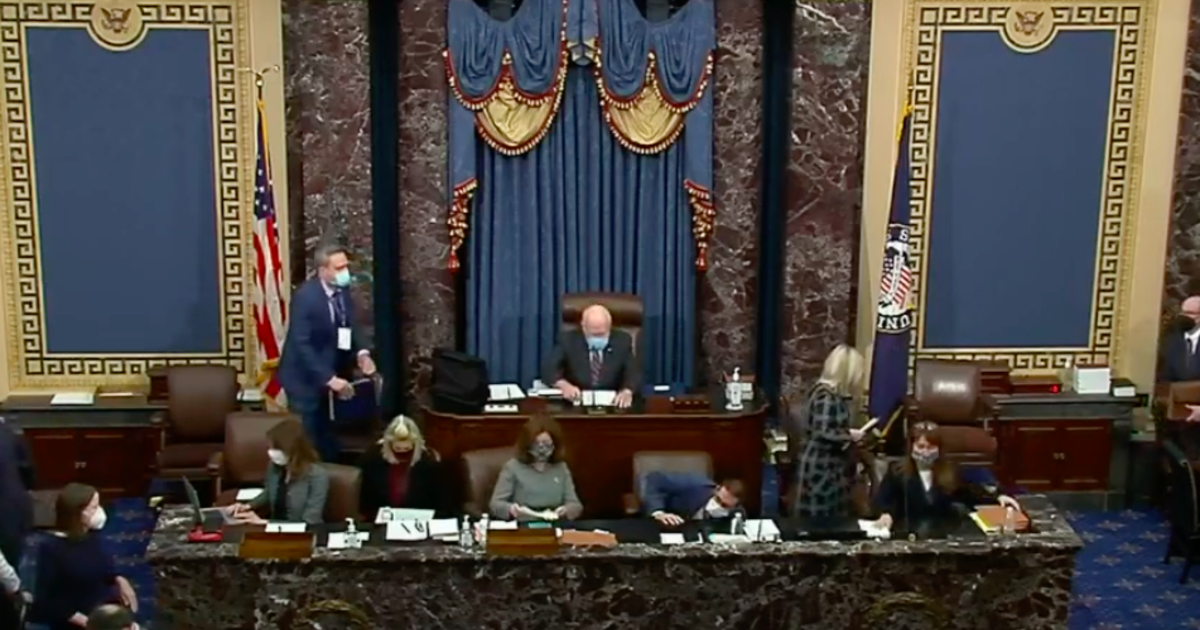 Impeachment manager Congressman Joe Neguse of Colorado outlined a roadmap describing how Mr. Trump’s remarks in the run-up to the January 6 assault served as a “call to arms” to his supporters and provoked the pro-Trump mob that descended on the Capitol building.

“If we are to protect our republic and prevent something like this from ever happening, he must be convicted,” Neguse said.

The Colorado Democrat said the managers, throughout their presentation, will demonstrate how Mr. Trump spurred the attack, making it “predictable” and “foreseeable.”

“He had the power to stop it. And he didn’t,” Neguse said.

The congressman said Mr. Trump’s words, which he showcased repeatedly, had a “specific meaning” to the mob of his supporters who stormed the Capitol building January 6.

To demonstrate how Mr. Trump provoked the rioters with his rhetoric, Neguse said the president followed a pattern, repeating in a series of public speeches that the “election was stolen,” and they needed to “stop the steal” and, later, “fight like hell” to “stop the steal.”

“When in our history has a speech led thousands of people to storm our nation’s Capitol with weapons, to scale the walls, break windows, kill a Capitol police officer?” Neguse asked. “This was not just a speech, it didn’t just happen.”

Neguse noted Mr. Trump’s conduct went beyond provocation of his supporters, as he also attempted to pressure state election officials to overturn the outcome of the presidential election, though his efforts were fruitless. When that failed, he turned to his vice president to attempt to stop the counting of the Electoral College votes, Neguse said. Pence ultimately resisted Mr. Trump’s pressures.

“None of it worked. So, what does he do? With his back against the wall, when all else has failed, he turns back to his supporters, who he’d already spent months telling them that the election was stolen. And he amplified it further, he turned it up a notch. He told them that they had to be ready not just to ‘stop the steal,’ but to ‘fight like hell,'” Neguse said.

“He didn’t condemn the violence, he incited it further. And he got more specific,” Neguse said. “He didn’t just tell them to fight like hell. He told them how, where and when. He made sure they had advance notice, 18 days advance notice. He sent his save the date for January 6.”

The congressman said the attack “didn’t just happen” but rather was part of a “carefully planned months-long effort with a very specific instruction,” to show up in Washington on January 6 to derail the counting of electoral votes.

To demonstrate that Mr. Trump invited the violence, Neguse cited comments from John Kelly, former White House chief of staff, who told CNN the president “knows who he’s talking to” when he tweets and makes public statements.

“The president had every reason to know that this would happen because he assembled the mob, he summoned the mob and he incited the mob. He knew when he took that podium on that fateful morning that those in attendance had heeded his words and they were waiting for his orders to begin fighting,” he said.

Wed Feb 10 , 2021
Prominent Saudi women’s rights activist Loujain al-Hathloul was released from custody and was back at home on Wednesday, according to her sister, after being sentenced in December to six years in prison under a vague law meant to combat terrorism. Her release was confirmed by a Saudi official to CBS […]