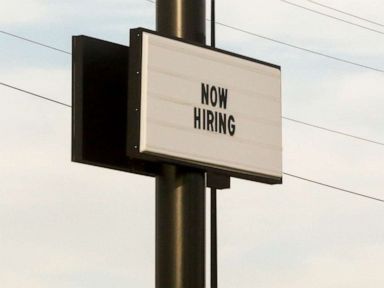 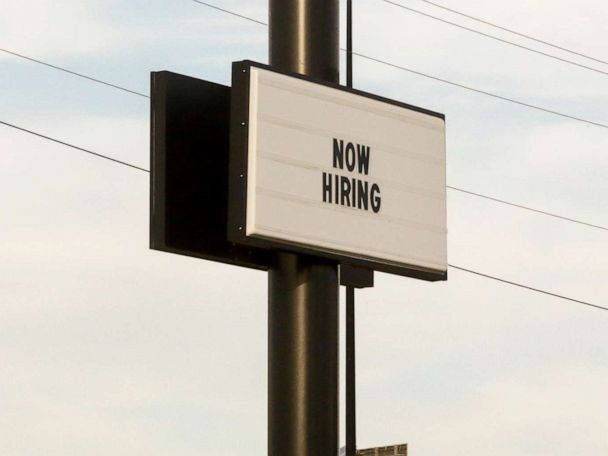 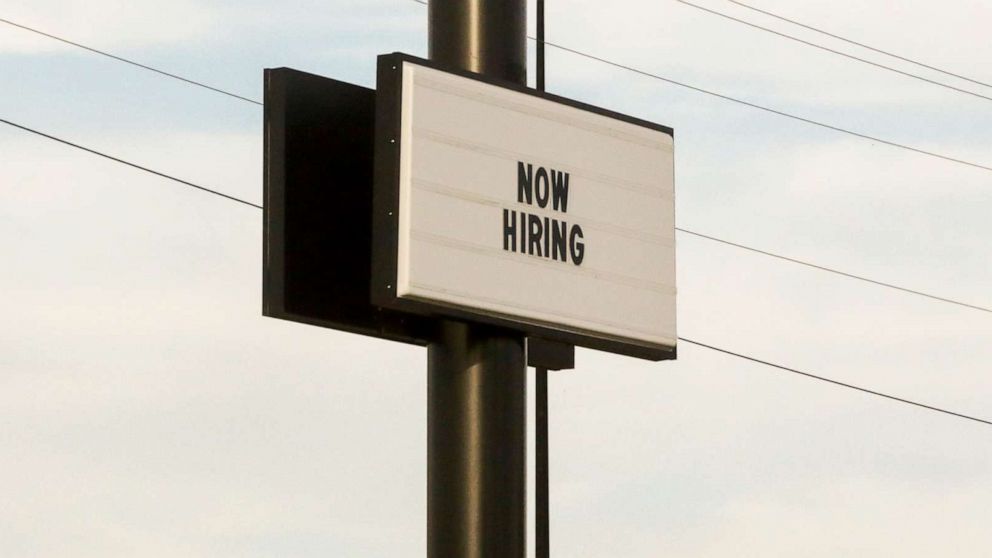 Hiring gained steam in October, with U.S. employers adding 531,000 jobs and the unemployment rate edging down by a fraction of a percentage point to 4.6%, the Department of Labor said Friday.

Job growth was widespread and beat economists’ expectations — with major gains in leisure and hospitality, professional and business services, manufacturing, and in the transportation and warehousing sectors — the DOL added, indicative of the the post-pandemic recovery rebounding in the labor market after months of disappointing hiring figures. In September, employers added some 312,000 jobs, according to revised figures released Friday.

“Overall, it was a really positive jobs report but leaves some questions about the structure of the labor market for the Fed,” Megan Greene, the global chief economist at the advisory firm Kroll Institute and a senior fellow at the Harvard Kennedy School, told ABC News Friday shortly after the report’s release.

Greene noted that there were a lot of high-wage, high-hours jobs added to construction and manufacturing, as well as a lot of jobs added in the service industry — which was among the hardest hit by the crisis and the slowest to rebound.

“I think that just reflects the delta variant has weaned and that caretakers are probably feeling more confident that schools are really open and will stay open so they can go back to work,” Greene added. “So, I think that’s all good news.”

Greene said that this simply means that “more people found jobs, we didn’t bring anyone in from the sidelines of the labor market, which is what the Fed would like to see happen.”

“I think there are questions about whether the labor force participation rate really will be increasing, or whether we’re facing just a structurally different labor market,” Greene added of the post-pandemic jobs market.

Employment has increased by 18.2 million since the recent low seen in April 2020, when the pandemic raged, but remains down by some 4.2 million, or 2.8%, from its pre-pandemic levels. The unemployment rate in February 2020 was at a historic low of 3.5%.

Some 164,000 jobs were added in the leisure and hospitality sector last month, according to Friday’s data. Employment in this sector is still down by 8.2%, however, compared to February 2020 levels.

Other notable job gains occurred in professional and business services, which added 100,000 jobs in October, including a gain of 41,000 in temporary help services, the DOL said. Manufacturing added 60,000 jobs last month, and the transportation and warehousing sector saw employment increase by 54,000 jobs.

Moreover, the average hourly earnings for all employees last month increased by 11 cents to $30.96. A shortage of workers accepting low-wage jobs in the wake of the pandemic shock has been linked to the rising wages seen in recent months, as many major companies struggled to hire back staff let go in the early days of the pandemic.

“I think in order to attract workers, some companies are having to offer more money,” Greene said. “Average hourly wages went up, but they increased slightly less-fast than prices did, which means that it’s eating into people’s standards of living, so that’s a concern generally.”

“But also there’s a worry that if you get wage increases, then companies will go ahead and pass that cost on to the end user, the consumer, and then you’ll get higher prices and then employees will say we need more income in order to be able to afford things, and so you’ll get more wage increases and you end up in this wage-price spiral,” she added.

It’s too soon to tell if this is a singular incident or part of a larger trend, Greene warned, saying that increasing wages isn’t a problem if it doesn’t turn into the spiral and productivity has been increasing — which would create “the Goldilocks scenario, where people’s standards of living are going up as a result of higher productivity growth.”

“There’s no doubt that there has been a lot of inequality throughout this pandemic,” Greene said, “and I think it’s reflected in some of the racial, ethnic data in the jobs report.”

This is important for the Fed and policymakers to keep in mind, she added, as they aim for inclusive, full employment.

Finally, the DOL data indicates some companies are recalling workers back to the office after the vaccine rollout. The DOL said that some 11.6% of employed persons teleworked because of the pandemic last month, down from 13.2% the month prior.

Fri Nov 5 , 2021
11/5: CBSN AM – CBS News Watch CBSN Live House to vote on infrastructure and spending bills; Leaders take on climate change at U.N. conference View CBS News In Be the first to know Get browser notifications for breaking news, live events, and exclusive reporting. Not Now Turn On Free […]