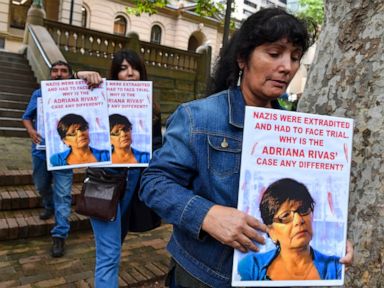 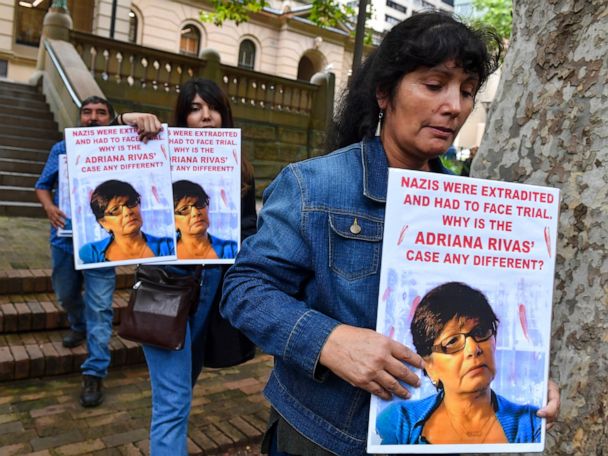 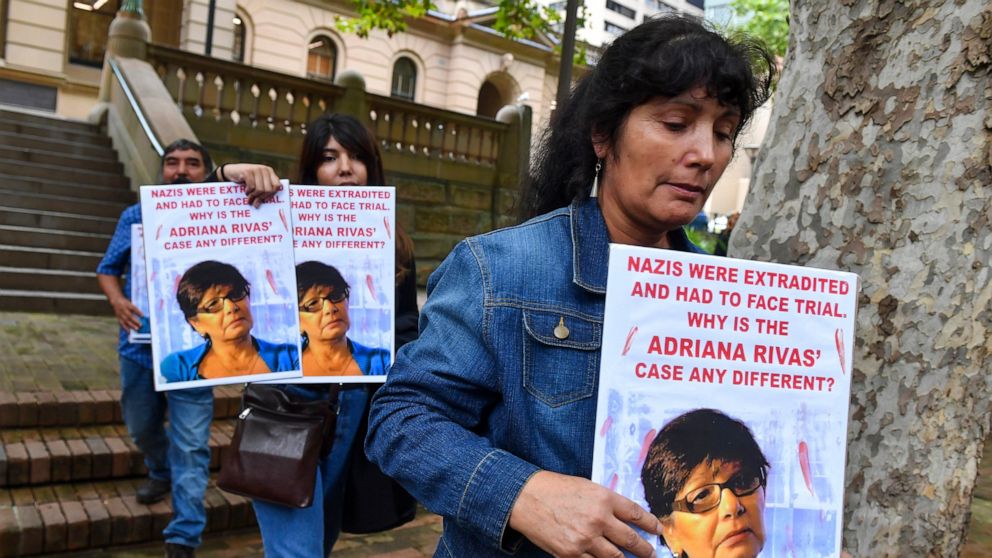 Adriana Rivas had appealed to Australia’s highest court after three Federal Court judges in November unanimously rejected her appeal against extradition to her homeland.

But the High Court issued a certificate on Monday saying her appeal application was deemed to have been abandoned because of unspecified procedural failings by her lawyer.

Rivas has waged a three-year battle against extradition on charges that she kidnapped seven people in 1976 and 1977, including Communist Party leader Victor Diaz and party member Reinalda Pereira, who was five months’ pregnant.

Rivas was an assistant to Manuel Contreras, the head of the DINA secret police during Pinochet’s dictatorship. Rivas denies ever meeting the alleged victims, who have never been found.

The end of the court process opens the way for Australia’s attorney general to take the final step of approving the extradition.

But the government has been in caretaker mode since an election was called on April 10. The extradition decision will likely be made by whomever becomes attorney general after the May 21 election.

Attorney General Michaelia Cash’s office said in a statement Tuesday it would be inappropriate for her to comment on Rivas’ case because “this process is yet to be finalized.”

The attorney general must give reasonable time to consider any arguments against extradition that Rivas wants to make.

Chilean-born lawyer Adriana Navarro, a Sydney-based advocate for Pinochet’s victims, said she suspected Rivas had hoped to delay the High Court process by getting an extension of time.

“Clearly, the families are not going to put up with that,” Navarro said.

Navarro said Rivas could potentially ask a court to review an attorney general’s decision to send her back to Chile.

“She could only do that if she could prove that the reasons behind the attorney general’s decision are not legally reasonable and that would be very hard to do,” Navarro said.

Rivas’ lawyers argued she was not a DINA agent and her work was mundane. Her tasks included collecting laundry, making coffee and translating, they said.

They also contended that the alleged victims were detained following arrests, not kidnapped, and that those actions were carried out by the state, not by an individual.

She lived quietly in Sydney’s wealthy eastern suburbs, working as a part-time nanny and cleaner until her arrest in February 2019 on a Chilean Supreme Court extradition order.

She would become the first person ever extradited between Australia and Chile.

Bodies are emerging in Lake Mead because of drought

Tue May 10 , 2022
As the water level of the nation’s largest man-made reservoir keeps receding due to drought, human bodies keep emerging. For the second time in seven days, human remains have been discovered in Lake Mead near Las Vegas. U.S. National Park Service rangers said human skeletal remains were found about 2 […]