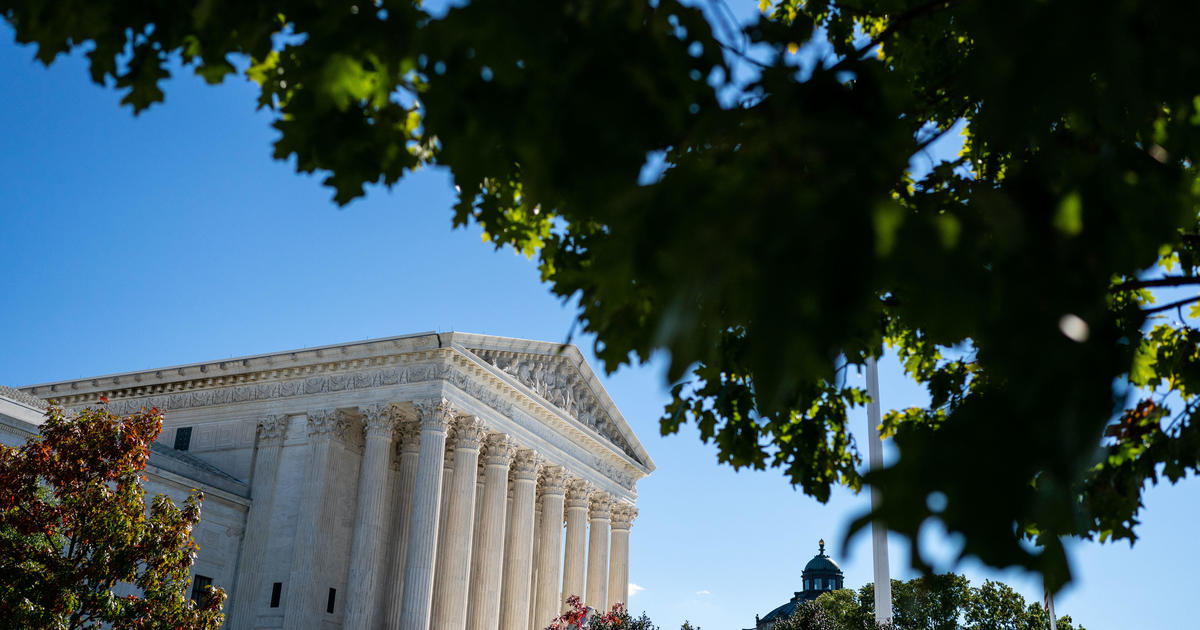 Washington — The Supreme Court on Tuesday mulled a bid from a Texas death row inmate who is challenging the state’s refusal to allow his pastor to lay hands on him and audibly pray while he is executed.

Justice Brett Kavanaugh dominated the arguments that lasted more than 90 minutes, raising concerns throughout about the degree of risk undertaken by the state in allowing outside spiritual advisers inside the execution chamber, as well as how judges should assess the sincerity of an inmate’s religious beliefs, given the “incentives” to raise religious claims in order to delay being put to death.

“The risk is inherent in having another person in the room,” Kavanaugh told Seth Kretzer, who was arguing on behalf of the inmate, John Henry Ramirez, in the case known as Ramirez v. Collier.

He later warned that allowing personal spiritual advisers into the execution chamber creates a “very fraught situation with a lot of potential for issues,” including the prospect of a botched execution.

Kavanaugh and Justice Samuel Alito repeatedly raised concerns that a ruling in favor of Ramirez would open the door to a flood of cases brought by death row inmates seeking varying degrees of interaction with personal spiritual advisers in the execution chamber, such as those who want to receive bread and wine or a hug from a minister.

“If we rule in your favor here, this is going to be a heavy part of our docket for years to come, would be my sense, given the history of death penalty litigation,” Kavanaugh said.

Alito, meanwhile, noted that the Supreme Court has in recent years fielded numerous requests to halt executions from inmates who present issues similar to those raised by Ramirez, which typically are filed at the 11th hour.

“What’s going to happen when the next prisoner says that I have a religious belief that he should touch my knee, he should hold my hand, he should put his hand over my heart, he should be able to put his hand on my head? We’re going to have to go through the whole human anatomy with a series of cases,” he said, warning of an “unending stream of variations” the justices will be forced to consider.

Ramirez’s battle with Texas arrived at the Supreme Court through an emergency request filed in early September, through which he asked the court to halt his execution and consider his case on the merits. The justices agreed to do so, and quickly scheduled the case for oral argument.

Ramirez was placed on death row after he was convicted of capital murder and robbery in the 2004 killing of Pablo Castro, a father of nine, in Nueces County, Texas. Ramirez beat and stabbed Castro 29 times, and took off with the $1.25 Castro had on him, according to Texas officials.

In filings with the Supreme Court, Ramirez’s attorneys stressed he is not seeking to challenge his conviction, death sentence or method of execution. Rather, Ramirez takes issue with the Texas Department of Criminal Justice’s refusal to let his spiritual adviser, Pastor Dana Moore, to audibly pray and lay hands on him in the execution chamber.

Moore has ministered to Ramirez in his Texas prison since 2016, when he became a member of the Second Baptist Church, the congregation led by Moore, according to briefs.

“Ramirez sincerely believes that the presence of Pastor Moore in the execution chamber, Dr. Moore’s laying on of hands on him as he dies, and the vocalization of prayers and scripture, will assist his passing from life to death and will guide his path to the afterlife,” his lawyers told the Supreme Court in a filing. “No court has doubted the sincerity of this religious belief — a belief consistent with Christian teaching and historical practice.”

Death row inmates and state officials have for the last two years sought the Supreme Court’s intervention in disputes over the presence of personal spiritual advisers in the execution chamber.

In February 2019, a divided high court allowed Alabama to execute a Muslim man whose request to have an imam with him was rejected. But one month later, the Supreme Court halted the execution of a Texas inmate who requested a Buddhist spiritual adviser in the execution chamber, but whose request was denied because the state did not have Buddhist chaplains.

Most recently, in February, the Supreme Court blocked the execution of Alabama inmate Willie Smith after a lower court required the state to honor his request to have his pastor with him as he dies. Smith was executed in October for a 1991 murder, with his pastor in the execution chamber, praying with him.

Texas previously allowed spiritual advisers in the execution chamber, according to court filings, but in April 2019, the state Department of Criminal Justice changed its policy to ban them entirely. Then, in April 2021, the state again revised its procedure to permit an inmate to request a state-employed chaplain or personal spiritual adviser to be present in the execution chamber.

There was disagreement between Ramirez and the state over the timing of his requests as it relates to the state’s policy changes. Ramirez’s lawyers told the Supreme Court in a filing the state has forced him to “chase a moving target to obtain relief” through its “rapidly evolving, written — and unwritten — restrictions on spiritual advisers’ religious behavior during executions.” But Texas accused Ramirez of using his latest requests merely to delay his execution.

Justice Clarence Thomas asked Ramirez’s attorney about whether there is “some indication of gaming the system,” and how to weigh that concern when assessing the sincerity of his religious beliefs.

“You have people filing grievances in non-religious contexts, and that’s not evidence of their religious beliefs. It’s evidence that obviously they don’t want to be executed,” Thomas said.

Kavanaugh said he, joining Alito, would prefer for there to be a “bright-line rule” or guidelines if the court sides with Ramirez.

Several of the justices pressed Eric Feigin, deputy solicitor general who argued for the Biden administration, about the accommodations made for prisoners in the 13 federal executions carried out during the final months of the Trump administration.

Spiritual advisers were in the execution chamber for 11 of those executions, Feigin said, and there was audible prayer permitted in most of the 13 executions, though it was unclear whether there was praying when the lethal injection was taking place. In one instance, a spiritual adviser touched the inmate.

Feigin said it’s likely the Bureau of Prisons would have “very, very substantial concerns” about accommodating a request for a spiritual adviser to be in physical contact with an inmate when the drugs were being administered due to possible interference, even inadvertently.

“It’s a very fraught circumstance. You don’t know how someone is going to react in that circumstance,” he said. “Someone could faint, someone could stumble and you could jostle the lines, that might or might not disrupt them.”

“Anything going wrong here would be catastrophic,” he added.

But Feigin also noted differing factors regarding executions carried out by the federal government and states like Texas and Alabama, including the monitoring equipment and size of execution chambers, which could impact the number of people allowed in.

Still, several of the justices in the court’s liberal wing seemed skeptical of Texas’s argument against allowing Ramirez’s pastor to pray out loud over and lay hands on him while he dies.

Justice Stephen Breyer said the U.S. has experience with allowing praying and physical touching of inmates in the execution chamber prior to 2019, when Texas changed its policy, and there has “never been a problem” with executions going awry. Justice Sonia Sotomayor, meanwhile, noted there are no rules to prohibit prisoners from praying out loud during their execution.

“You tolerate their noise,” she said.