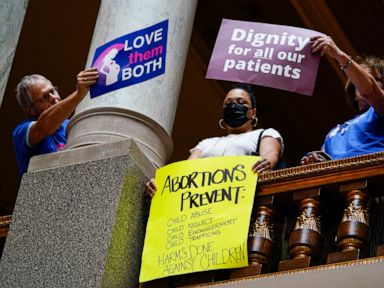 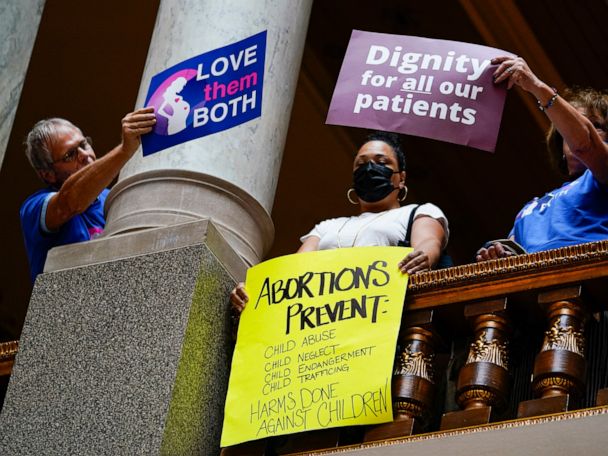 CHEYENNE, Wyo. — A Wyoming judge on Wednesday temporarily blocked the state’s abortion ban on the day it took effect, siding with a firebombed women’s health clinic and others who argued the ban would harm health care workers and their patients and violate the state constitution.

Attorneys arguing before Teton County District Judge Melissa Owens, in Jackson, disagreed over whether the Wyoming Constitution provided a right to abortion.

Wyoming was among states that recently passed abortion bans should the U.S. Supreme Court overturn Roe v. Wade, which happened June 24. After a review, Gov. Mark Gordon, a Republican who signed the abortion “trigger” bill in March, gave the go-ahead for the law to take effect Wednesday.

Owens was sympathetic with arguments that the ban left pregnant patients with dangerous complications and their doctors in a difficult position as they balanced serious medical risks against the possibility of prosecution.

“That is a possible irreparable injury to the plaintiffs. They are left with no guidance,” Owens said.

The four Wyoming women and two nonprofits that sued Monday claim the new law violates several rights guaranteed by the state constitution, including a “fundamental right to be left alone by the government.”

The two organizations that sued include a nonprofit opening a Casper women’s and LGBTQ health clinic that would have offered abortions. A May arson attack has set back the clinic’s opening from mid-June until at least the end of this year, months past the start of Wyoming’s new abortion ban.

The lawsuit claims the abortion ban will harm the women — two obstetricians, a pregnant nurse and a University of Wyoming law student — by outlawing potentially life-saving treatment options for their patients or themselves.

The Wyoming law would have outlawed abortions except in cases of rape or incest or to protect the mother’s life or health, not including psychological conditions. Wyoming until Wednesday had allowed abortions up to the point of viability outside the mother, or around 23 weeks into pregnancy.

Wyoming’s hearing came a day after Indiana Republican lawmakers narrowly advanced a plan to ban nearly all abortions in the state, despite opposition from abortion-rights supporters, who say the bill goes too far, and anti-abortion activists, who say it doesn’t go far enough.

Wed Jul 27 , 2022
Two people have been arrested in Texas following an alleged road rage incident involving a 2-year-old on Tuesday just north of Houston on I-45. Video of the encounter shows one man slamming his hands onto a silver Toyota Camry as a woman fired a gun into the car’s window while […]