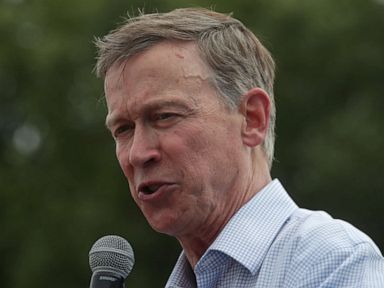 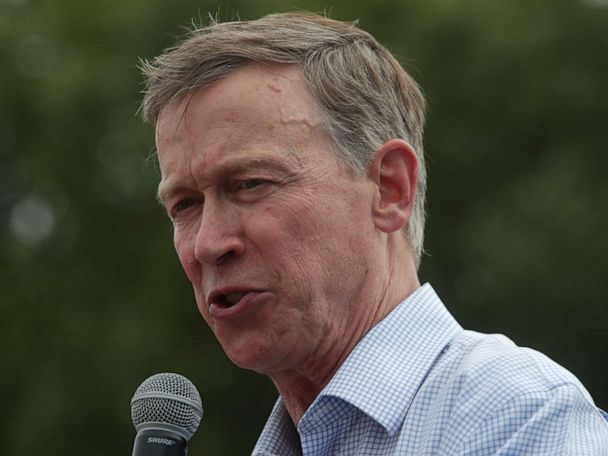 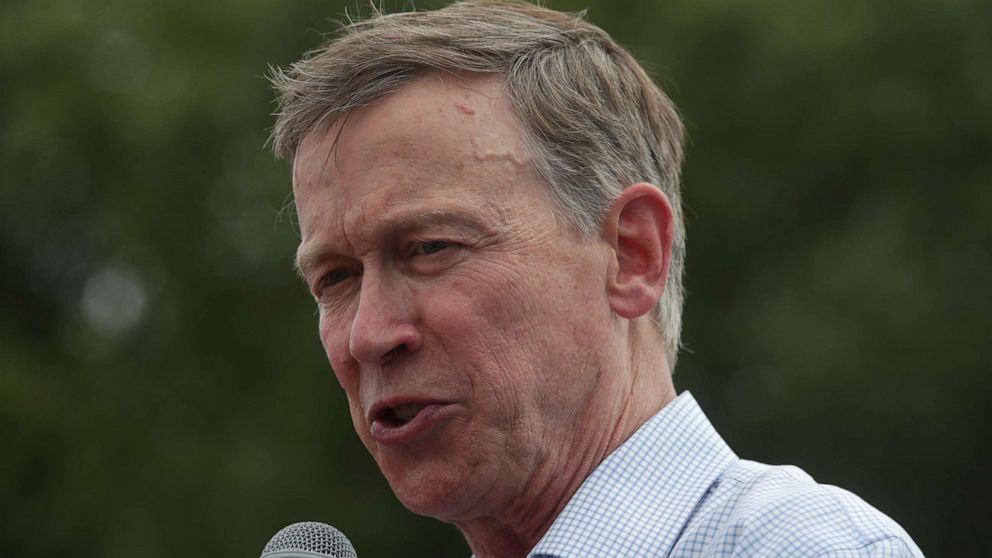 John Hickenlooper, the former Colorado governor, announced the end to his 2020 presidential campaign in a video Thursday morning.

“While this campaign didn’t have the outcome we were hoping for, every moment has been worthwhile and I’m thankful to everyone who supported this campaign and our entire team,” he said in a tweet which linked to the video.

This morning, I’m announcing that I’m no longer running for President. While this campaign didn’t have the outcome we were hoping for, every moment has been worthwhile & I’m thankful to everyone who supported this campaign and our entire team.https://t.co/1ijSjkbzzd

Stubbornly low poll numbers, a lack of donors, a mostly new campaign staff following a rash of departures in July and the likelihood of missing the Democrats’ third debate all contributed to his decision, according to his campaign.

A self-described “pragmatic-progressive,” Hickenlooper struggled to gain momentum while pushing a centrist campaign message focused on restoring the middle class.

Several Democratic presidential candidates are already reacting to Hickenlooper’s decision, including Sen. Michael Bennet, who met with the former Colorado governor privately on Aug. 9 after the Wing Ding dinner in Iowa. Sources close to Hickenlooper now say he was likely asking Bennet for campaign advice as he weighed his decision.

“John was a great mayor and governor, and helped shape the presidential race with his pragmatic viewpoint,” Bennet said in a statement. “He provided a valuable voice in this primary, bringing the ideas and solutions he successfully championed in Colorado to the national debate,”

.@Hickenlooper, thank you for your leadership and your friendship on the campaign trail. I know whatever you do next, you will continue to serve the people and make our nation a better place for all.

It was inspiring to see @Hickenlooper’s commitment to bettering our country during his campaign. I’m looking forward to fighting alongside him as we work to elect Democrats up and down the ballot in 2020. https://t.co/gBXikfXaWh

John—we are grateful for the experience, perspective, and diligence you brought to this race. I wish you and your family well as you consider the road ahead. https://t.co/k6xUjjXRiu

.@Hickenlooper is the opposite of “all foam, no beer!” Thank you Governor for your public service and the experience and ideas you brought to this race. https://t.co/iVhpTE1qMU

Hickenlooper has not decided yet whether he’ll consider a Senate run against Colorado incumbent Cory Gardner, sources told ABC News. Democratic leadership is looking to flip that seat, which could tilt the balance of power in the Senate.

Campaign sources told ABC News they believe Hickenlooper would be a formidable candidate should he ever decide to run.

In a May interview on “This Week,” Hickenlooper expressed confidence in such a candidacy to George Stephanopoulos.

“I think I’d be a difficult candidate [to beat] as a senator,” he said. “I spent my whole life putting teams together, both as an entrepreneur in the private sector, but also as a mayor and a governor. And by building those teams, we have been able to bring people together and do the big, progressive things that people said couldn’t be done.”

Just two days before Hickenlooper ended his campaign, 314 Action, a federal PAC, launched a “Draft Hick for Senate” campaign, urging the former governor to end his presidential candidacy to run for Senate.

Although 314 Action has not been in touch with Hickenlooper’s campaign staff, Josh Morrow, the PAC’s executive director, said they plan to reach out to the candidate at some point, noting that the former governor needs to come to a decision in his own time.

“There is a real appetite for him to run,” said Morrow, who believes it would be a “greater contribution” to America for Hickenlooper to run for Senate than running for president.

“I think the only way to get this country back to normal is by putting Mitch McConnell in the minority and the path to doing so goes through Colorado,” Morrow told ABC News, calling Hickenlooper the “perfect candidate to beat Gardner.”

314 Action is actively raising money for the former Colorado governor’s potential Senate run, planning to distribute to funds to his future Senate campaign, should he decide to enter the race.

The PAC launched a similar campaign for Mark Kelly in Arizona – built a strong email list for him and raised more than $400,000 in donations.

The campaign was launched three to four weeks before Kelly announced he was running for Senate.

Equinox chief to members: 'I'm sorry for the impact' of Trump fundraiser 'on our community'