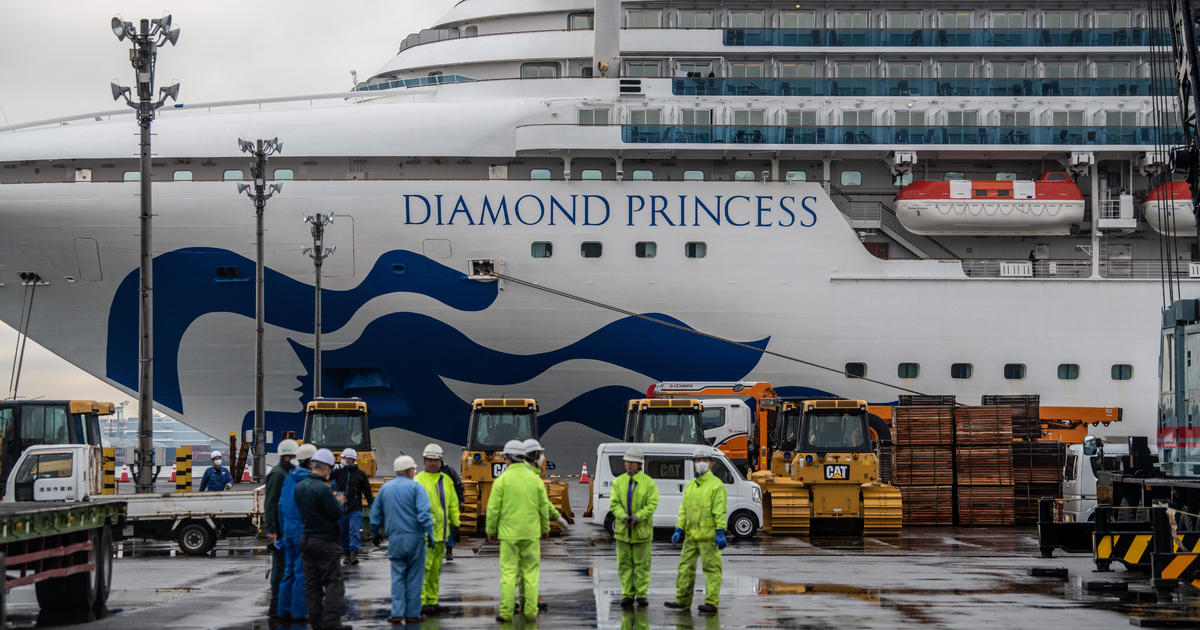 Tokyo — The U.S.’s “no-sail” order expired over the weekend, opening the door to a gradual return of cruise ship tourism. Japan offers a glimpse of what may be in store, as its cruise ships head back to sea for the first time in eight months.

Based in an archipelago with as-yet unusually low infection rates, Japan’s tiny cruise ship industry is literally testing the waters with a handful of short cruises traversing a few domestic ports, under a plethora of new rules to prevent the spread of COVID-19.

Front of mind is February’s Diamond Princess crisis, at the time, the worst outbreak of coronavirus outside China. As the world watched, 712 Japanese and foreign passengers and crew aboard the Yokohama-docked, American-owned cruise ship became infected, 13 fatally. The Japanese government’s perceived halting and bureaucratic response — quarantining passengers and crew onboard for weeks — came under withering attack at home and abroad.

The disaster underscored how cruise ships are a perfect vector for coronavirus. Still, in an attempt to prove sailing can be safe, on October 25 the Nippon Maru, run by Mitsui O.S.K. Passenger Lines, sailed out of Niihama Port, Ehime, in southwestern Japan, the first cruise since February 26. Occupancy was restricted to just 200, less than half capacity, with 100 crewmembers, for the three-day voyage.

Couples and families joined retirees for the trip, as interest was buoyed by a travel-subsidy program aimed at rescuing the flailing tourism sector.

“This is so much fun,” a masked woman shouted down to TV reporters from the ship’s railing. “I’m excited!”

Despite the “Welcome to Sasebo” sign, however, anti-viral measures were intense, designed to prevent all close contact, except among cabinmates. The city of Sasebo, on the island of Kyushu, was prepared to bar the ship even at the last minute, if local new weekly infections exceeded six. Any sign of fever, and passengers were to be bundled back on ship for treatment.

Sasebo’s pier had recently been refurbished to accommodate giant foreign cruise ships, but local officials delighted over the trickle of domestic tourists, according to the local Nagasaki Shimbun newspaper.

On Nov. 2, NYK Cruises’ Asuka II liner, which normally sails to foreign ports of call, will return to the water for a four-day journey out of Yokohama bound for nearby Shimizu Port, in Shizuoka.

In an interview with the Asahi newspaper, NYK Cruises president Fukashi Sakamoto said their antiviral safeguards were of “the highest conceivable level.” Pre-boarding procedures call for swab-testing, a detailed health questionnaire tracing travel and contacts over the prior two weeks, and temperature check. The guidelines bar any passenger with a chronic illness that would put them at high risk if exposed to coronavirus.

To enable social distancing, the 872-passenger ship will carry less than half its capacity. At twenty high-traffic areas like the dining room entrance, thermal imaging cameras will be deployed to try to spot anyone with a fever. And of course, masks and hand-washing are mandatory.

Normally assigned crowded quarters, crew will be berthed one to a room. Staff who interact with passengers like waiters, are being housed in areas separate from back-of-the-house employees.

The ship is now equipped to periodically re-test crew onboard. A quarantine zone of twenty rooms has been set aside for isolating any new infections. Buffet meals are gone, replaced with set meals, and on-board activities that might lead to crowding have been dropped.

These safety measures “may amount to overkill,” Sakamoto said, adding that the restricted ridership means no profits. But in the wake of the Diamond Princess debacle, he added, “we must do whatever we can.” Carnival Corporation, owner of the ill-fated Diamond Princess told the Washington Post that it can make money even on half-full ships.

The pandemic struck just as Japanese port traffic was surging — In Yokohama, cruise ship port calls spiked from 127, in 2015, to a record 188 last year — popularity only exceeded by Naha, in Okinawa, and Kyushu’s Hakata. Yokohama — which had been banking on 260 port calls this year, has seen just 13 so far.

The port of Shimizu, in Shizuoka, was even more cautious, nixing a welcome ceremony at the wharf and barring other sightseers from the area.