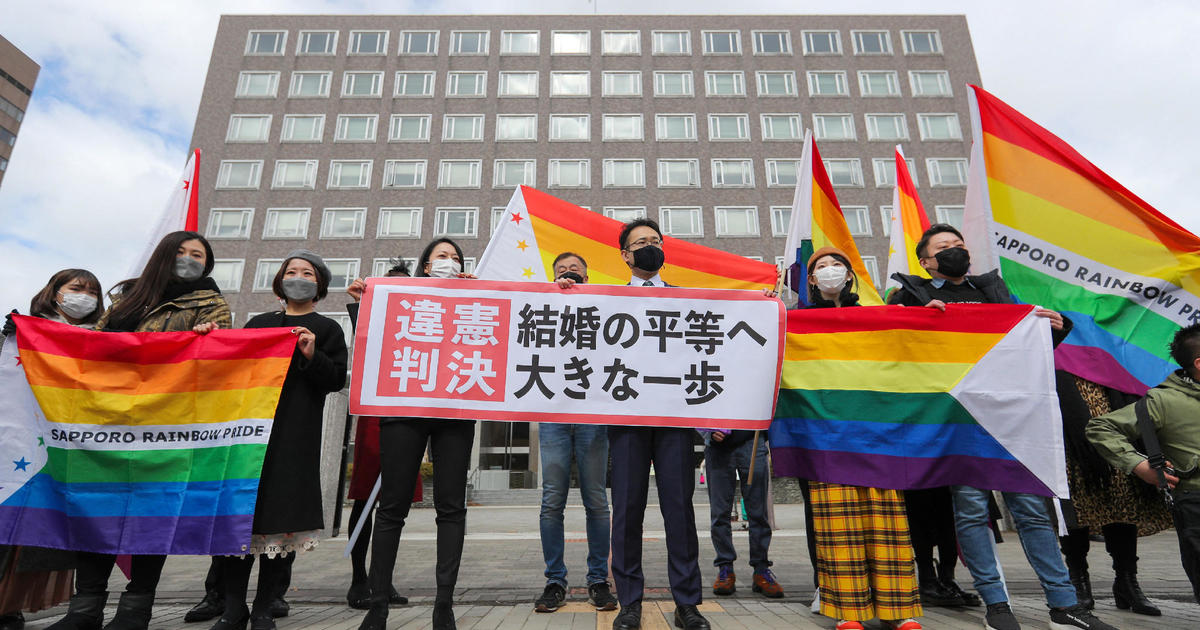 A district court in Japan ruled Wednesday that the government’s failure to recognize same-sex marriages is unconstitutional. “Legal benefits stemming from marriages should equally benefit both homosexuals and heterosexuals,” the Sapporo District Court said, according to The Associated Press.

But the court didn’t go along with the plaintiffs’ request for $9,100 in compensation per person for the difficulties they’ve suffered.

The case was part of a series of lawsuits filed by same-sex couples arguing that they’ve suffered because they can’t marry, reports the Japan Times. Many of the couples sued on Valentine’s Day 2019, with actions being brought in Sapporo, Tokyo, Osaka, and Nagoya. Another group of same-sex couples filed suit in Fukuoka in September 2019.

Japan is the only country in the G7 that doesn’t allow same-sex couples to wed. The ruling in Sapporo was seen as a symbolic victory for LGBTQ+ rights activists and sets a potential precedent for other district court rulings.

One of the plaintiffs, Ai Nakajima, told the BBC the ruling “is one huge step forward in Japan,” adding, “We are moving closer to making our dream come true.”

“The chief judge said that the discrimination based on the natural difference of sexuality is a violation of Article 14. I could not stop crying,” Ryosuke Kunimi, another one of the plaintiffs, told the BBC.

Article 14 states, in part, that “all of the people are equal under the law and there shall be no discrimination in political, economic or social relations because of race, creed, sex, social status or family origin,” according to a translation of Japan’s constitution of Japan on the prime minister’s website.

Wed Mar 17 , 2021
A serial stowaway who claims to have taken more than 30 flights without a ticket was arrested at Chicago’s O’Hare International Airport. Marilyn Hartman faces criminal trespass charges for sneaking away from A Safe Haven halfway house sometime after her electronic ankle monitor apparently malfunctioned on Tuesday. She was spotted […]