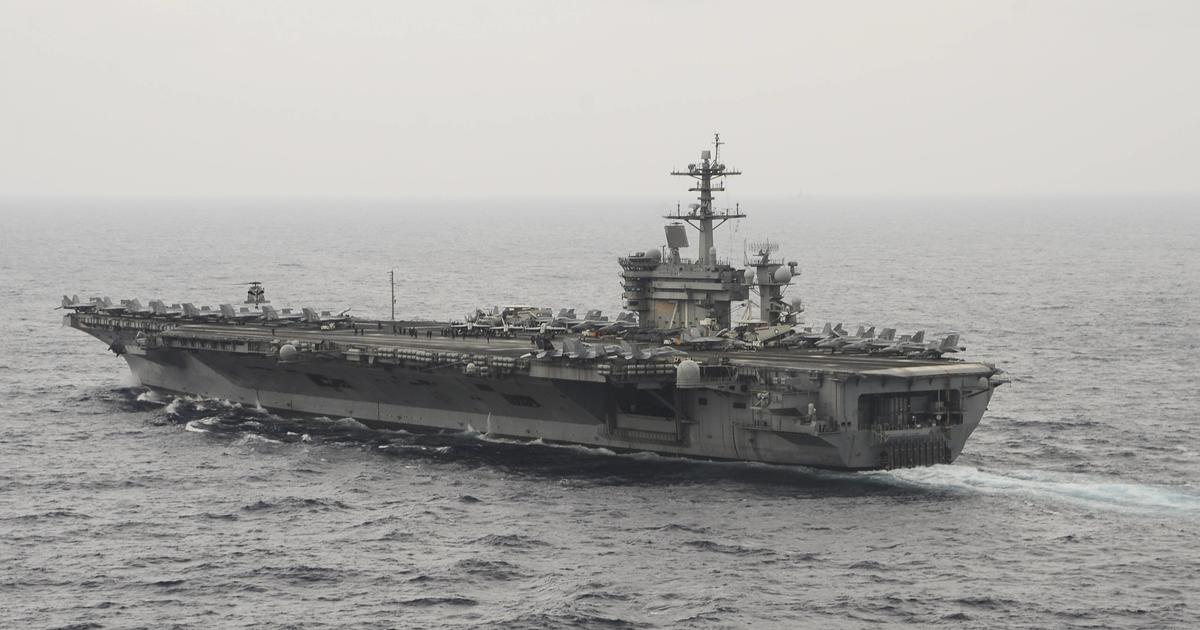 TEHRAN, Iran — Iran’s state TV has broadcast footage purporting to show a close encounter between the Revolutionary Guard’s navy and the USS Theodore Roosevelt. The incident purportedly happened in the strategic Strait of Hormuz in the Persian Gulf, the passageway for nearly a third of all oil traded by sea.

Saturday’s footage is likely meant as a show of strength amid new U.S. sanctions on Iran and the Trump administration plans to bring Iranian oil exports down to zero. In the video, Guard speedboats are seen closing in on the U.S. carrier.

Iranian sailors then warn the Americans over radio communication to “keep well clear” of the Guard patrol boats and say they advise the Americans to “refrain from the threat or use of force in any manner.”

The last tense encounter between the U.S. Navy and Iranian forces in the Persian Gulf was recorded on Aug. 14, 2017, when an unarmed Iranian drone shadowed the USS Nimitz aircraft carrier at night and came close enough to F-18 fighter jets to put the lives of American pilots at risk, the Navy said at the time.

The drone did not respond to repeated radio calls and came within 1,000 feet of U.S. fighters. In a similar encounter Aug. 8, the Navy said an Iranian drone came within 100 feet of an F-18 preparing to land on the Nimitz.

For the first eight months of 2017, the Navy recorded 14 instances of what it describes as “unsafe and/or unprofessional” interactions with Iranians forces. It recorded 35 in 2016 and 23 in 2015.

The incidents at sea almost always involved the Revolutionary Guard, a paramilitary force that reports only to Supreme Leader Ayatollah Ali Khamenei. Some analysts believe the incidents are meant in part to squeeze moderate President Hassan Rouhani’s administration after the 2015 nuclear deal.

Of the incidents at sea last year, the worst involved Iranian forces capturing and holding overnight 10 U.S. sailors who strayed into the Islamic Republic’s territorial waters.

Women are losing sleep over this retirement savings fear

Sat Sep 29 , 2018
When it comes to retirement savings, living too long can be a blessing or a curse. For women, who tend to outlive men and spend years caring for family members, it’s a major cause of anxiety. Those were the findings of a recent survey by the Nationwide Retirement Institute. In […]