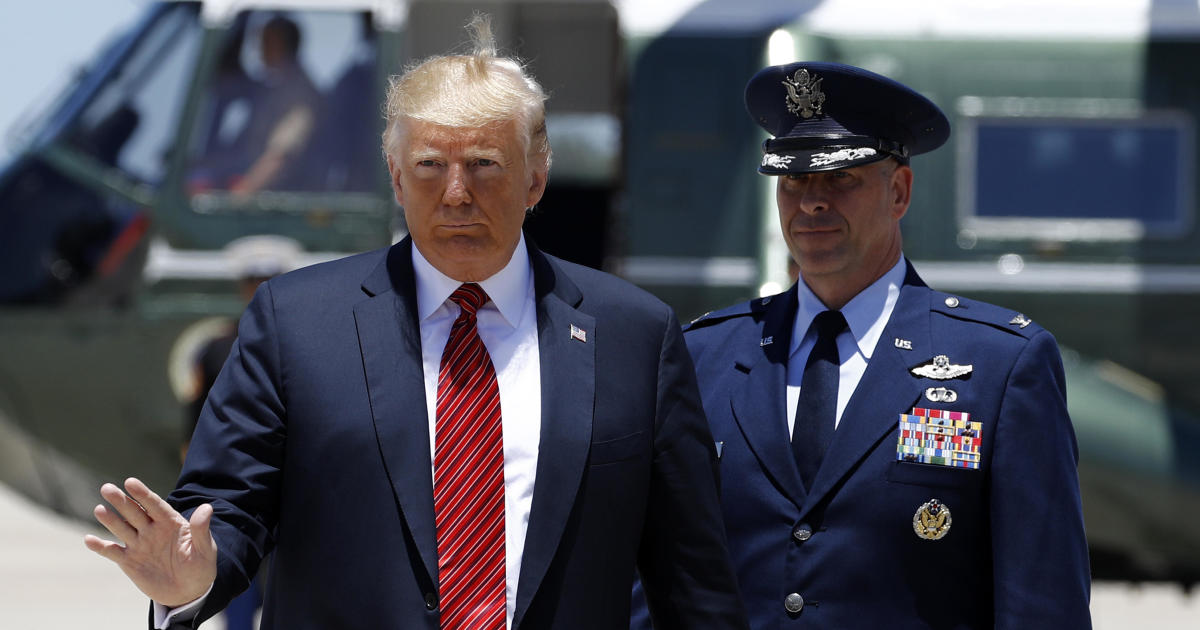 The campaign also found Biden doing well in states Mr. Trump won in 2016 and would need to win again to ensure reelection to a second term. The poll was conducted by campaign pollster Tony Fabrizio, and its findings were first reported by The New York Times, which characterized it as “devastating” for the campaign.

The poll found Biden doing well across a broad swath of the country, including Rust Belt states like Michigan, Ohio and Wisconsin, as well as Florida, North Carolina and Arizona. A number of public polls have shown Biden leading the president, including a Quinnipiac University national survey released Tuesday that found Biden ahead 53% to 40%.

The campaign sees the issue of trade and Biden’s previous support for NAFTA as a potential vulnerabilities in the Midwest and Pennsylvania, and Mr. Trump is expected to unleash more attacks on Biden on those issues.

“When we run through his trade messaging, it hurts him,” one Trump adviser told CBS News. “Biden’s trade record does not do well.”

The official said the poll found Vermont Sen. Bernie Sanders was more competitive than Biden in states like Wisconsin, Michigan, Ohio and Pennsylvania. But the campaign found its messaging on trade failed to cut into Biden’s support in states like Florida and North Carolina, indicating Biden could place more states into play in a general election.

“Biden’s map is all over the place,” the adviser said.

A separate Trump adviser said some in the campaign believe Sen. Elizabeth Warren’s stock could rise in a crowded Democratic primary field, calling her “the real deal in a field of two dozen people acting clownish.”

“She comes across as authentic, and can stick out,” the adviser said.

Mr. Trump and Biden are both in Iowa for dueling events on Tuesday. Before leaving the White House, Mr. Trump issued a barrage of criticisms against the Democratic frontrunner, calling him “weak mentally” and a “dummy.” At an event Tuesday afternoon, Biden responded, calling Mr. Trump an “existential threat” to the U.S.