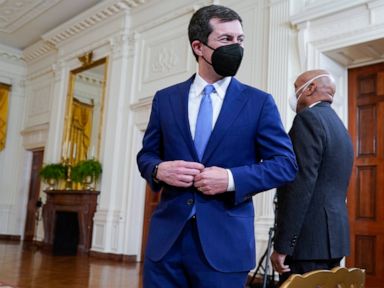 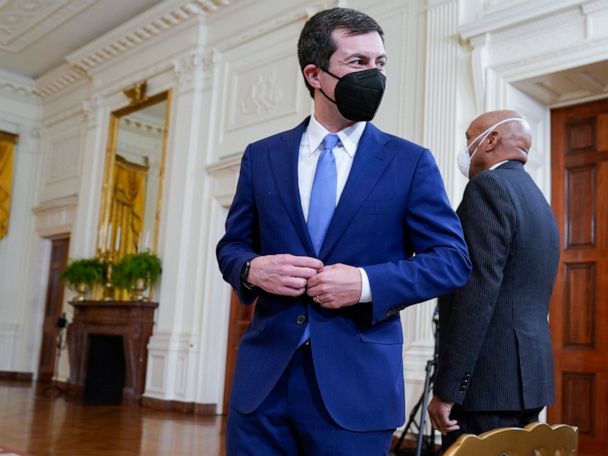 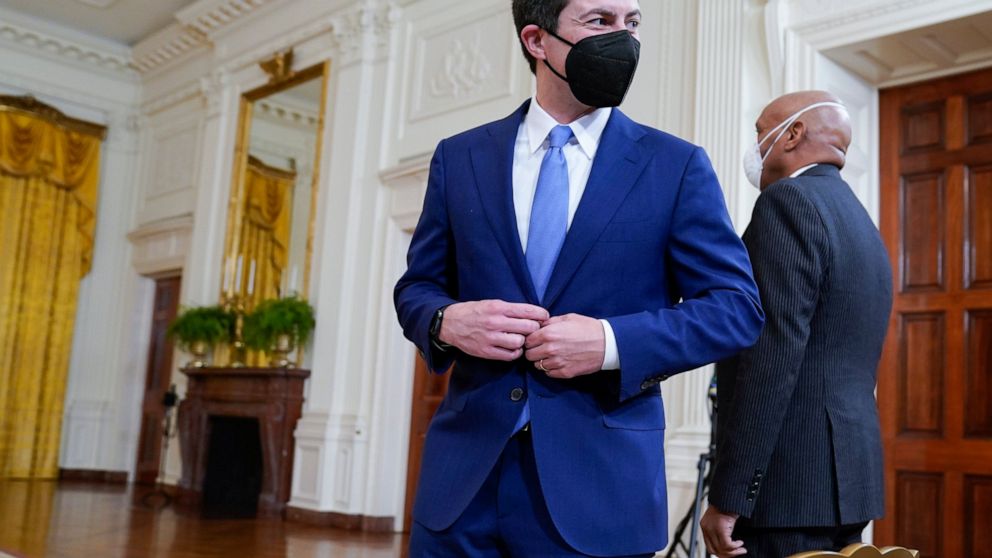 WASHINGTON — Transportation Secretary Pete Buttigieg and his husband, Chasten, are publicly celebrating their adopted baby son’s return home after being hospitalized for a health scare.

The couple adopted an infant boy and girl, named Penelope Rose and Joseph August Buttigieg, about two months ago.

On Friday, Chasten Buttigieg revealed on Twitter that the boy, nicknamed Gus, was recovering after being hospitalized and spending an time on a ventilator.

Chasten Buttigieg wrote on Twitter: “After 3 weeks in and out of hospitals, 125 miles in an ambulance, and a terrifying week on a ventilator, Gus is home, smiling, and doing great.”

Pete Buttigieg, the first openly gay person to be confirmed by the Senate for a Cabinet position, added on Twitter, that he was, “Thankful, relieved, and reflecting a great deal on the mixture of joy, terror, and love that is parenting.”

The couple didn’t reveal further details about the exact nature of their son’s health situation. On Halloween, they posted pictures on Twitter of the babies dressed in what appeared to be traffic cone costumes, using the hashtag #twinfrastructure.

The picture of Gus was clearly taken in a hospital. “Gus has been having a rough go of it but we’re headed in the right direction,” Chasten Buttigieg tweeted at the time.

Man burst into flames after Taser used on him, police say

Fri Nov 5 , 2021
Authorities say an upstate New York man is in grave condition at a hospital after police used a Taser to subdue him and he burst into flames ByThe Associated Press November 5, 2021, 10:11 PM • 2 min read Share to FacebookShare to TwitterEmail this article CATSKILL, N.Y. — An […]