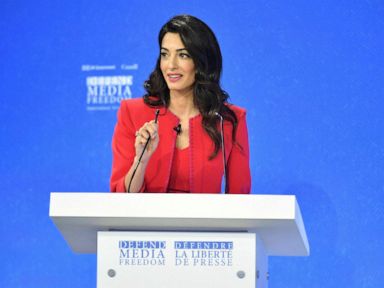 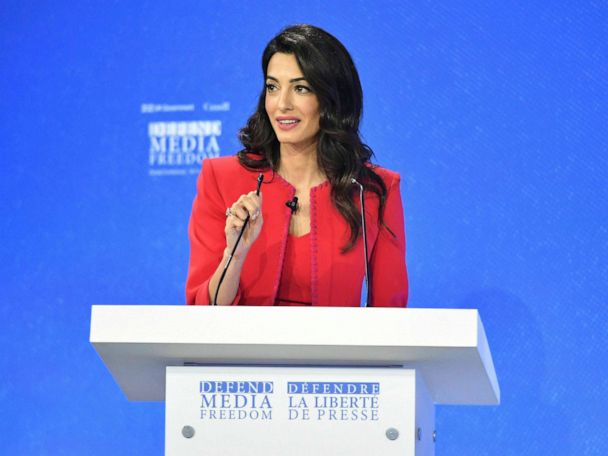 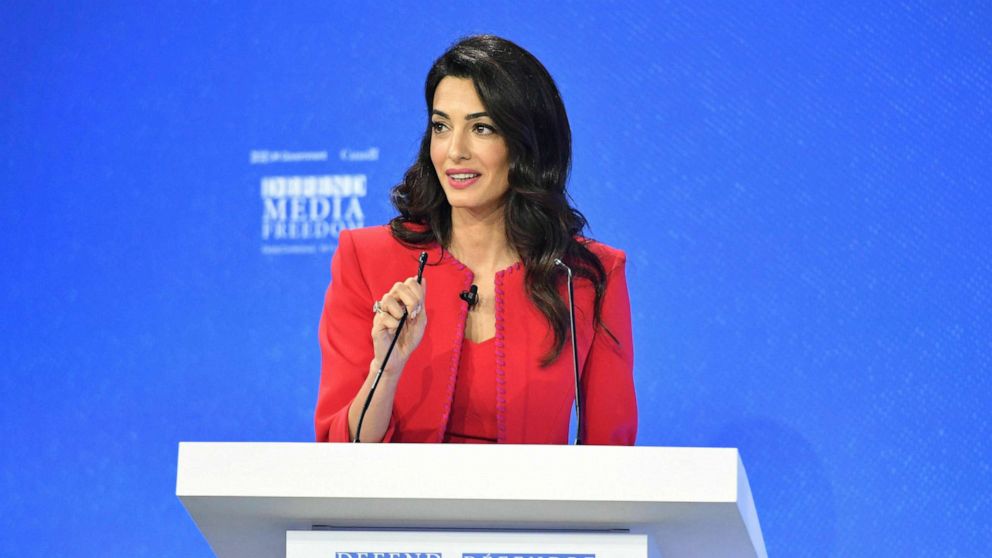 Human rights attorney Amal Clooney took a swipe at President Donald Trump Wednesday while warning about the diminishing freedom of the world’s press.

Clooney made her comment without directly naming Trump, but she left little to the imagination.

“Today, the country of James Madison has a leader who vilifies the media, making honest journalists all over the world more vulnerable to abuse,” Clooney said.

Clooney was speaking at the Global Conference for Media Freedom, held Wednesday in London. She serves as the British government’s envoy on media freedom.

Earlier in her speech, Clooney cited Madison as being a staunch protector of the free press.

“As James Madison — one of America’s founding fathers — warned us more than 200 years ago, the right to a free press is the only effectual guardian of every other right. Yet today journalists are under attack like never before,” Clooney said.

Clooney also criticized world leaders more generally when speaking about the murder of Jamal Khashoggi, the Washington Post columnist who was killed in the Saudi Arabian consulate in Turkey in October.

She said that in the wake of the revelations about Khashoggi’s case, “world leaders responded with little more than than a collective shrug.”

The concerns raised at the conference about press freedom come amid a rising number of attacks on journalists in the U.S., as reported by the U.S. Press Freedom Tracker in May.

As for Trump, on Thursday he was scheduled to host an event titled the White House Social Media Summit, featuring a number of right-wing social media personalities — yet no representatives from major social media giants like Facebook, Twitter or Google were invited.

Trump slammed the so-called “Fake News” on Twitter Thursday morning, before the summit, writing that “The Fake News is not as important, or as powerful, as Social Media. They have lost tremendous credibility since that day in November, 2016, that I came down the escalator with the person who was to become your future First Lady.”

“A big subject today at the White House Social Media Summit will be the tremendous dishonesty, bias, discrimination and suppression practiced by certain companies. We will not let them get away with it much longer. The Fake News Media will also be there, but for a limited period,” Trump wrote as part of a string of tweets.

Thu Jul 11 , 2019
CBS News COVER STORY: Bowled over for breakfastWhat happened when food blogger Wil Fulton tried an experiment of eating nothing but breakfast cereal for a week – 82 consecutive bowls? Susan Spencer talks with Fulton about his serial dining on cereal. She also talks with Yale University’s Paul Freedman about […]