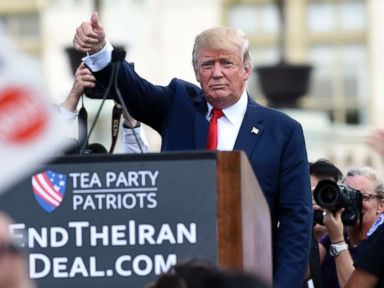 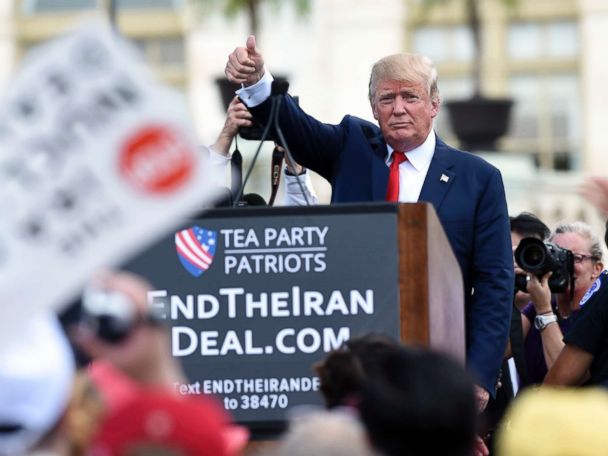 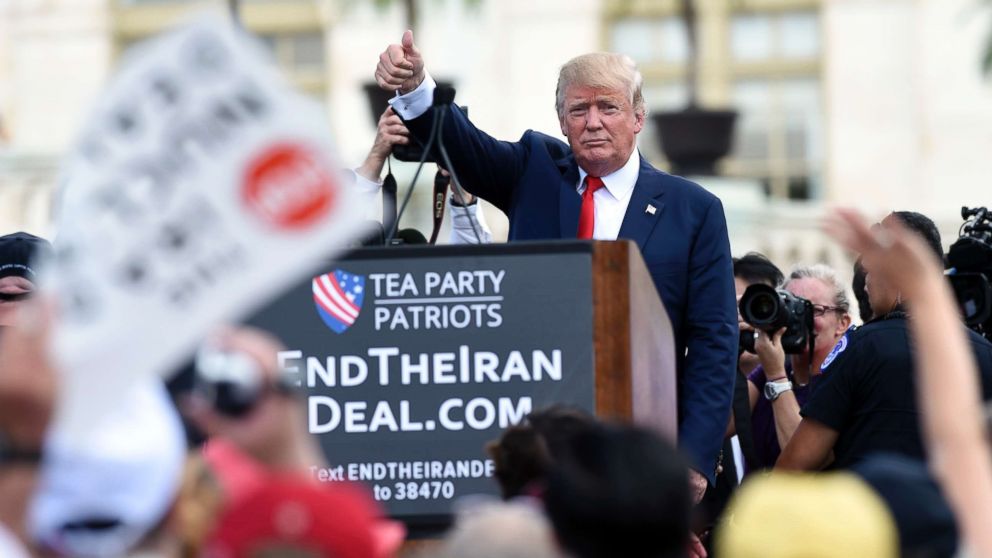 After months of bashing the Iran nuclear accord while simultaneously keeping it alive, President Trump is expected to “decertify” the agreement in a speech Friday as part of his new policy toward Iran.

But decertification is strictly a matter of U.S. law, a step the Trump administration hopes will give it greater leverage to renegotiate or build on the current agreement.

It does not mean tearing up the agreement, and the other parties say the deal is not up for renegotiation –- two things Trump pledged to do as a candidate.

Here are the administration’s plans for the deal, what they hope will come next, and what else it may mean.

Every 90 days, the president must certify that Iran is still complying with the nuclear accord and that the deal, formally known as the Joint Comprehensive Plan of Action or JCPOA, remains in America’s national security interest.

This is not part of the deal itself, but a requirement that was put into place by Congress after they did not get to ratify the agreement as a treaty. The Iran Nuclear Agreement Review Act of 2015 is a bipartisan piece of legislation that was overwhelmingly passed by Congress before being opposed — but eventually signed — by President Obama. The law was meant to give Congress an oversight role over the nuclear deal.

Trump has certified the deal twice, once in April and once in July, although he has said he did not want to do it.

“If it was up to me, I would have had them noncompliant 180 days ago,” he told the Wall Street Journal shortly after certifying the deal in July.

Since then, the administration has claimed that while Iran is in “technical” compliance — meaning it is abiding by its terms — it is violating the “spirit” of the agreement. Members of Trump’s team, including Secretary of State Rex Tillerson and Treasury Secretary Steve Mnuchin, cite Iran’s “malign” activities in the region as violations of the agreement. They list Iranian support for the brutal Assad regime in Syria and the terrorist group Hezbollah, as well as its illegal ballistic missile program, as examples, but the deal was never intended to cover those issues.

Since taking office, the Trump administration has also signed multiple waivers for nuclear sanctions against Iran. These waivers are part of the deal and represent the U.S.’s commitment to the agreement; in exchange, Iran abides by limits on its nuclear enrichment activities and opens itself to inspections by the International Atomic Energy Agency.

Doing so has kept the U.S. in compliance with the accord, and decertification does not matter for the deal itself because it’s a separate issue of U.S. law.

If Trump follows through and decertifies the deal on Friday, it will begin a 60-day countdown clock for Congress to decide whether to “snap back” those nuclear sanctions. But that’s something no one on Capitol Hill seems inclined to do. Even Iran hawks who are close to Trump, like Sen. Tom Cotton, R-Arkansas, are wary of decertification because it would constitute a “material breach” of the agreement and could destroy it.

Instead, the Trump administration hopes to use decertification as a way to put pressure on Iran, U.S. officials have told ABC News. With the threat of restoring those old sanctions and imposing new ones — as well as the threat of military force — the U.S. hopes to have new leverage and get Iran to accept changes to the deal.

The White House is seeking to extend or eliminate the expiration date for so-called “sunset” provisions, which limit the amount of uranium Iran is allowed to enrich. The administration also wants to impose penalties or limits for Iran’s ballistic missile program and create a stronger enforcement mechanism for potential breaches of the deal. And they want to amend the deal to guarantee inspection of all potential nuclear sites, including military sites that Iran claims are not subject to the current agreement.

“There is a period of months at which we can engage in the kind of coercive diplomacy I have advocated,” Cotton said in a speech last week.

And if that fails, Cotton said, “We may have to impose new, even more coercive, sanctions. We may have to array our forces to prepare for … calibrated strikes.”

But Iranian officials have already ruled out any renegotiation of the deal.

“Either the [nuclear agreement] will remain as-is, in its entirety, or it will no longer exist,” Iran’s President Hassan Rouhani said last month at the United Nations. “There will be absolutely no changes, no alterations, nothing done to the current framework.”

It’s not clear whether America’s European allies would go along with a renegotiation, either. French President Emmanuel Macron has expressed concern about Iran’s ballistic missiles and the “sunset” provisions as well. But France, the United Kingdom, Germany, and the European Union — who negotiated the deal along with the U.S., China, Russia, and Iran — have all said the deal is working well and urged the U.S. to stay in it.

“There is no technical nor political space to renegotiate this deal,” Federica Mogherini, the EU’s High Representative for Foreign Affairs and Security Policy, told PBS Wednesday.

Beyond decertification, there are a number of ways the Trump administration hopes to put pressure on Iran to come back to the negotiating table.

First, Congress could vote to snap sanctions back into place, or Trump could refuse to sign the next round of waivers for sanctions. But again, none of that is likely since the U.S. would be essentially tearing up the agreement and taking the blame for whatever comes next. That could include Iran pulling out of the deal as well and restarting uranium enrichment activities, or Iran could stay in the deal and try to drive a wedge between the U.S. and its allies.

Second, Trump could call for greater non-nuclear sanctions on Iran as it seeks to punish the regime without violating the deal. That could include sanctioning Iran’s Revolutionary Guard Corps as a terrorist organization or trying to cripple the country’s ballistic missile program with more sanctions, two sources told ABC News.

The Europeans seem more inclined to try to “build” on the deal in this way.

As British Ambassador to the U.S. Kim Darroch said on Sept. 25, “We would say, let’s intensify the discussions [on how to deal with Iran’s other activity], but let’s keep the JCPOA.”

But it would be difficult to get both Iran and its ally, Russia, back to the table for a new round of talks.

Third, the administration has been working with Republicans on Capitol Hill to amend parts of the Iran Nuclear Agreement Review Act, including the need for certification every 90 days, according to two sources.

What exactly that will look like is still being determined, but it could include greater congressional oversight.