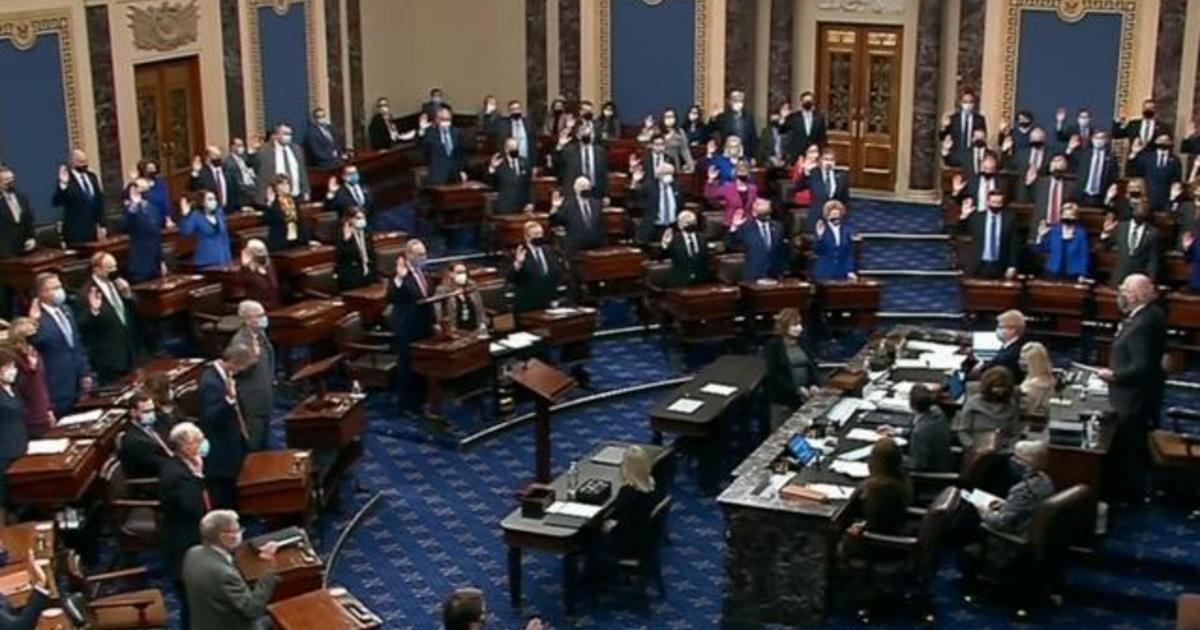 Former President Trump’s second impeachment trial will begin on Tuesday, February 9, as senators gather to consider whether to convict the former president of incitement of insurrection after a mob of his supporters overran the U.S. Capitol in a deadly attack on January 6.

CBSN will air the trial in full and CBSN’s Elaine Quijano will provide analysis after it has concluded for the day.

The House voted to impeach Mr. Trump on January 13 on a charge of inciting an insurrection. Ten House Republicans joined every Democrat in voting for impeachment.

One week earlier, Mr. Trump told his supporters at a rally to “fight like hell” as members of Congress prepared to count the Electoral College votes. A mob of his angry backers then stormed the U.S. Capitol, sending lawmakers into hiding and delaying the electoral count for nearly six hours. The rioters shattered windows and broke down doors to gain access to the halls of Congress, and five people died in the melee.

Mr. Trump is the first president in history to be impeached twice. It appears likely he will be acquitted in the Senate, since 67 votes — two-thirds of the Senate — are needed to convict, which would mean 17 Republicans would have to join the 50 Democrats. Last week, in what could be foreshadowing of the outcome of the trial, 45 Senate Republicans voted to challenge the constitutionality of holding an impeachment trial against a former president.

Growing number of scammers claim to have COVID vaccines for sale

Tue Feb 9 , 2021
Law enforcement officials are warning of a growing number of online scams tied to COVID-19 vaccinations. Demand for the vaccine is fueling a new type of scam: Vaccines for sale, according to a report from Digital Citizens Alliance and Coalition for a Safer Web — two nonprofits that focus on internet […]