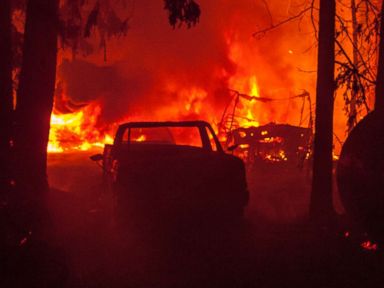 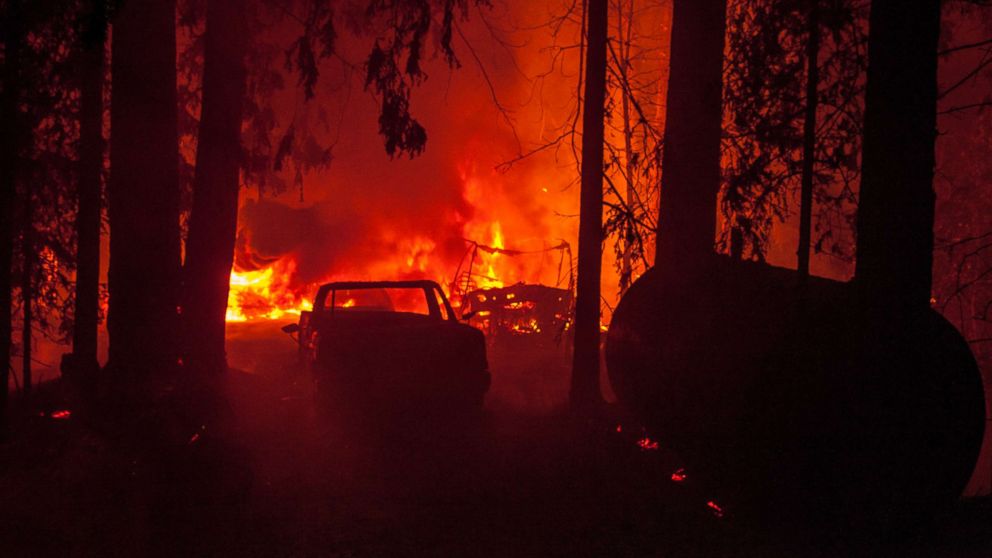 What started as just a spark on Sunday raged into a full-blown inferno in a matter of hours, threatening thousands of lives in Santa Rosa, a picturesque city with a population of over 175,000 situated in Northern California’s wine country.

The so-called Tubbs fire was just 10 percent contained on Thursday, some four days after it rampaged into the broad valley where Santa Rosa sits, giving terrified residents little warning before they were forced to gather what belongings they could and get out.

Some didn’t make it. Tragically, many of the victims appear to have been elderly people in their 70s and 80s, Sonoma County Sheriff Rob Giordano said at a press conference on Thursday night.

The Tubbs blaze has been blamed for at least 17 fatalities so far, by itself one of the deadliest wildfires in California history. Some 21 fires in multiple counties have exacted a heavy toll this week: 31 fatalities. Taken together, this outbreak exceeds California’s deadliest wildfire, the 1933 Griffith Park blaze that killed 29.

“When a fire moves that quickly, there really is no evacuation notification system that can keep up,” said Scott Stephens, a professor of fire science at the University of California Berkeley, referring to the Tubbs fire that devastated Santa Rosa. “We’re talking about just minutes.”

That blaze traveled some 14 miles over a mountain range and down into the city in a little over two hours, Stephens said. The wall of flames hundreds of feet wide descended down the mountain at the pace of a moderate jog, incinerating the mixed oak woodlands and chaparral shrubs that surround the city.

Then it began to consume whole neighborhoods.

Once it reached Santa Rosa, it tore through more than three-quarters of a mile of urban environment, destroying virtually everything in its path, including hundreds of homes and businesses and even a brand new fire station.

The fact that it happened at night made it even harder to see coming, potentially adding to its lethality. A phenomenon known as an ember attack would have begun to pummel the city even before the flames came into view.

Embers thrown aloft from the massive heat generated by wildfires — which can reach temperatures of 1,500 Fahrenheit — can travel “at least a mile and maybe more in bad situations,” Stephens said.

The outbreak that began on Sunday night presented just such a scenario: bone-dry conditions coupled with what is known as a Diablo wind, which comes from the east — hot, dry and with high velocity. In other words, the conditions were perfect for breeding wildfires.

Stephens called the scenario “about as bad as it gets,” compounded by the fact that responders were facing not one but 21 out-of-control blazes in several counties.

“The winds gusted up to 70 mph on Sunday,” said Yana Valachovic, county director and forest adviser at the University of California Cooperative Extension. Valachovic called this week’s outbreak “a massive ember-driven event with high winds.”

“It’s like being in a hail storm of embers, but they’re blowing horizontally,” she said. “You have no time. You have to get out of there.”

She described what’s known as a cascading effect, when embers pile up on one house, and when it goes up in flames, surrounding houses are consumed with increasing rapidity.

“Your house’s survival is dependent on your neighbor’s house,” she said.

Fri Oct 13 , 2017
You don’t have to buy into the motto of Gordon Gekko that “greed is good” to want to be a millionaire, but investing on Wall Street is certainly one avenue of achieving that goal. Continue Reading Below Three Motley Fool investors identified NetEase (NASDAQ: NTES), Shopify (NYSE: SHOP), and TripAdvisor […]