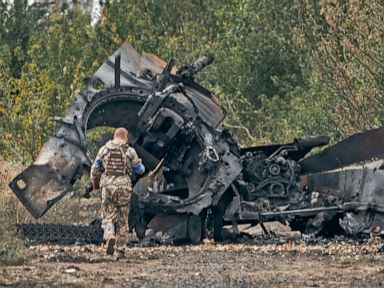 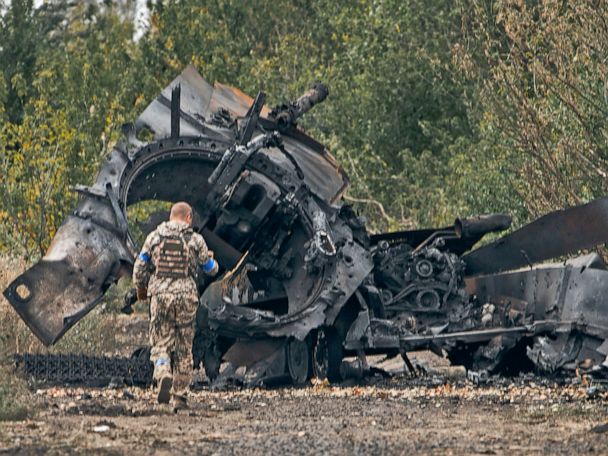 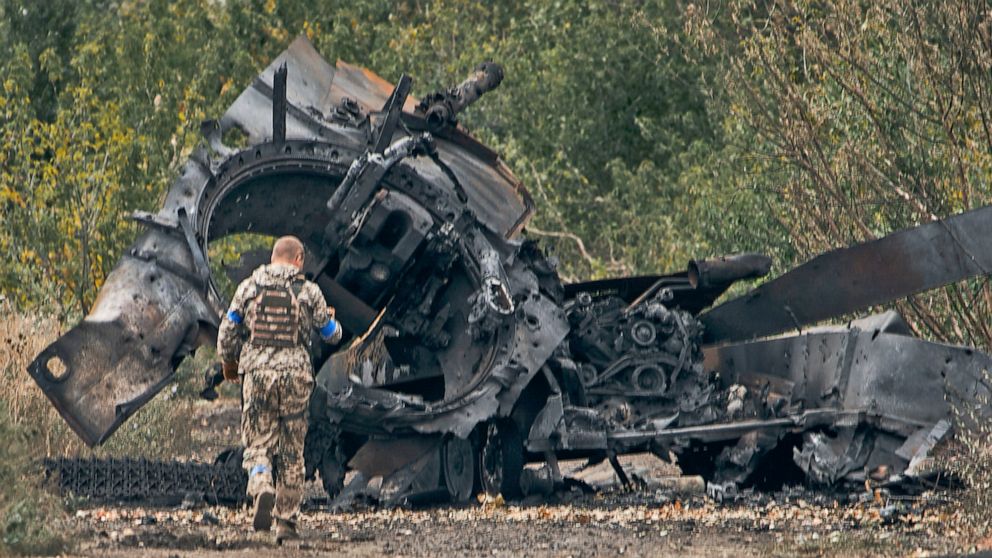 Ukraine’s stunning blitzkrieg counteroffensive in the northeastern part of the country has routed Russian forces and continues to make rapid progress, in some cases pushing back Russian troops back into Russia, U.S. officials said Monday.

While they acknowledge that the constant flow of U.S. military aid and equipment has helped “change the battlefield dynamics,” the officials also have been quick to praise Ukraine’s military for how it has employed the equipment on the battlefield and for anticipating what weapons it would need to eventually launch the offensive.

In a matter of days, Western officials believe, Ukrainian military forces have retaken as much as 6,000 square kilometers of territory in northeastern Ukraine once held by Russia for months, pushing eastward from Kharkiv as far as 40 miles. The Ukrainian advance northward from Kharkiv has come as close as 10 miles to the border with Russia as Russian troops hastily retreated in what Russia’s defense ministry called a “regrouping” of forces.

“On the ground in the vicinity of Kharkiv, we assess that Russian forces have largely ceded their gains to the Ukrainians and then withdrawn to the north and east,” a senior U.S. military official told reporters Monday. “Many of these forces have moved over the border into Russia.”

“We also assess that Ukrainian forces have very likely taken control of Kupiansk and Izyum in addition to smaller villages,” said the official. Both cities were important to Russian military operations in eastern Ukraine, particularly Izyum, which had been used as the main logistical hub for its months-long assault on the Donbass region.

While that assistance was described by the U.S. military official as being “incredibly helpful,” the official directed praise at Ukraine’s military.

“Much of the credit, if not most of it goes to the Ukrainians and what they’re doing to employ these capabilities,” said the official.

A senior U.S. defense official complimented Ukraine’s communications with the United States to anticipate what gear it would need against Russia, such as requesting howitzer artillery to counter what they expected to be an “artillery battle the Russians intended to wage” to take over the Donbass region.

That was soon followed by Ukraine’s request for a counter to Russia’s advantage in long range rocket systems and its establishment of major logistical hubs and military headquarters far behind enemy lines.

“That’s when we started focusing on the ability of providing the HIMARS and GMLR systems (the rockets fired by HIMARS),” said the official. “So, it is absolutely a partnership and in listening to the understanding of what they’re seeing, and then seeing what we can do to provide them with capabilities to address that.”

Last week, Joint Chiefs of Staff Chairman Gen. Mark Milley said that the United States had provided “thousands” of the long-range rockets fired by the HIMARS systems that Ukraine has used to strike at more than 400 Russian targets behind enemy lines, including ammunition depots, logistical hubs, and military headquarters.

“They’ve had devastating effect,” Milley said in Germany last week. “Russian lines of communication and supply channels are severely strained. It is having a direct impact on the Russian ability to project and sustain combat power.”

“Russian command and control in the headquarters have been disrupted and they’re having great difficulty resupplying their forces and replacing their combat losses,” he added.

Tue Sep 13 , 2022
Check out what’s clicking on FoxBusiness.com The Japanese government is walking back years of harsh travel restrictions as the yen collapses in value due to a stagnant economy and weak trade. Japan will allow all travelers with at least three COVID-19 vaccine injections or a negative test result to enter […]