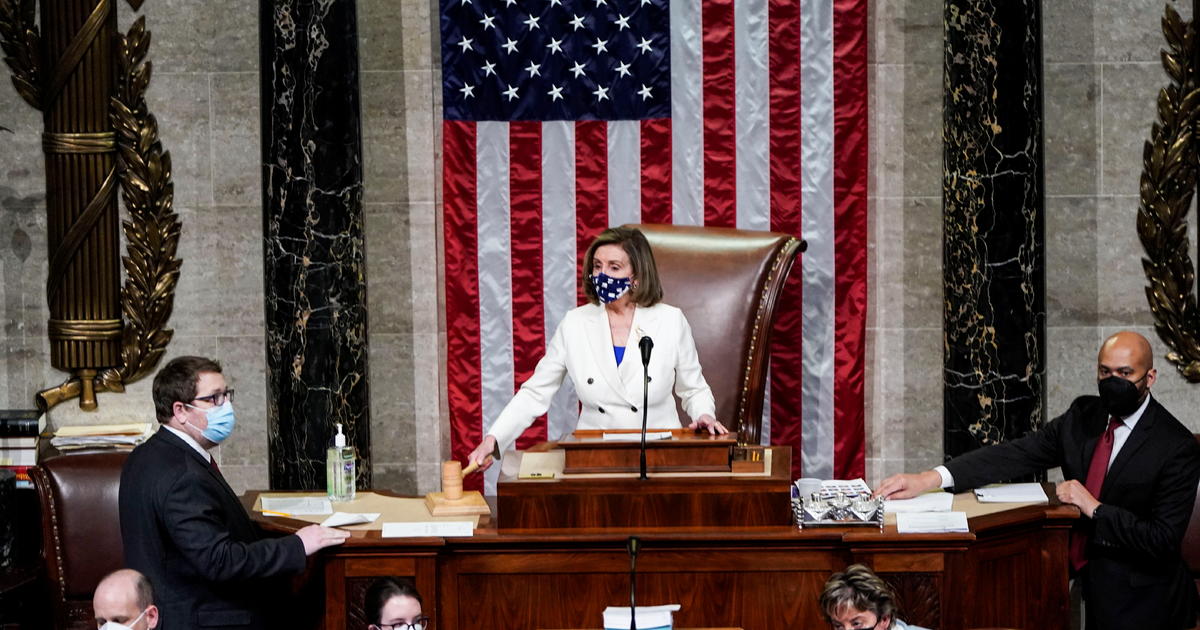 Washington — The House will vote Wednesday on reauthorizing the Violence Against Women Act (VAWA), the landmark 1994 law that strengthened domestic violence protections for women. The measure, which expired two years ago, is expected to pass in the House, but may hit a roadblock in the evenly divided Senate.

VAWA enshrines legal protections for women who have experienced domestic and sexual violence. It was initially passed in 1994, championed by then-Senator Joe Biden, and was updated and reauthorized in 2000, 2005 and 2013. The bill expired at the end of 2018 due to a government shutdown and was briefly renewed by a resolution reopening the government, but expired again in February 2019. Mr. Biden made reauthorizing VAWA a key campaign promise before he was elected.

The current bill would expand victims services and reauthorize grant programs for the criminal justice response to domestic and sexual violence. It also includes provisions that would expand housing options for survivors, and end immunity for non-Native perpetrators of sexual violence on tribal lands.

The House passed a version of VAWA including this amendment in 2019, but it died in the Senate, which was then controlled by Republicans. Some GOP lawmakers objected to this portion of the bill, arguing it was too broad. Republicans also offered objections to provisions that would have expanded protections for LGBTQ and undocumented immigrant victims.

In 2019, the bill received support from 33 House Republicans, and the current version is cosponsored by Republican Congressman Brian Fitzpatrick.

“Congress has historically reauthorized VAWA with broad, bipartisan agreement, and I look forward to working alongside my colleagues to ensure that VAWA continues to protect victims and survivors across the nation,” Fitzpatrick said in a statement when the bill was introduced earlier this month.

GOP Senator Joni Ernst, who introduced a different VAWA reauthorization bill in 2019 that lacked the support to be approved in the Senate, told reporters on Tuesday that she would again introduce her own version of VAWA. She added that fellow Republican Senator Lisa Murkowski was collaborating with her on portions related to protecting women on tribal lands.

“What we’re hoping to show is that we have enough Republican support on our bill, and that we’re willing to work with Democrats on this, and hopefully, by combining forces we can come up with the 60 votes needed and pass a good modernized bill that will work for the Senate, hopefully then the House,” Ernst said.

Murkowski told reporters on Tuesday that VAWA had previously been “derailed” because of the provision closing the “boyfriend loophole.”

“I think it’s critically important that we advance VAWA,” she said.

The House will also vote on a resolution eliminating the deadline for ratifying the Equal Rights Amendment. An identical resolution has been introduced by Democratic Senator Ben Cardin and Murkowski in the Senate. The initial deadline was 1979, and was extended to 1982. No new states voted to ratify the amendment until 2017, when it was approved by Nevada. The amendment was ratified by Illinois in 2018 and Virginia in 2020.

Although the ERA reached the 38-state threshold needed to be adopted with Virginia’s ratification, the Justice Department headed by former Attorney General William Barr issued an opinion in early 2020 saying that the ratifications by the three states did not count since they occurred after the deadline.

The House passed a bill in 2020 eliminating the deadline, but it quickly stalled in the Senate, as then-Senate Majority Leader Mitch McConnell refused to bring it to the floor for a vote.

The resolution to eliminate the deadline has one Republican cosponsor in the House, Congressman Tom Reed. It is unclear whether it will receive sufficient support in the House or the Senate, as joint resolutions require a two-thirds vote in both houses to be approved.

“On the Equal Rights Amendment, I wish that I could tell you that we had more Republican support for that at this point in time. We continue to work that,” Murkowski told reporters.

Plug Power dives after announcing it will restate financial results

Wed Mar 17 , 2021
Plug Power GenDrive Fuel Cell with GenFuel hydrogen. Source: Plug Power Shares of Plug Power dropped more than 15% during premarket trading on Wednesday after the company said it will restate financial results following accounting errors. In a filing with the Securities and Exchange Commission on Tuesday evening, the fuel […]