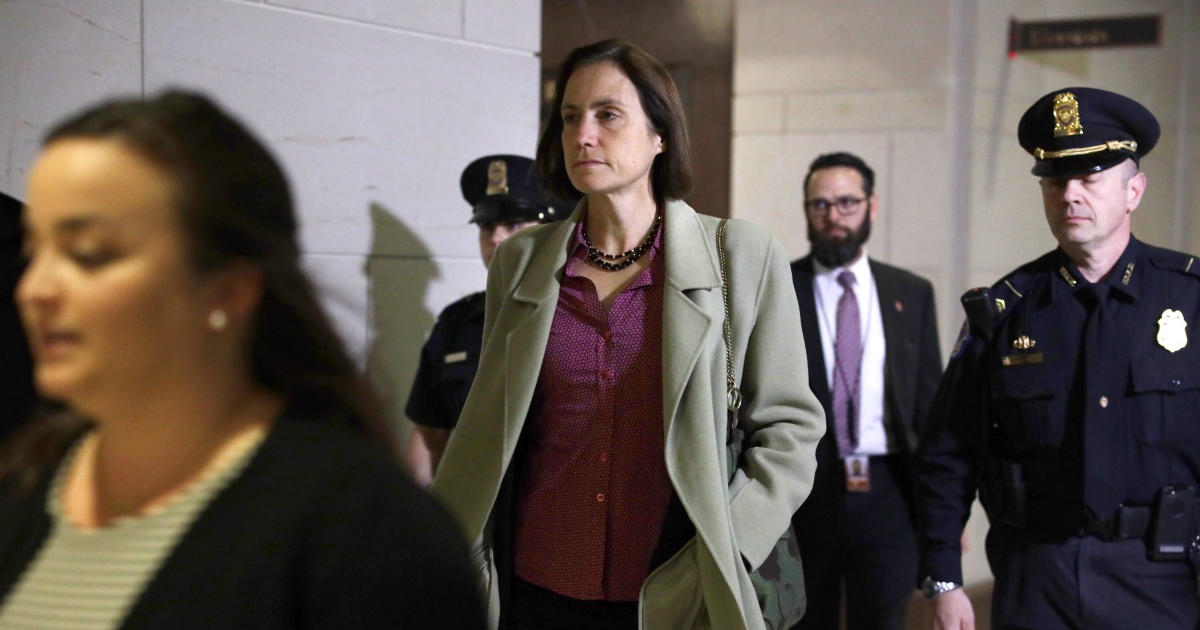 The House committees conducting the impeachment inquiry have released the testimony of President Trump’s former Russia adviser, Fiona Hill, who testified on October 14. Hill is the former senior director for Russia at the National Security Council (NSC).

CBS News’ Margaret Brennan reported that Hill was expected to tell lawmakers that Mr. Trump’s personal attorney, Rudy Giuliani, and Ambassador to the European Union Gordon Sondland actively avoided her and the NSC process and ran their own Ukraine policy, according to a source familiar with Hill.

Lieutenant Colonel Alexander Vindman, an NSC official who testified before the committees later in October, said in his testimony that Hill, his supervisor, raised concerns to Sondland after Sondland raised the prospect of Ukraine opening investigations in exchange for a White House visit. Vindman said Hill also raised her concerns to the lead NSC counsel.

The transcript for Sondland’s testimony before the committees was released earlier this week. In an addendum to his testimony, Sondland said he now remembers a September conversation with Andrey Yermak, an aide to Ukraine’s president, in which he “said that the resumption of U.S. aid would likely not occur until Ukraine provided the public anti-corruption statement that we had been discussing for many weeks.”

Sondland had initially told lawmakers he was unaware Giuliani was targeting former Vice President Joe Biden by urging Ukrainian officials to open an investigation into Ukrainian gas company Burisma, which had put Biden’s son on its board of directors.