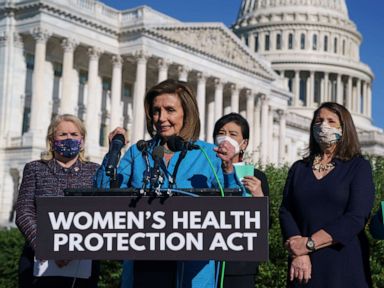 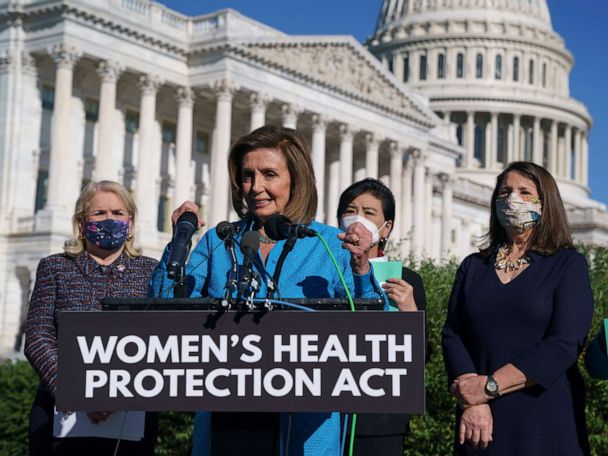 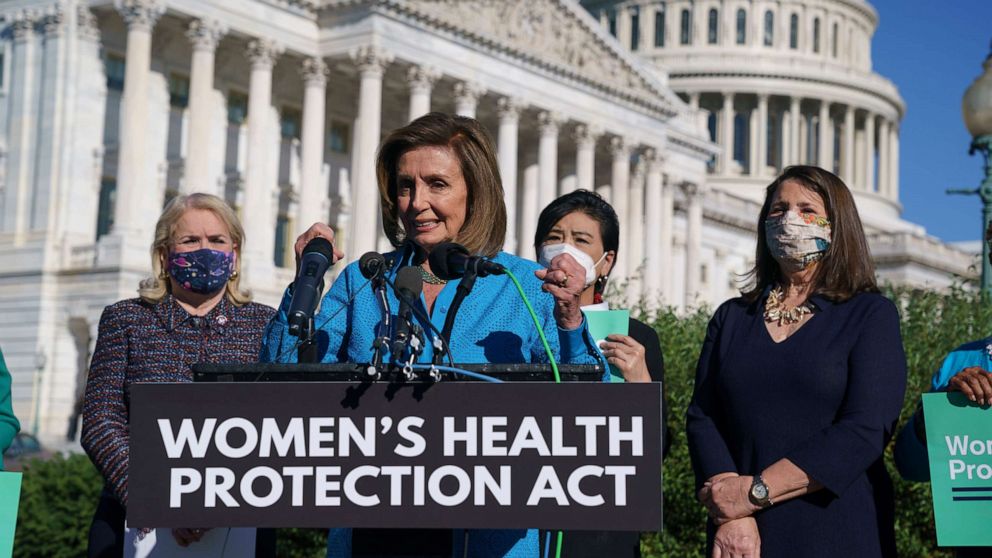 It’s in response to the new Texas law that bans nearly all abortions.

The House on Friday passed a bill to uphold abortion rights for women, taking swift action in response to a new Texas law that bans nearly all abortions in the state.

The final tally was 218-211 with House Speaker Nancy Pelosi announcing the vote.

The House bill has little chance of becoming law and is largely symbolic given Republican opposition in the Senate.

The House bill would codify protections provided by the Supreme Court’s landmark Roe v. Wade ruling, which legalized women’s right to an abortion.

The Texas law that passed in September prohibits abortions after about six weeks of pregnancy and allows “any person, other than an officer or employee of state or local government,” to bring a civil suit against someone believed to have “aided or abetted” an unlawful abortion.

People who successfully sue an abortion provider under this law could be awarded at least $10,000.

Texas Gov. Greg Abbott signed the so-called “heartbeat ban” on May 19 and it went into effect on Sept. 1.

The U.S. Supreme Court voted 5-4 on Sept. 1 to allow SB8 to take effect on procedural grounds, despite what the majority acknowledged as “serious questions” about constitutionality. The justices did not address those questions.

Ahead of Friday’s vote, Pelosi said the House legislation should “send a very positive message to the women of our country — but not just the women, to the women and their families, to everyone who values freedom, honors our Constitution and respects women.”

Since Texas’s abortion ban went into effect, lawmakers in 11 states, including Florida, have announced intentions or plans to model legislation after the state’s law, according to NARAL Pro-Choice America.

The Supreme Court is set to hear oral arguments in a Mississippi abortion case in early December. The high court is expected to consider the legality of Mississippi’s ban on most abortions after 15 weeks of pregnancy, a law that is intended to challenge Roe v. Wade.

Fri Sep 24 , 2021
The 74th Annual Tony Awards will celebrate outstanding performances of the 2019-20 Broadway season on Sunday, September 26. The return of the Tonys comes after shows came to a halt during the COVID-19 pandemic in 2020. Award-winning singer and actress Audra McDonald will host the awards show from Radio City […]