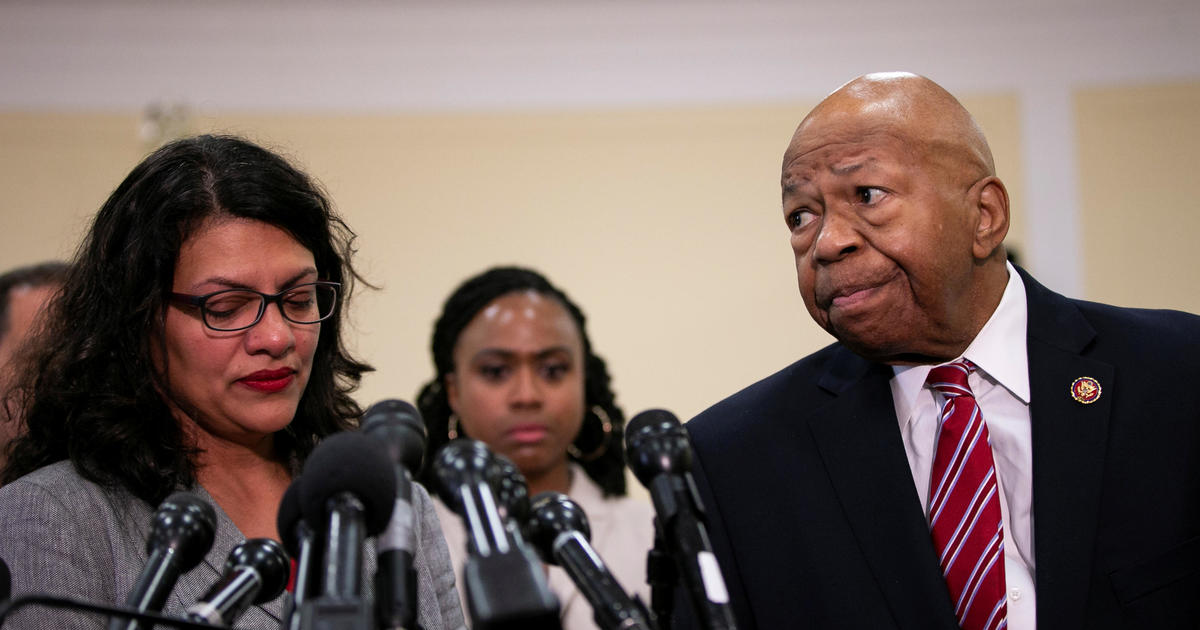 The House Oversight and Reform Committee is holding a hearing Friday morning on the treatment of migrants at the southern border, amid multiple reports of poor conditions in detention centers.

In his opening statement, Committee Chairman Elijah Cummings said that family separations were “more harmful, traumatic and chaotic than previously known.” He also urged committee members to ask themselves, referring to the squalid conditions which migrant children sometimes endure at detention facilities, “Would you allow this for your own child?”

The committee heard first from a panel including Democratic congresswomen who recently visited the border facility in Clint, Texas: Reps. Veronica Escobar, Alexandria Ocasio-Cortez, Ayanna Pressley and Rashida Tlaib. Ocasio-Cortez, Pressley and Tlaib, along with Rep. Ilhan Omar, are a group of progressive members of the House — with an extensive social media following — known colloquially as “the Squad.”

Four Republican members of the committee with districts near the border also testified in the hearing. Arizona Rep. Andy Biggs chided his Democratic colleagues for blaming border patrol officials for the poor conditions at detention facilities.

“We do not get anywhere by blaming the people who are doing their best to help these people,” Biggs said.

Ocasio-Cortez suggested terminating the Department of Homeland Security (DHS) in an interview with The New Yorker earlier this week, her recent visit to a border detention facility in El Paso, Texas as grounds for disbanding the agency. She described the conditions in the facility as “horrible” and said she witnessed “some of the most inhumane behavior.”

“It’s not even living…it was the physical manifestation of Trump’s rhetoric and calling migrants animals because that’s how these women were being treated, their hair was falling out, they had sores in their mouths due to the lack of nutrition,” she said.

The agency was created to address terrorism in the aftermath of the 9/11 terror attacks.

The committee will then hear from a panel including the acting inspector general of DHS, Jennifer Costello, and the assistant inspector general for evaluations and inspections of the Department of Health and Human Services, Ann Maxwell. Former Acting ICE Director Thomas Homan will also be on the panel.

In a recent report, the DHS Office of the Inspector General found squalid conditions in several detention centers for migrant families and children in Texas, including “serious” overcrowding, minors going without hot meals for days and detainees begging not to be returned to their cells.

Along with mass overcrowding in detention cells for children, adults and families, the agency said it found that detainees were held in CBP custody for a “prolonged” periods of time. In all of the inspected facilities, more than 2,500 unaccompanied children had been held for more than three days, a violation of the Flores court settlement that governs the care of minors in U.S. custody. About 50 children under the age of 7 had been in custody for over two weeks, the report said.

The panel comes as a Republican Senate delegation led by Sen. Lindsey Graham travels to McAllen, Texas, to assess the situation at the border.

“Word is out on the street in Central America that if you make it to the United States, try to get caught, don’t evade capture, claim asylum – your chances of being deported are very, very low. I’m trying to do something about that,” Graham said on Thursday.

Vice President Mike Pence is also visiting a border detention facility Friday — he intends to show that reports of chaos and turmoil at the detention facilities are inaccurate, and migrants are receiving good care.

The hearing also comes ahead of mass raids on undocumented immigrants by ICE expected to begin this weekend. According to the New York Times, ICE is reportedly targeting about 2,000 migrants who are here illegally and were ordered deported. The agency has said that while its focus is on arresting people with criminal histories, any immigrant found in violation of U.S. laws would be subject to arrest.

Emily Tillett and Camilo Montoya-Galvez contributed to this report