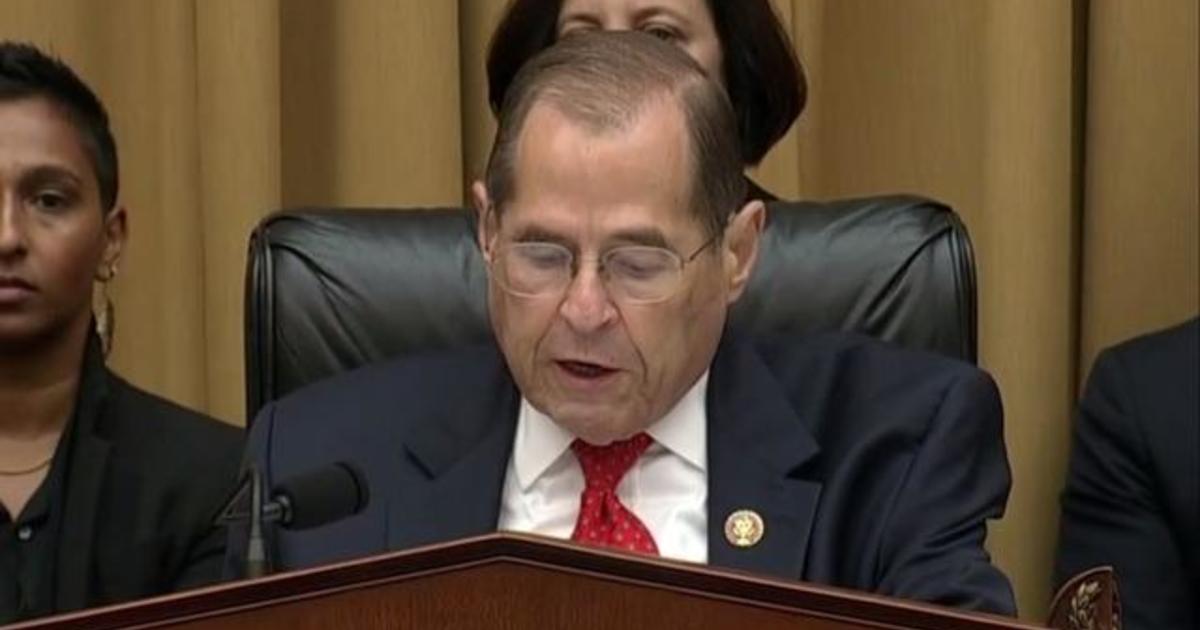 The House Judiciary Committee is preparing to vote to formally define an impeachment inquiry into President Trump. A person familiar with the plans told CBS News this is significant because it’s the first formal acknowledgement in committee.

The source, however, pushed back on the idea that this is in response to Republican criticism that they need to take a formal vote, saying it’s a natural next step for the inquiry. The text of the changes will be made public Monday for a likely vote next week.

Holding a vote will put Democrats on the record on whether they support opening an impeachment inquiry against President Trump.

The House Judiciary Committee said in a court filing in July that it’s actively considering articles of impeachment and is seeking access to redacted materials from the Mueller report in order to decide whether to move forward with the process.

“Because Department of Justice policies will not allow prosecution of a sitting President, the United States House of Representatives is the only institution of the Federal Government that can now hold President Trump accountable for these actions,” the committee wrote in a filing in U.S. District Court.

“To do so, the House must have access to all the relevant facts and consider whether to exercise its full Article I powers, including a constitutional power of the utmost gravity—approval of articles of impeachment,” the filing said.

Sat Sep 7 , 2019
Raiders GM responds to helmet controversy The Oakland Raiders have released star wide receiver Antonio Brown, the team announced Saturday. The move comes after Brown posted an Instagram post that read: “Release me.” Brown seemed to be back in the Raiders’ good graces Friday when he apologized to his teammates […]