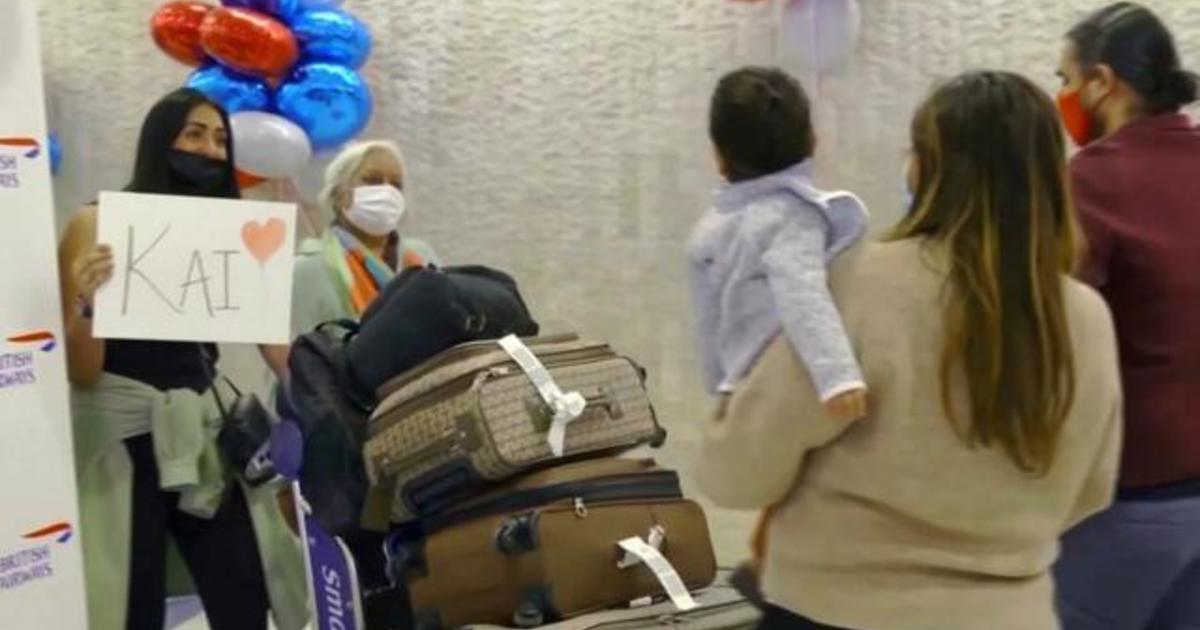 Millions of travelers are expected to hit the road and skies over the Thanksgiving holiday as families reunite after months of separation, with AAA projecting travel volumes to reach near pre-pandemic levels.

AAA said Tuesday that more than 53 million Americans are expected to travel over the holiday weekend, a sharp rebound in Thanksgiving travel.

The roads will be jam packed as well as airports — especially considering that only 60% of TSA workers had received at least one COVID-19 vaccine dose as of a month ago. The deadline for TSA workers to get their first shot is less than two weeks away.

“Get to the airport early because you’re going to have plenty of company this year. We’re almost back to pre-pandemic levels, so there will be lines at TSA,” AAA spokesperson Andy Gross told CBS News’ transportation correspondent Errol Barnett.

And despite gas prices inching up more than $1 a gallon since last year, 90% of travelers are expected to drive.

“And if you can’t leave for Thanksgiving until, say, Wednesday afternoon, you’re going to be in traffic, particularly around big metropolitan areas. Just be aware of that and plan for it and just be patient,” Gross said.

AAA’s projection follows a day of happy reunions at U.S. airports after the federal government ended pandemic travel restrictions affecting more than 30 countries. One of the first people to fly into the U.S. after the restrictions ended was Bhavna Patel, who saw her grandson for the first time Monday after landing in New York from London.

“How do you describe this feeling? Look, it’s just such a joy, you know?” an emotional Patel told CBS News.

Even with the new wave of international travelers, Monday’s reopening went smoothly, and AAA has some tips on how to keep it that way for your holiday trips. It says travelers should book early-morning flights that are less likely to be delayed or canceled.

Those planning to drive should hit the road Wednesday before noon or Thursday morning if they’re not traveling too far, AAA said. Overall, travelers should make a plan now to save on the stress later.

Tue Nov 9 , 2021
FILE: Chris Sununu, governor of New Hampshire, gestures as he speaks during the Republican Jewish Coalition Bridget Bennett/Bloomberg via Getty Images New Hampshire Republican Governor Chris Sununu announced Tuesday that he will not seek reelection and will instead run for a fourth term.  Sununu’s decision is a blow to national […]