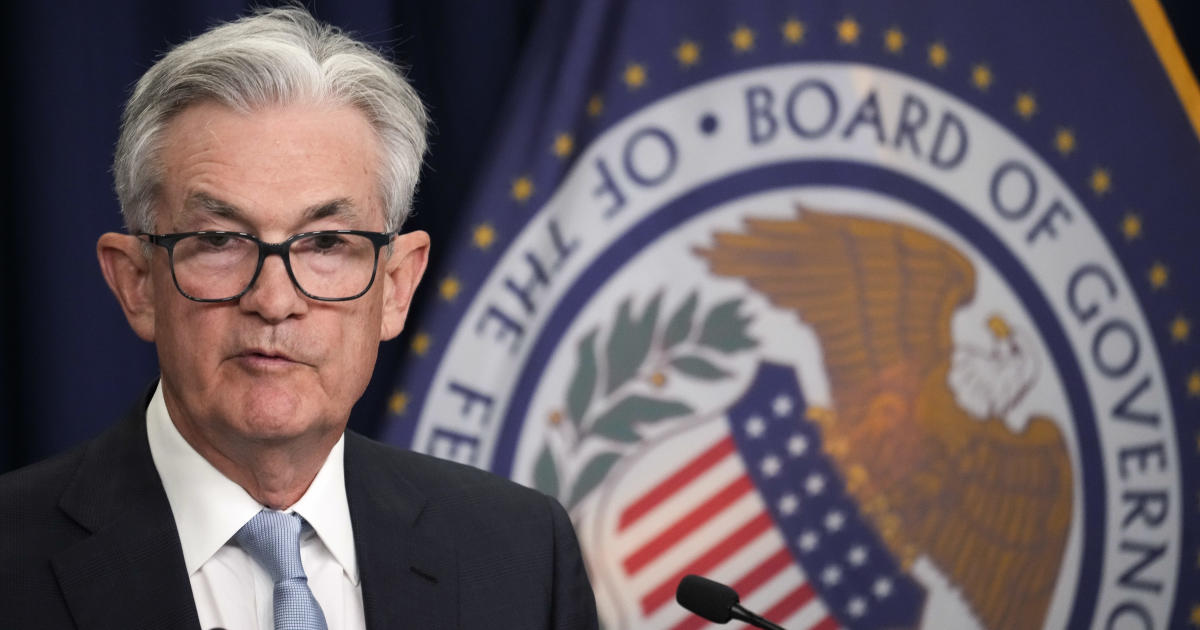 The Federal Reserve on Wednesday is expected to again wield its most powerful weapon in trying to tame the hottest inflation in four decades: raising interest rates.

Forecasters predict the central bank will boost the federal funds rate by another 0.75%, which would mark its third consecutive increase of that size and its fifth rate hike overall this year. With inflation remaining stubbornly high, some economists say the Fed could take an even more drastic step by hiking rates a full percentage point.

Whatever happens, one thing seems clear: It’s about to become even more expensive for consumers and businesses to borrow money. Already, Americans are paying a lot more than they were a year earlier for everything from home loans to credit cards due to rate hikes.

“The Fed has been delivering a ‘tough love’ message that interest rates will be higher, and for longer, than expected,” Bankrate chief financial analyst Greg McBride said in an email ahead of the announcement. “Rates are rising at a pace not seen in decades and to levels not seen in years.”

Given higher costs for borrowing, Americans should focus on paying down their high-cost debt, such as credit cards, and boost their emergency savings as a bulwark against an economic slowdown, McBride recommended.

What rate hikes cost you

But that’s on top of borrowing costs that have already jumped this year.

Will another big hike impact the stock market?

Following disheartening inflation data last week, the market swooned in anticipation of a big rate hike on Wednesday. Even though inflation is cooling slightly, it’s not receding as quickly as economists had hoped. Even more alarming, core inflation data — which excludes volatile food and fuel prices — rose in August.

“[T]he Fed’s rate hikes are not working, at least [not] yet; and that inflation in the real economy is getting worse, not better,” noted Brad McMillan, chief investment officer for Commonwealth Financial Network, in a research note. “Higher rates mean lower stock values.”

That being said, it’s likely that investors on Wednesday will be keyed into what Fed Chairman Jerome Powell signals about the path of future rate hikes.

“Expectations are very hawkish, and the Fed can come out just as expected and still be more dovish than expected,” McMillan said. “That likely limits the market downside from this meeting and just may provide some upside going forward.”

Rates for credit cards have already risen in response to the Fed’s previous rate hikes, with the average APR on a new credit card offer now at 21.59%, or more than 2 percentage points higher than at the start of 2022, according to LendingTree chief credit analyst Matt Schulz.

“2022 has been a pretty brutal year for folks with credit card debt, and unfortunately it is likely to get worse before it gets better,” he said in an email.

Loans with adjustable rates may also see an increase, including home equity lines of credit and adjustable-rate mortgages, which are based on the prime rate.

What’s the impact on mortgage rates?

Fixed-rate home loans, such as 30- and 15-year mortgages, are likely trend higher in the weeks following the Fed’s decision, said Jacob Channel, senior economist for LendingTree, in an email.

That’s bad news for prospective buyers, who are already dealing with sharply higher mortgage rates compared with a year ago. Earlier this month, the average interest rate on a 30-year home loan hit 6% for the first time since 2008.

However, it’s possible that mortgage rates may not move significantly following the Fed’s decision, he added. “Remember that while the Fed’s actions do impact mortgage rates, it doesn’t directly set them,” Channel noted.

If there’s one bright spot from the Fed rate hike, it’s the impact on savings accounts and certificates of deposit.

Interest rates at savings accounts should rise, but it might be slower than one might expect, noted Ken Tumin, a banking expert at DepositAccounts.com. That’s because many banks are “flush with deposits and aren’t aggressively raising deposit rates,” he added.

That’s an improvement on what savers used to get, but it’s still trailing the rate of inflation. With inflation at 8.3% in August, savers are essentially losing money by putting their cash into a savings account earning about 2%. Still, it’s better than the stock market, which this year is down almost 20%.

Could the rate hike cause a recession?

The question is whether Wednesday’s rate hike can help temper inflation without sending the U.S. economy into a recession.

Some economists believe a recession is likely, given that the rate hikes will slow spending from consumers and businesses. At the same time, inflation is causing some Americans to tighten their budgets, which could also weaken the economy given that 70 cents out of every $1 in GDP is tied to consumer spending.

“We expect consumer spending will continue to slow and contract” due to inflation, noted Erik Lundh, principal economist at The Conference Board, a business organization. “We expect a brief and mild recession” in the fourth and first quarters.

Even so, other economists say it’s still possible that the Fed could engineer a “soft landing,” where the economy weakens enough to slow inflation, hiring and wage growth without tumbling into recession.