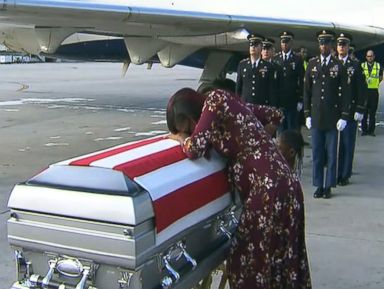 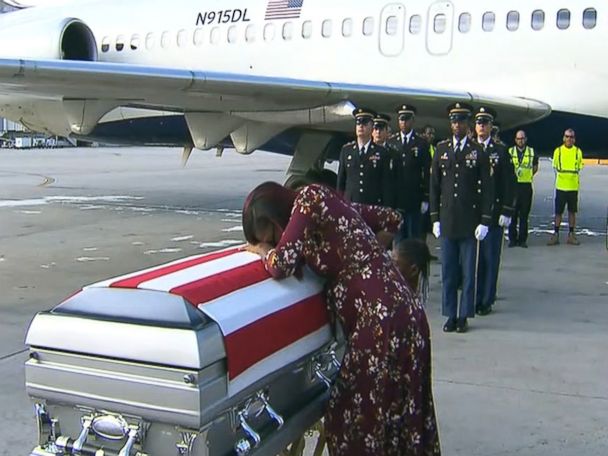 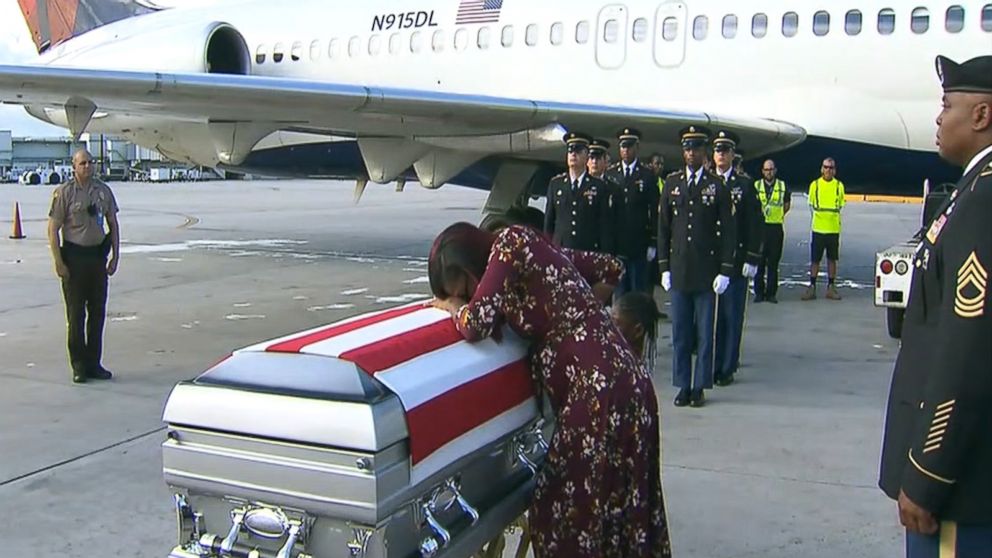 A heartbreaking moment unfolded on the tarmac of a Florida airport Tuesday when the widow of a fallen soldier received her husband’s casket.

Myeshia Johnson, the widow of Sgt. La David Johnson, who was killed during a mission in Niger, was on hand to receive the remains.

Footage of the moment shows a pregnant Myeshia Johnson weeping as she leaned over the flag-covered casket.

She was accompanied by the couple’s 6-year-old daughter, who is seen standing by her mother’s side as Myeshia Johnson sobs for several minutes.

According to local ABC affiliate WPLG, the casket was transported from Miami International Airport on an interstate closed to other traffic. WPLG reported that police officers and firefighters saluted the vehicle along the route to the funeral home in Hollywood, Florida.

Johnson was one of four soldiers killed in Niger when a joint patrol of U.S. and Nigerien forces was ambushed Oct. 4 by militants believed to be linked to ISIS. He was supporting a Green Beret unit on the mission.

The handling of Sgt. Johnson’s death and the response by President Donald Trump has become a controversial flashpoint.