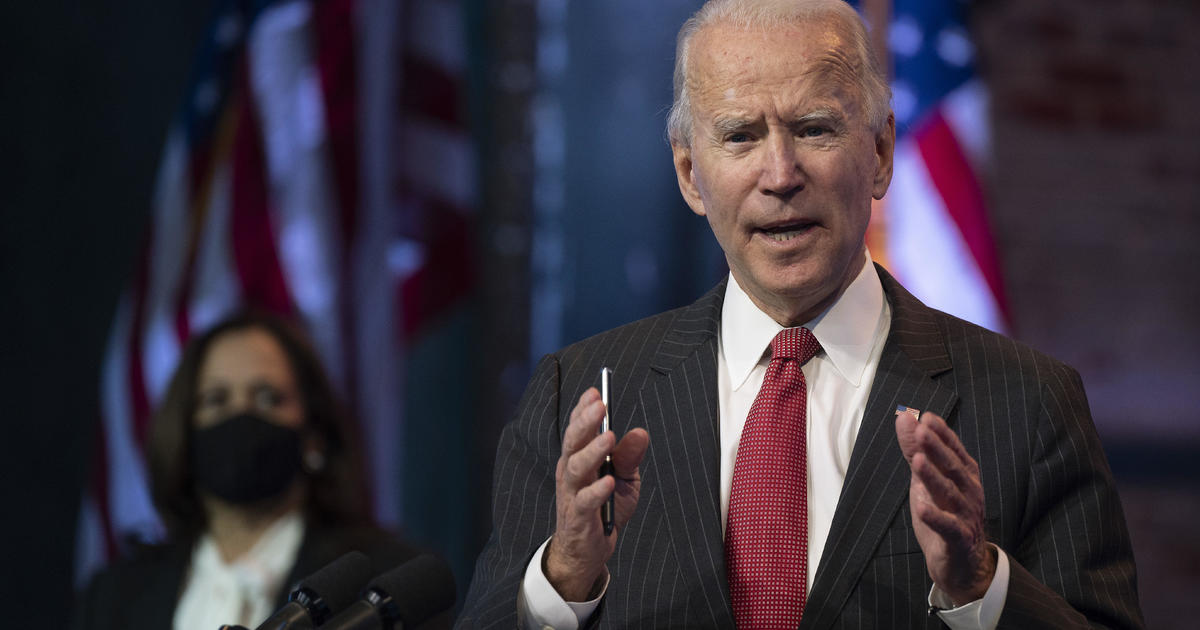 The General Services Administration has told President-elect Joe Biden they’re ready to start the formal transition process, allowing Mr. Biden access to key funding, office space, classified intelligence briefings and agency access, according to a letter GSA sent to reporters. Moments after the letter was released, President Trump tweeted that he has recommended the GSA administrator “do what needs to be done with regard to initial protocols, and I have told my team to do the same” but he said they will still fight.

GSA administrator Emily Murphy, who has been criticized for slowing down the process, informed the Biden team in a “letter of ascertainment” on Monday that it may begin the formal transition process and access the resources that come along with that. The news came on the same day Michigan certified its results, and Pennsylvania is expected to do the same on Monday night.

The Pentagon said Monday night that it is ready to conduct the transition.

The letter is the first significant formal recognition from the Trump administration that Mr. Biden has won the election, and is likely to encourage more Republicans to step out and acknowledge the former vice president’s win. Mr. Trump’s tweet is also the closest he’s come to conceding.

“I want to thank Emily Murphy at GSA for her steadfast dedication and loyalty to our Country,” the president wrote. “She has been harassed, threatened, and abused – and I do not want to see this happen to her, her family, or employees of GSA. Our case STRONGLY continues, we will keep up the good…fight, and I believe we will prevail! Nevertheless, in the best interest of our Country, I am recommending that Emily and her team do what needs to be done with regard to initial protocols, and have told my team to do the same.”

In her letter, Murphy defended the slowness of her decision to formally begin the transition process, and called on Congress to change the law to make it more clear. The law simply states the GSA administrator must “ascertain” the winner in order to begin the formal transition process.

“As stated, because of recent developments involving legal challenges and certifications of election results, I have determined that you may access the post-election resources and services described in Section 3 of the Act upon request,” Murphy wrote. “The actual winner of the presidential election will be determined by the electoral process detailed in the Constitution.”

Murphy wrote that she has faced “threats online, by phone, and by mail directed at my safety, my family, my staff, and even my pets in an effort to coerce me into making this determination prematurely.”

The Biden transition team reacted swiftly to the GSA’s determination.

“The GSA Administrator has ascertained President-elect Joe Biden and Vice President-elect Kamala Harris as the apparent winners of the election, providing the incoming administration with the resources and support necessary to carry out a smooth and peaceful transfer of power,” said Biden transition head Yohannes Abraham. “In the days ahead, transition officials will begin meeting with federal officials to discuss the pandemic response, have a full accounting of our national security interests, and gain complete understanding of the Trump administration’s efforts to hollow out government agencies.”

The Electoral College will meet to vote to certify the election results on December 14.

Below is the letter from GSA Administrator Emily Murphy:

As the Administrator of the U.S. General Services Administration, I have the ability under the Presidential Transition Act of 1963, as amended, to make certain post-election resources and services available to assist in the event of a presidential transition.  See 3 U.S.C. § 102 note (the “Act”).  I take this role seriously and, because of recent developments involving legal challenges and certifications of election results, am transmitting this letter today to make those resources and services available to you.

I have dedicated much of my adult life to public service, and I have always strived to do what is right.  Please know that I came to my decision independently, based on the law and available facts.  I was never directly or indirectly pressured by any Executive Branch official—including those who work at the White House or GSA—with regard to the substance or timing of my decision.  To be clear, I did not receive any direction to delay my determination.  I did, however, receive threats online, by phone, and by mail directed at my safety, my family, my staff, and even my pets in an effort to coerce me into making this determination prematurely.  Even in the face of thousands of threats, I always remained committed to upholding the law.

Contrary to media reports and insinuations, my decision was not made out of fear or favoritism.  Instead, I strongly believe that the statute requires that the GSA Administrator ascertain, not impose, the apparent president-elect.  Unfortunately, the statute provides no procedures or standards for this process, so I looked to precedent from prior elections involving legal challenges and incomplete counts.  GSA does not dictate the outcome of legal disputes and recounts, nor does it determine whether such proceedings are reasonable or justified.  These are issues that the Constitution, federal laws, and state laws leave to the election certification process and decisions by courts of competent jurisdiction.  I do not think that an agency charged with improving federal procurement and property management should place itself above the constitutionally-based election process.  I strongly urge Congress to consider amendments to the Act.

As you know, the GSA Administrator does not pick or certify the winner of a presidential election.  Instead, the GSA Administrator’s role under the Act is extremely narrow: to make resources and services available in connection with a presidential transition.  As stated, because of recent developments involving legal challenges and certifications of election results, I have determined that you may access the post-election resources and services described in Section 3 of the Act upon request.  The actual winner of the presidential election will be determined by the electoral process detailed in the Constitution.

Section 7 of the Act and Public Law 116-159, dated October 1, 2020, which provides continuing appropriations until December 11, 2020, makes $6,300,000 available to you to carry out the provisions of Section 3 of the Act.  In addition, $1,000,000 is authorized, pursuant to Public Law 116-159, to provide appointee orientation sessions and a transition directory.  I remind you that Section 6 of the Act imposes reporting requirements on you as a condition for receiving services and funds from GSA.

If there is anything we can do to assist you, please contact Ms. Mary D. Gibert, the Federal Transition Coordinator.

When will the world reach ‘herd immunity'? Citi weighs in

Tue Nov 24 , 2020
A sign on the entrance to a pharmacy reads “Covid-19 Vaccine Not Yet Available” in Burbank, California on Nov. 23, 2020. Robyn Beck | AFP | Getty Images SINGAPORE — With several Covid-19 vaccine candidates showing promising trial outcomes, investors and analysts have turned increasingly optimistic that the pandemic could […]