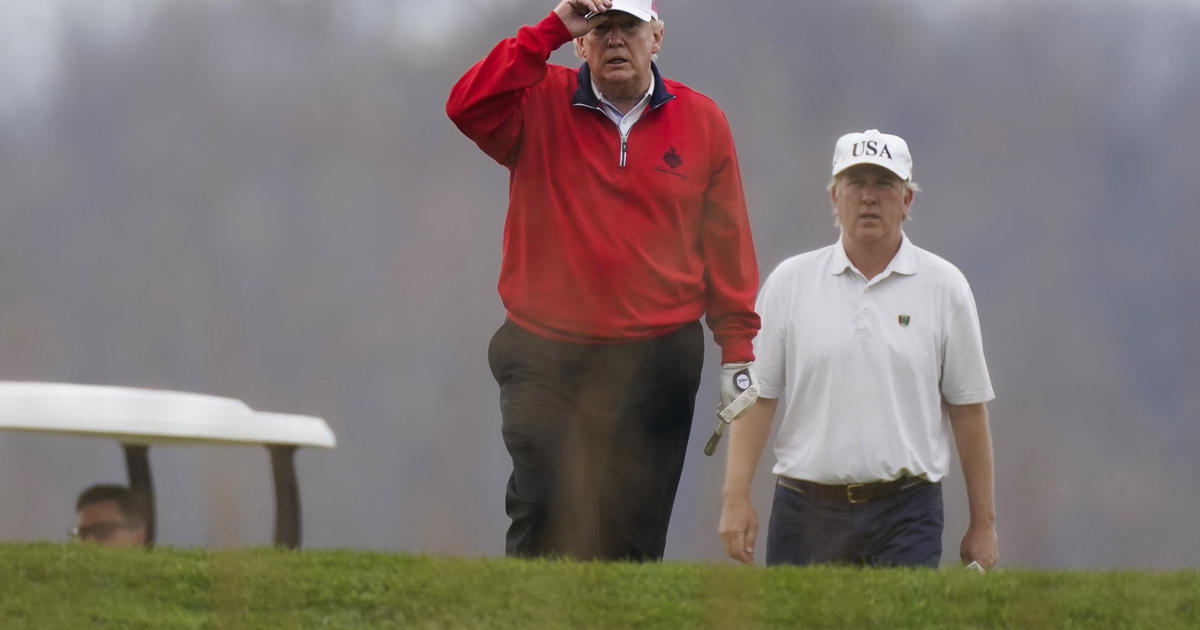 A small, but growing, number of Republicans have a message for President Trump: The election is over and he lost. Now it’s time to move on.

“I have been a supporter of the president’s. I voted for him twice,” Christie said Sunday on ABC’s “This Week.” “But elections have consequences, and we cannot continue to act as if something happened here that didn’t happen.”

On Saturday, the Trump campaign suffered a big loss as a federal judge in Pennsylvania dismissed a lawsuit trying to invalidate millions of votes in that state as full of “strained legal arguments” that were “unsupported by evidence.”

Maryland Governor Larry Hogan, a popular Republican in a fiercely Democratic state, told the president Sunday to “stop golfing and concede,” after Mr. Trump called him a “RINO,” or Republican in name only. Hogan and his wife secured critical testing equipment on their own when the federal government failed to come through. Hogan recognized Biden’s victory on November 7, the day major networks including CBS News called the race for the president-elect.

“If you had done your job, America’s governors wouldn’t have been forced to fend for themselves to find tests in the middle of a pandemic, as we successfully did in Maryland,” Hogan quote-tweeted the president. “Stop golfing and concede.”

Mr. Trump, who has only had a handful of public events since the election, was at his Virginia golf club when Hogan tweeted.

Republican Fred Upton, a congressman from Michigan, also expressed that the election is over for the president, at least in Michigan, as the president’s team presents baseless accusations of mass fraud. Upton said there is no such evidence, and the Trump campaign has been unable to present such evidence in court.

On Saturday, Republican Senator Pat Toomey of Pennsylvania issued a statement congratulating Mr. Biden and Harris after the dismissal of the Trump campaign lawsuit in Pennsylvania.

“With today’s decision by Judge Matthew Brann, a longtime conservative Republican whom I know to be a fair and unbiased jurist, to dismiss the Trump campaign’s lawsuit, President Trump has exhausted all plausible legal options to challenge the result of the presidential race in Pennsylvania,” Toomey wrote. “I congratulate President-elect Biden and Vice President-elect Kamala Harris on their victory. They are both dedicated public servants and I will be praying for them and our country.”

A number of Senate Republicans have urged the Trump administration to at least allow President-elect Joe Biden access to classified briefings, something he currently does not have. Vice President-elect Kamala Harris does have access to classified briefings, but only because she is a current member of the Senate Judiciary Committee, and she cannot share that information with Mr. Biden.

Sun Nov 22 , 2020
Bryn Mawr Trust’s Jeff Mills sees the recovery hitting major speed bumps tied to the new wave of lockdowns. But the top investor refuses to turn bearish on economically sensitive stocks — even if GDP turns negative. “The market is telling us it’s going to look past the slowdown that […]