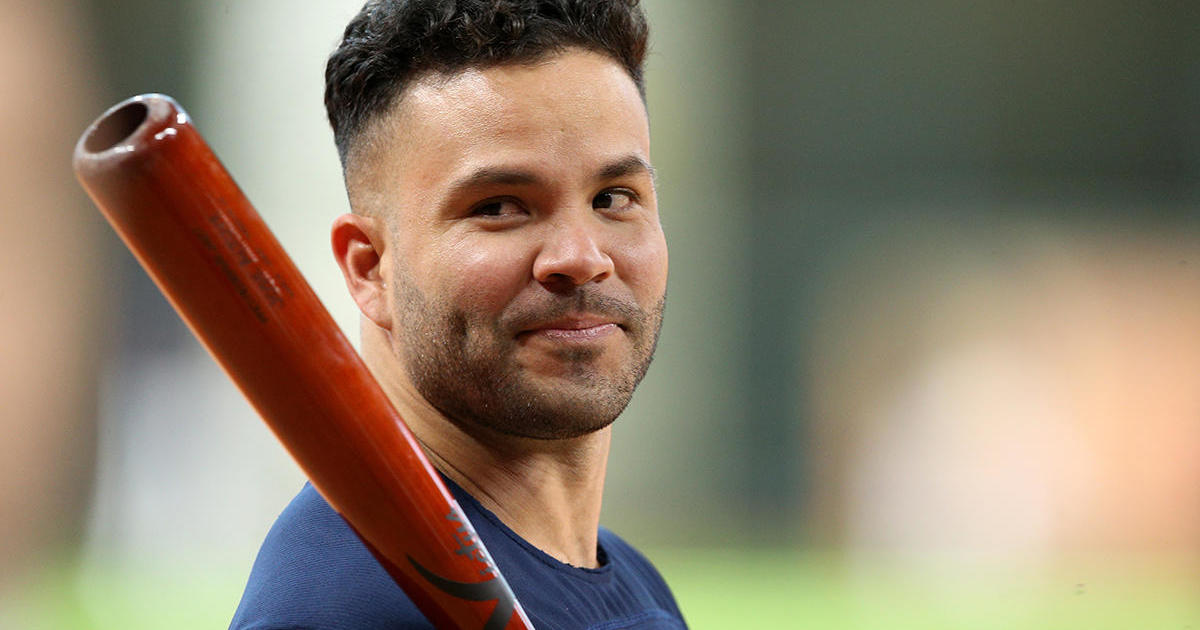 A young girl battling cancer met her favorite Houston Astros player Tuesday before he took the field for Game 1 of the World Series. Abigail Arias, who has tumors in both of her lungs, went to the Astros clubhouse to meet him, CBS Houston affiliate KHOU reports.

“Thank you to Jose Altuve for taking the time to meet with Abigail,” Arias’ father, Ruben, wrote in a Facebook post commemorating the day. “Abigail gifted him with her Relentless Shirt and he immediately put it in as well as her bracelet. He said he would wear it during the game. A very emotional time and amazing fellowship.”

“Abigail was so excited to have been given this opportunity to,” Ruben added. “She even asked him is he could hit a home run for her.”

In photos with Arias, Altuve wore a t-shirt that she designed. The company Relentless Defender is selling the shirt, and a portion of the profits from each sale goes towards Arias’ medical bills. Arias also inspired the nonprofit Officer 758’s Cancer Fight Foundation, which helps other children battling cancer, KHOU reports.

In February, Arias fulfilled her dream of becoming a police officer, and was sworn in as an honorary officer in her home of Freeport. She also recently accepted an invitation to the White House.

Ruben Arias has asked for continued support for his daughter as his family prepares her for hospice care. KHOU reports that the family remains hopeful for further potential treatment options.