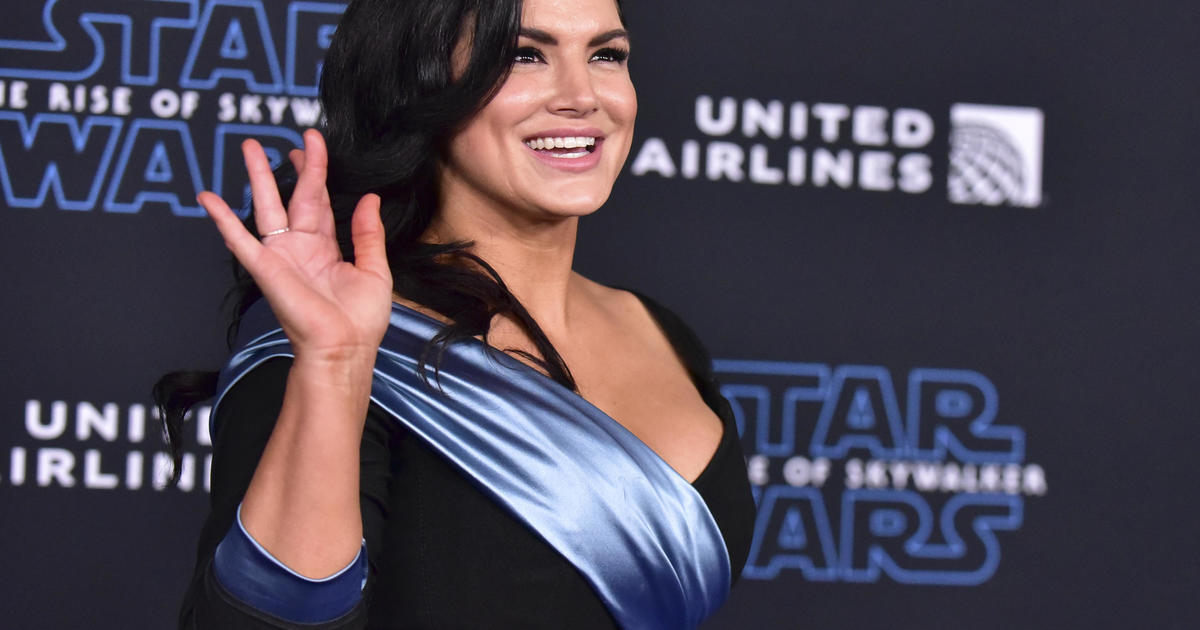 Gina Carano is no longer part of “The Mandalorian.” The actress, who plays Cara Dune on the “Star Wars” TV series, has been dropped by Lucasfilm, and thus the sci-fi franchise as a whole.

“Gina Carano is not currently employed by Lucasfilm and there are no plans for her to be in the future,” a Lucasfilm spokesperson told Entertainment Tonight on Wednesday. “Nevertheless, her social media posts denigrating people based on their cultural and religious identities are abhorrent and unacceptable.”

Carano has also been dropped by her agency, UTA, according to multiple reports.

ET has reached out to Carano’s reps for comment.

Carano’s termination from the series comes a day after the actress shared two controversial political posts to social media that generated swift backlash among fans.

In one post, Carano compared the divided American political climate to Nazi Germany, with remarks likening conservative Republicans to Jewish people being targeted for their beliefs.

“Jews were beaten in the streets, not by Nazi soldiers but by their neighbors…even by children. Because history is edited, most people today don’t realize that to get to the point where Nazi soldiers could easily round up thousands of Jews, the government first made their own neighbors hate them simply for being Jews. How is that any different from hating someone for their political views?” stated Carano’s post, which was a screenshot of someone else’s Instagram post.

The posts — which sparked multiple hashtags among fans calling for Carano’s termination from the show — are the latest examples of politically charged posts that have generated backlash toward the outspoken conservative actress and avowed supporter of Donald Trump.

Carano has played a recurring main character on “The Mandalorian” since the first season.

This article originally appeared in ETOnline.

Thu Feb 11 , 2021
A box containing vials of the AstraZeneca Covid-19 vaccine is pictured at the Foch hospital in Suresnes, on February 6, 2021, on the start of a vaccination campaign for health workers with the AstraZeneca/Oxford vaccine. Alain Jocard | AFP | Getty Images AstraZeneca has reported a 10% rise in product […]