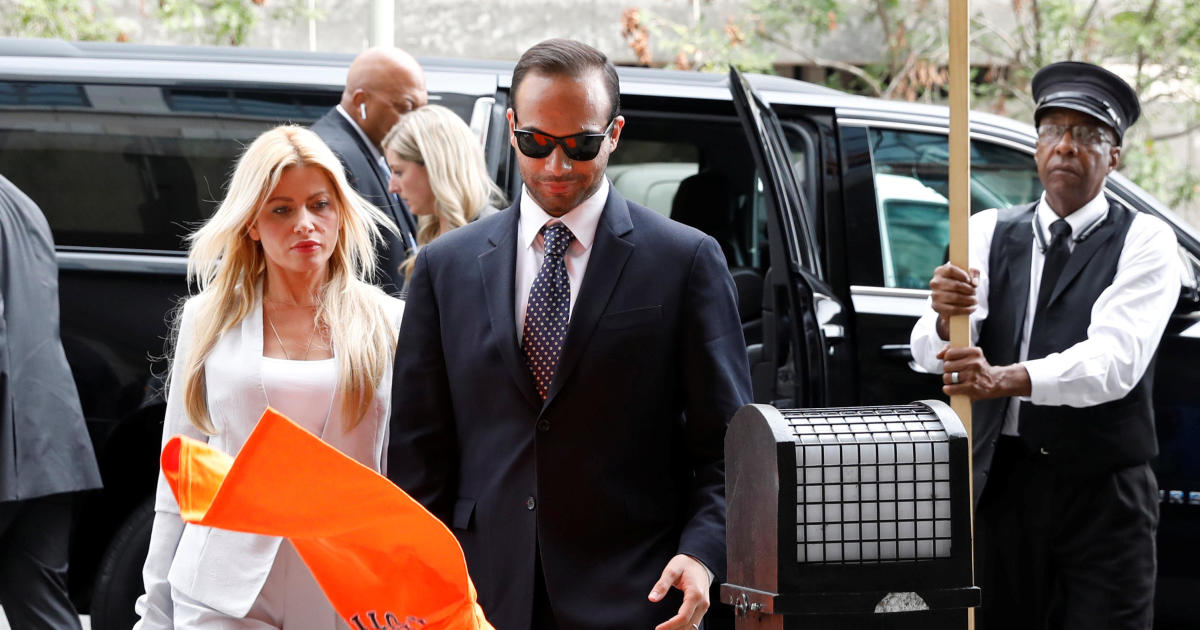 George Papadopoulos, the former Trump campaign adviser who sought to broker a meeting between Donald Trump and Vladimir Putin during the 2016 presidential campaign, was sentenced to 14 days in prison and 12 months of supervised release on Friday for lying to the FBI about his contacts with foreign nationals during the campaign. He will also have to complete 200 hours of community service and pay a fine of $9,500.

Papadopoulos is the first person who faced criminal charges related to interactions between Trump campaign associates and Russian interests during the 2016 presidential campaign.

Mr. Trump appeared to respond to the news of his former aide’s sentencing Friday, tweeting, “14 days for $28 MILLION – $2 MILLION a day, No Collusion. A great day for America!”

Ahead of the sentencing, Papadopoulos’ attorney Thomas Breen then spoke on his client’s behalf, saying, “The president of the United States hindered this investigation more than George Papadopoulos could have.”

Papadopoulos also spoke and expressed his deep regret. He said he “hopes to have a second chance” and cautioned that this investigation as “global implications.”

In an interview with the New York Times published immediately after his sentencing, Papadopoulos said he lied, “Because as far as I can remember, at the time — it’s hard to pin exactly what was going through my mind over an F.B.I. interview. I wanted to distance myself as much as possible and Trump himself, and the campaign from what was probably an illegal action or dangerous information.”

Papadopoulos’ parents told CBS News’ Jeff Pegues they are thrilled with the sentence, and praised the judge for going easy on their son. Papadopoulos’ mother, Kiki, said her son has “been through hell.”

Papadopoulos also told CNN that then-Sen. Jeff Sessions embraced his suggestion that Mr. Trump and Russian President Vladimir Putin meet — contradictory to what Sessions told Congress. He also claimed he never told anyone on the Trump campaign about Russian dirt, but couldn’t say with certainty that information didn’t make its way to others on the Trump campaign.

Papadopoulos was on the campaign’s foreign policy team, but Trump aides have downplayed his role and said had no access to Mr. Trump. The president, too, has distanced himself and did so again Friday, hours before Papadopoulos’ sentencing.

“I don’t know Papadopoulos, I don’t know,” Mr. Trump told reporters Friday. “I saw him sitting in one picture at a table with me. That’s the only thing I know about him.”

Ahead of his sentencing, Papadopoulos asked the court to give him probation for his charge of lying to the FBI, claiming he was “young” and lied out of “misguided loyalty to his master.” The special counsel recommended a sentence of up to six months.

During the campaign, Papadopoulos met with Professor Joseph Mifsud in London, who introduced him to a woman named Olga who had told Papadopoulos she was a niece of Vladimir Putin. The two said they could set up a meeting between the Trump campaign and Russian government officials.

Papadopoulos joined Mr. Trump and Sessions at the Trump campaign national security meeting on March 31, 2016, the filing says. There, Papadopoulos made the offer to set up a meeting between Mr. Trump and Putin.

Later, the professor introduced him to Ivan Timofeev, who claimed to have a connection to the Russian Ministry of Foreign Affairs.

At an April 26, 2016 meeting, Mifsud told Papadopoulos that people in Moscow had “dirt,” “thousands of emails” on Hillary Clinton, according to the filing. The meeting between Mr. Trump and Putin never took place.

During his FBI interview on January 27, 2017, “George found himself personally conflicted during the interrogation.” The memo says he gave the FBI “misleading” information about his contact with Mifsud, Olga and Timofeev.

The special counsel’s view of Papadopoulos is that his “lies negatively affected the FBI’s Russia investigation” and his “lies were not momentarily lapses,” a government filing said.

Following the sentencing Friday, House Intelligence Committee Ranking Member Rep. Adam Schiff, D-Calif., said Mueller must be given the “time and space” to complete his work. Trump allies have called on Mueller to wrap up his investigation immediately.

“In little over a year, the special counsel has obtained eight convictions, and charged an additional twenty-six individuals and three corporations, including many Russians. He must be given the time and space to complete his work in a comprehensive manner, and the president and his congressional allies must cease their efforts to undermine this important investigation.”

Clare Hymes and Robert Legare contributed to this report.

5 apps that earn you money

Fri Sep 7 , 2018
If you’re looking for easy ways to earn extra cash, you don’t need much more than your cell phone. There are apps out there designed to bring the money to you. Below, CNBC Make It rounded up five apps that can help you get cash back or grow your money […]