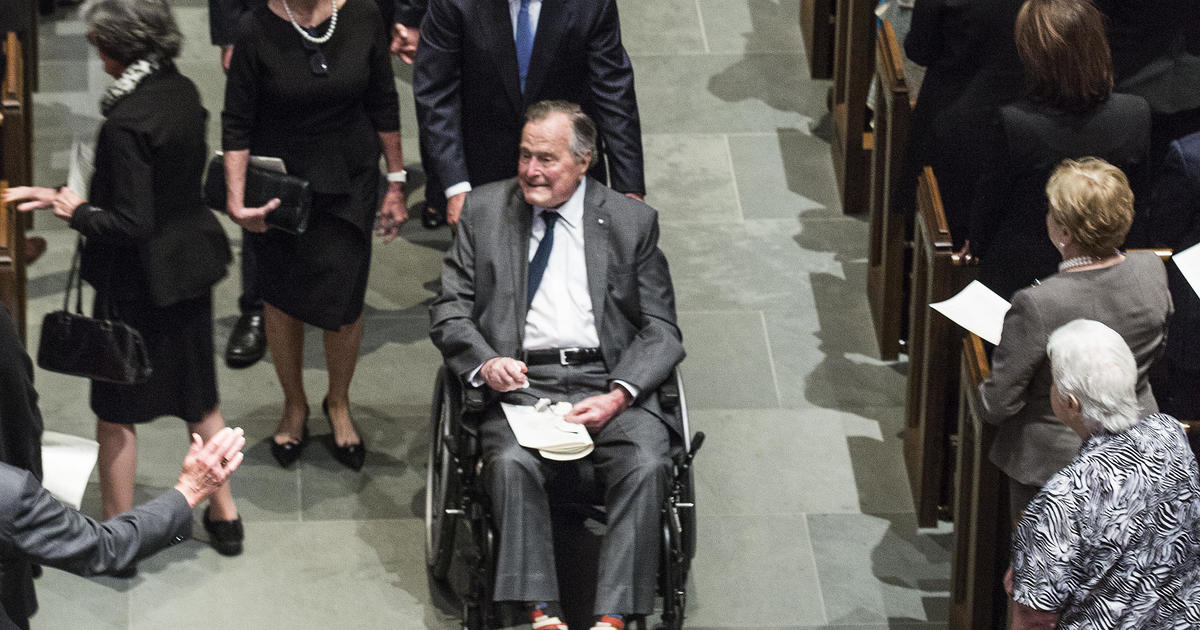 Former President George H.W. Bush has been moved from intensive care to a regular patient room at Houston Methodist Hospital, his office said in a statement Wednesday, and he’s “expected to continue his recovery there for several more days.” He is “alert and talking with hospital staff, family and friends, and his doctors are very pleased with his progress,” according to his office.

The 41st president, who is 93 years old, was hospitalized Sunday with an infection that spread to his blood. His wife, former first lady Barbara Bush, was buried Saturday. She died Tuesday at their Houston home at the age of 92. The two were married for 73 years. During Friday’s public viewing of Barbara Bush’s casket, Bush offered his hand to many of the nearly 2,500 people who walked through the church to pay their respects.

Bush, who has a form of Parkinson’s disease, uses a wheelchair and electric scooter to get around. In 2017, he was hospitalized for about two weeks with pneumonia and chronic bronchitis.

Bush’s office also said that while he’s thankful for the prayers and good wishes, “as good as he feels now, he is more focused on the Houston Rockets closing out their playoff series against the Minnesota Timberwolves than anything that landed him in the hospital.”