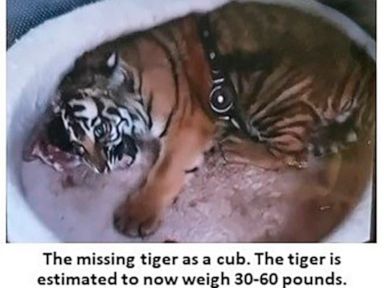 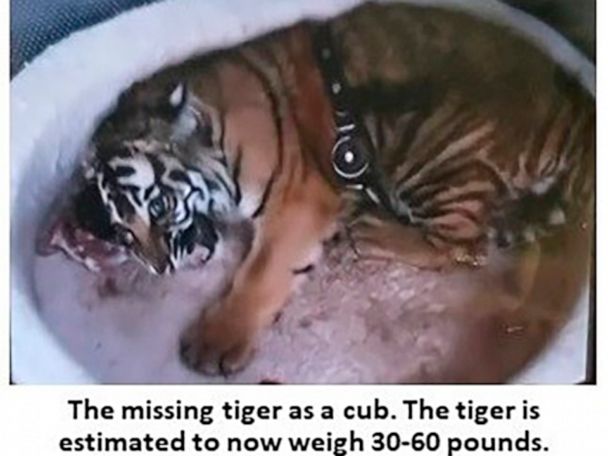 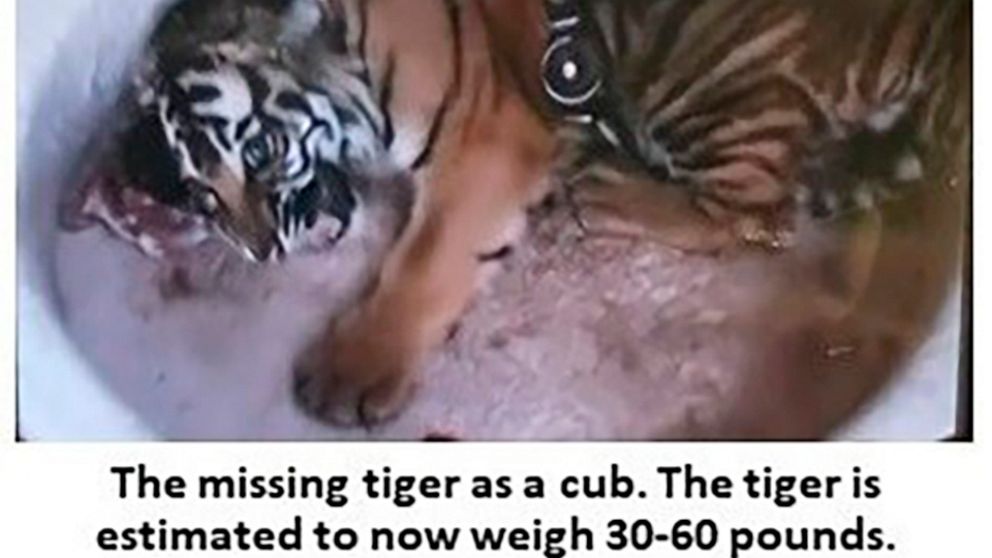 Authorities in New Mexico found an alligator and large quantities of drugs, guns and money at two homes in Albuquerque last month, but they’re still searching for a young tiger they think is being being illegally kept as a pet

ALBUQUERQUE, N.M. — An alligator, drugs, guns and money were seized during a raid at two homes in Albuquerque last month, but New Mexico wildlife officials said Saturday they are still searching for a young tiger they believe is being illegally kept as a pet.

Investigators think the tiger is with someone “in New Mexico or a nearby state,” New Mexico Department of Game and Fish conservation officers said in a statement

The animal was believed to be less than 1 year old and weigh under 60 pounds (27 kilograms), but tigers can grow to 600 pounds (272 kilograms), the department said, calling large meat-eating animals such as tigers and alligators a clear danger to the public.

Wild tigers are listed globally as an endangered species. Alligators were listed as endangered in the U.S. from 1967 to 1987, but today thrive in the wild.

The alligator seized by authorities is about 3 feet (almost 1 meter) long. It was taken to a wildlife facility after state conservation officers and federal, state and local police served search warrants Aug. 12.

Sat Sep 10 , 2022
Good as she’s been this year, Iga Swiatek came to the U.S. Open unsure of what to expect. She complained that women use different, slightly lighter, tennis balls than the men do at Flushing Meadows, where she’d never been past the fourth round. She was trying to grow accustomed to […]