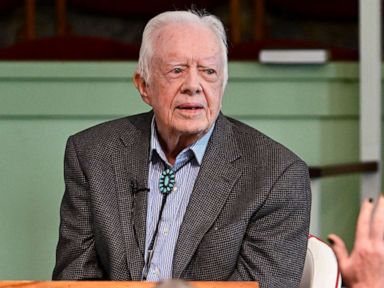 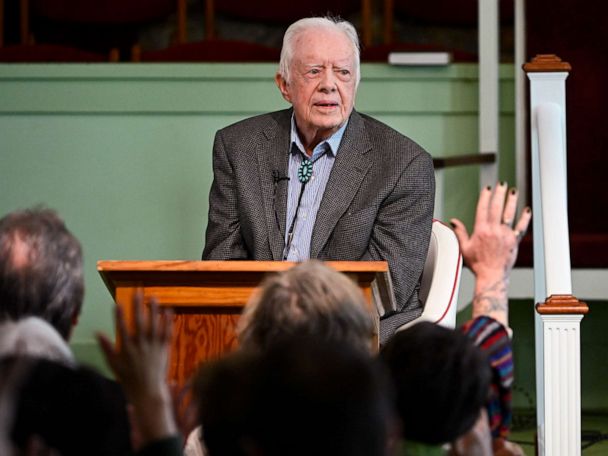 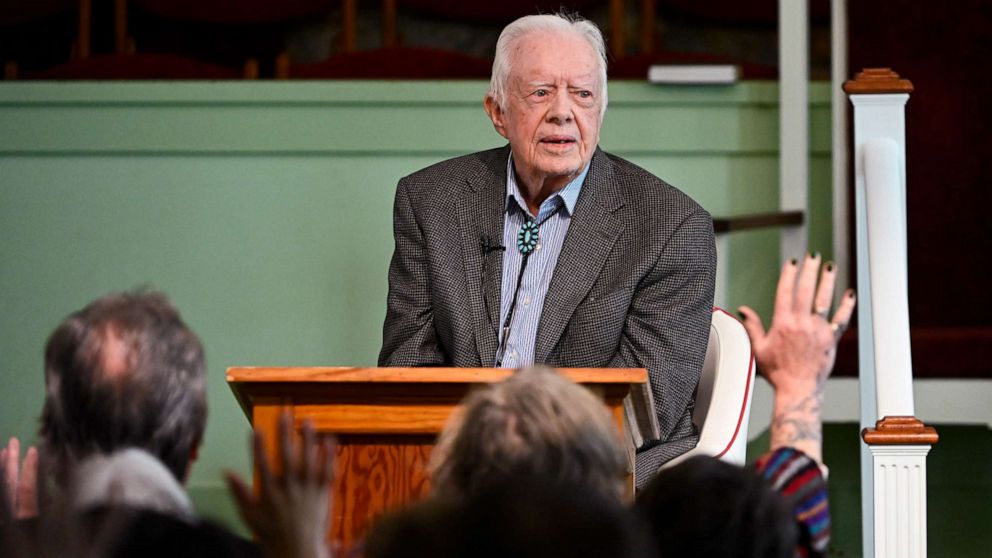 Former President Jimmy Carter was hospitalized on Monday for a procedure to relieve pressure on his brain, caused by bleeding due to his recent falls, a spokesperson said.

Carter, the oldest living ex-U.S. president, was admitted to Emory University Hospital in Atlanta on Monday evening ahead of the procedure, which is scheduled to take place Tuesday morning.

A spokesperson for the family said he was “resting comfortably, and his wife, Rosalynn, is with him.”

Carter, 95, was recently hospitalized after fracturing his pelvis on Oct. 21. — the most recent of three falls this year.

Carter had to get stitches above his brow after falling at his ranch house in rural Plains, Georgia, on Oct. 6. And in May, he underwent surgery after falling and breaking his hip while he was leaving to go turkey hunting.

The nation’s 39th president made headlines earlier this month when he opened up about being “at ease with death” during a Sunday school service near his home in Georgia.

“I assumed naturally that I was going to die very quickly,” said Carter, referring to his cancer diagnosis in 2015. “I said a prayer about it; I didn’t ask God to let me live, I found that I was absolutely and completely at ease with death.”

During Sunday’s service he said his only concern about dying was missing his family and loved ones, but said that he realized, as a Christian, he would see them again.

Carter was elected president in 1976, defeating Republican Gerald Ford, but served just one term before his loss to Ronald Reagan in 1980. Since his presidency, he’s dedicated himself to charitable causes, such as Habitat for Humanity.