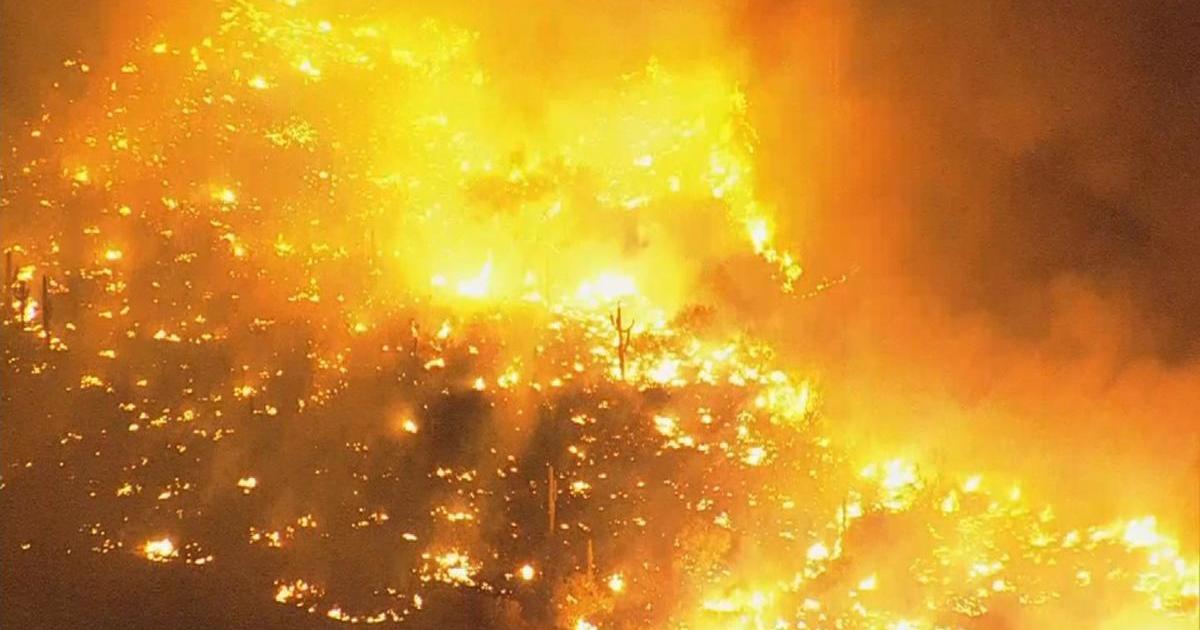 More than 100 firefighters dealt with two brush fires on Friday and Saturday, with one spreading to over 1,200 acres by Saturday afternoon and the fast-moving Hot Springs fire spread to more than 100 Saturday afternoon. No structures appeared to threatened and there have been no injuries yet.

The Dove Fire, which was first tracked on Friday, spread to 1,219 acres on Saturday and was 50% contained, the Arizona Department of Forestry tweeted. The fire started six miles east of Wittman, and its cause was unclear. At least 100 firefighters were battling the blaze on Saturday morning, KPHO reported.

“Fire activity is minimal, smoldering and creeping. Smoke may continue to linger,” the Arizona Department of Forestry tweeted Saturday night.

The fire scorched a large desert area near some homes located in a desert ranch setting, CBS Phoenix affiliate KPHO reported. Horses were seen in corrals near active flames as people were trying to calm them and protect them from the fire.

“It just kept growing up this way and then it was growing out this way,” homeowner Mary Koenig told KPHO. “We had to try and get the horses out because it was burning up alongside the corral.”

State Route 74 was closed for several hours Saturday afternoon as a result of the Hot Springs fire.

War-damaged veteran kills his girlfriend; Was PTSD to blame?

Sun May 26 , 2019
Produced by Chris Young Ritzen [This story previously aired on Nov. 11, 2011] (CBS) SAN CLEMENTE, Calif. – “That day and what happened that day is gonna be with me until the day I die. It’s something I carry on my conscience every day,” John Needham explained. “I just can’t […]